While it should come as no surprise that the number of women in senior and middle management positions has increased significantly over the past 20 years, a new study claims that female leaders are thriving in unlikely regions across the globe.

Of any country on earth, Jamaica boasts the highest proportion of women managers -- 59.3 percent -- according to a study by the International Labor Organization (ILO), a United Nations agency that works to uphold labor rights.

The United States is fifteenth on this list (42.7 percent), while, at the other end of the spectrum, Pakistan counts the smallest proportion of female leaders, a meager 3 percent. 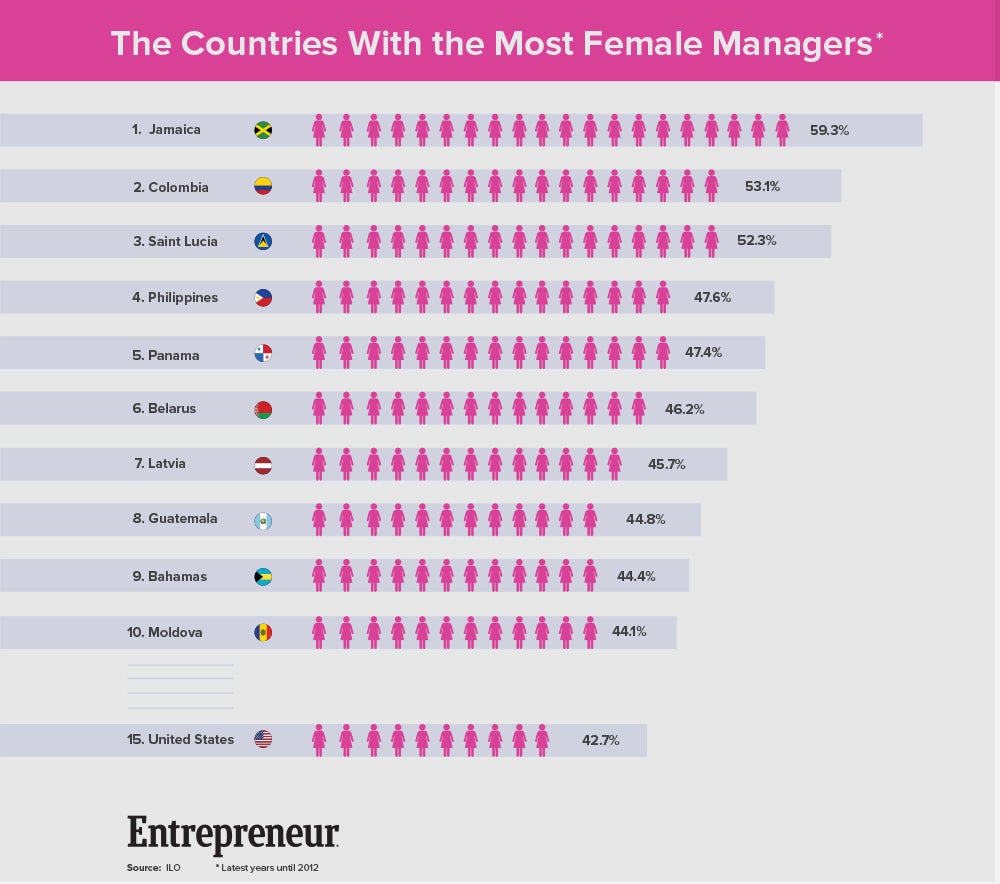 Related: Shark Tank Star Lori Greiner: I Never Think of Myself as a Female in Business

The study also notes that Norway counts the highest global proportion of companies featuring women as the chair of the board (13.3 percent), followed closely by Turkey (11.1 percent).

Though the ILO states that an increase in female leadership has been a key driver of overall competitiveness and global growth, there is still work to be done. Women own and manage over 30 percent of the world’s businesses, but rather than major corporations, they are more likely to be found at the helm of “micro and small enterprises.”

For additional findings, check out the study in full right here.

Related: The Highest-Paid Female CEO in America Was Born Male