Android Just Achieved Something It Will Take Apple Years to Do

It's easy to be negative about Android's outlook these days. Apple just posted the most profitable quarter of any company ever, largely on the back of runaway iPhone sales.

And Google faces an unprecedented threat from "forked" versions of Android — independently developed offshoots of the mobile operating system that are out of Google's control.

Despite this, new figures show that Android isn't going anywhere, at least not soon. Strategy Analytics last week revealed that Android reached a huge new milestone in 2014. For the first time ever, more than 1 billion devices were shipped with the Android OS.

Microsoft's 3% market share is little more than a footnote, and all others combined come to less than 1%. 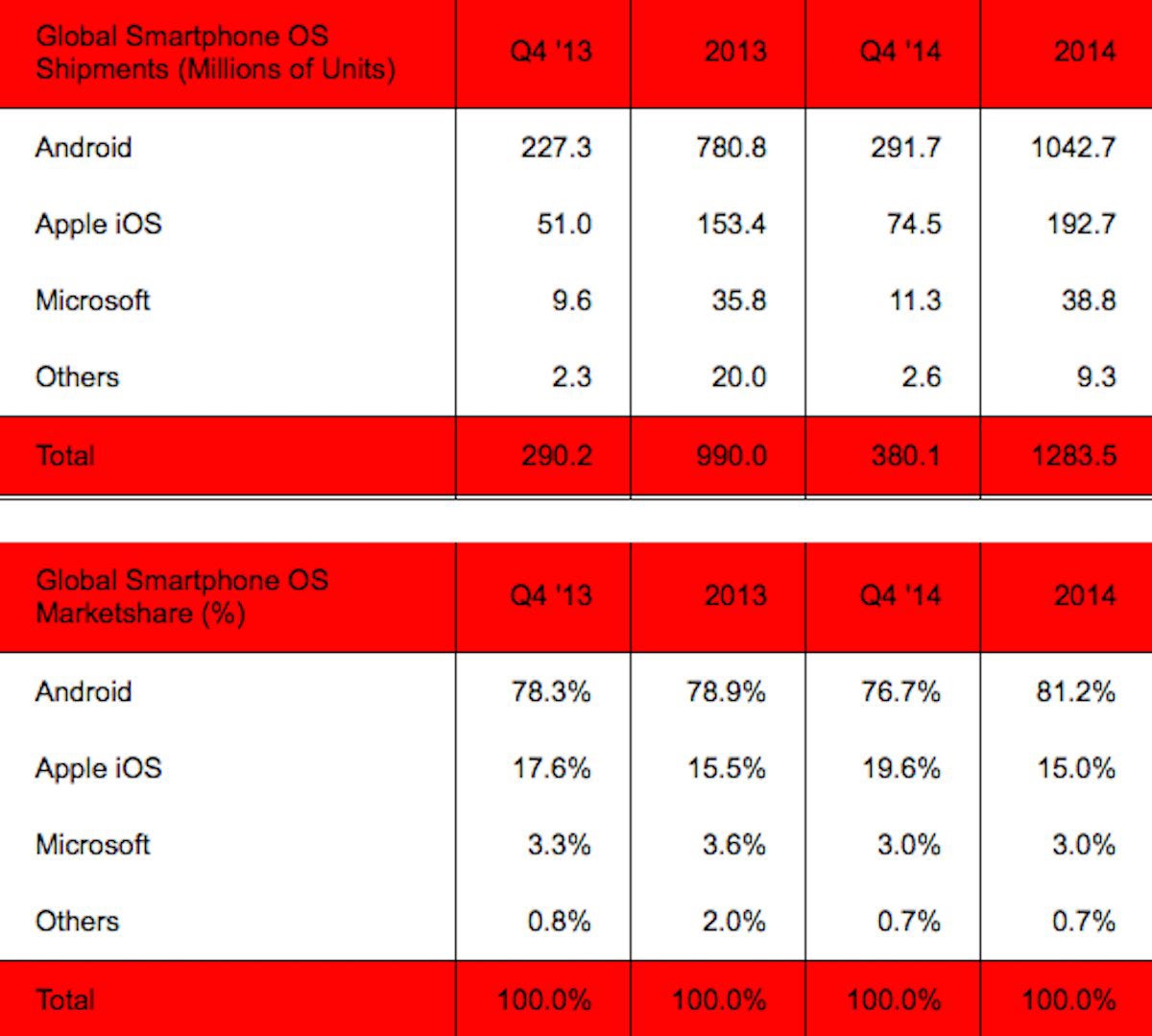 This record-breaking lead means that Android's future is assured for years to come. Sure, Apple's platform is still consistently more profitable than Google's, with iOS users spending more on apps. But in the numbers game, Android is unassailable.

This is especially the case in the lower end of the market. While Apple is expanding into emerging economies like China in a big way, it is doing so by targeting high-end consumers. And it is manufacturers of higher-end Android devices, like Samsung, that are losing out as a result.

But for hundreds of millions of people in developing countries, Apple devices are out of reach. And unless Apple dramatically rethinks its pricing strategy (unlikely), they will remain so for years to come. Android users may not have the purchasing power of Apple's wealthy minority, but the OS' grip on the market is untouchable.

Here's Why Bill Gates Still Prefers Android Instead of iPhone