Want a 3-D Printed Selfie? There's an App for That.

By Arjun Kharpal March 2, 2015
This story originally appeared on CNBC 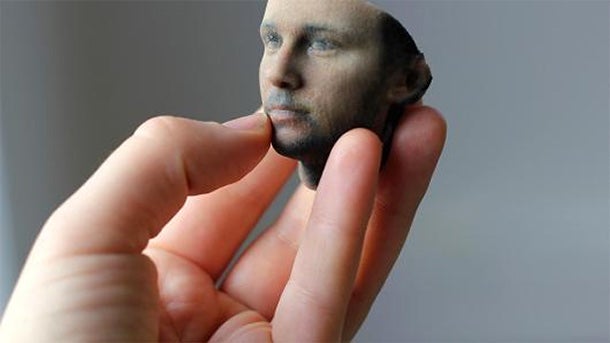 Ever wanted a 3D printing of your selfie? Well you're in luck.

Swiss company Dacuda and Swedish company Volumental have developed a mobile app that allows selfie-lovers to have their picture printed in 3D.

Users can take a picture using their smartphone or tablet, moving it from left to right in front of their face. This will create a 3D rendering of their face. They will then be able to send the picture to a 3D printing company and receive a 3D version of their face in the post.

Alexander Ilic, the founder of Dacuda, told CNBC that he anticipates many people won't own their own 3D printer, but the technology will become so cheap that having a selfie delivered will be plausible.

"We expect people won't have a 3D printer quickly but we think the technology will become more affordable," Ilic said in an interview.

The app is so far compatible with Apple's iOS devices from the iPhone 5 range and above. iPads can also be used. Ilic said the app can work on Android version 5.0, but only on certain devices that have compatible camera software.

Dacuda is showing off the technology on a Dell tablet, which uses a compatible version of the Android operating system, at Mobile World Congress in Barcelona this week.

Taking advantage of the selfie trend has become a battleground for device makers as they all look to outdo each other on the specs of their smartphones' front cameras.

Dacuda's app is taking advantage of this trend. Ilic said the software is set for a global roll out in the third quarter of this year and will likely be free, with the company earning money by taking a cut of revenues from the companies printing the 3D selfie.