Scents and Sensibility: How This Historic Perfumery Is Innovating

A whiff of something sweet hangs in the air at Via della Scala in Florence, Italy. It could be the cabbage rose, a flower that grows on the hills of Tuscany; orange blossoms from the trees of Sicily; or perhaps it is the heady smell of success for a company that traces its roots back several centuries.

Just a few steps from the city’s main train station sits Officina Profumo Farmaceutica di Santa Maria Novella (SMN), a 400-year-old perfume and beauty-product company that grew from the methods Dominican friars once used to cultivate medicinal herbs for a convent infirmary. Though SMN’s operations have expanded past these halls (there’s now a factory just three miles away), the company preserved its original premises, including its vaulted ceilings and frescoes. Still, says commercial director Gianluca Foà, SMN is not “just a museum. We’re an innovative company competing in an international market.”

Now a purely secular undertaking, SMN sells traditional essences with recipes that date back hundreds of years, along with contemporary beauty products, oils and perfumes. The company boasts more than 60 stores—including openings last year in Paris, Moscow and Naples, Italy. SMN also wholesales its products to retailers around the world, including Australia’s Franque and London-based Net-A-Porter. North American distribution is handled through LAFCO New York. SMN had revenue of $22.5 million in 2014 and says it is on target to reach $27 million this year. 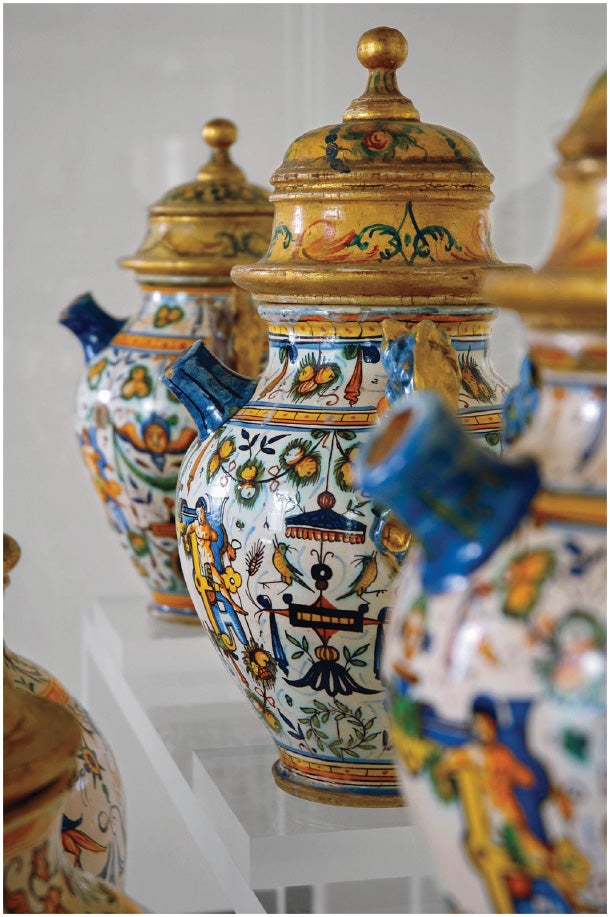 It’s a far cry from the Dominican-operated monastery and herbal remedies concocted for Florentines in olden times. SMN’s fame was cemented by none other than Catherine de Medici, the daughter of a Florentine ruler who became queen of France in 1547.

“She was the best sponsor of Italy,” Foà says. De Medici—who introduced the world to innovations such as high heels and forks—commissioned SMN to create her signature scent, which came to be called Acqua della Regina (“Water of the Queen”).

“The monks had the intuition to use alcohol. Acqua della Regina was the first European perfume to use alcohol instead of mixing it with oil or vinegar,” Foà says. The citrus-based scent became popular at the French court and continues to be a bestseller today; renamed Santa Maria Novella, the cologne sells for $125 for a 3.3-ounce bottle.

Without a queen to tell the world about its products, the company depends on word-of-mouth from loyal customers to build the business. There is no other marketing or advertising. “We prefer to invest in the product and process,” Foà explains. 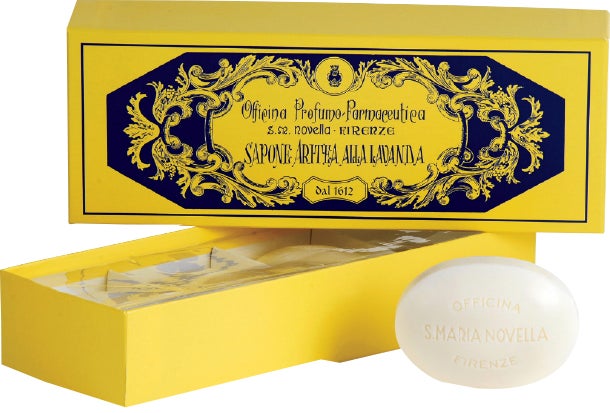 In 1866 SMN went public. Soon after, the company’s last monastic director transferred its operations to his nephew, Cesare Augusto Stefani. Four generations of Stefanis have since managed the company. But more recently, SMN has experienced considerable growth—and several modern steps forward—thanks to Eugenio Alphandery, who is now co-owner and president.

An engineer, Alphandery came to SMN when the Stefanis called him to fix a broken machine essential to the operations. For more than two decades, he has steered the company, melding old-world knowledge with new technology. Though many of the monks’ production methods are still in use, the process has been streamlined and updated with machinery designed by Alphandery. SMN’s laboratories are filled with biologists and chemists working on the pharmacy’s nearly 650 products, which now include skincare, men’s grooming and pet grooming products.

But the company knows when to put its heritage front and center: Unlike the pop-art designs preferred by many modern perfumeries, SMN products bear an elegant, timeless label that offers customers a constant reminder of the history in their hands: “Firenze 1612.”

Historic service with a modern touch

Long renowned for its exceptional personal service, Officina Profumo Farmaceutica di Santa Maria Novella celebrated its 400th anniversary by adding technology to the process. In 2012, the company debuted a self-serve kiosk system at its Florence flagship that allows customers to make purchases with autonomy, speeding the sales process while removing some of the burden from the staff.

In the beautifully appointed chambers, decorated with gilded portraits and painted ceilings, a vigilant and informative attendant mans a heavy wooden counter laid out with a sumptuous spread of products. After answering questions, the attendant offers the customer a small white card that starts the ordering process. Once the card is inserted into a multi-touchscreen ordering system, the customer can choose products, sizes and quantities for purchase.

“You can even request them to wrap certain products together, for segregated gifts,” commercial director Gianluca Foà explains. The card travels with the customer through a procession of rooms, each filled with different items for sale.

Upon completion, the customer hands the card to an attendant, who returns with the packages in hand, beautifully wrapped. No muss, no fuss—just a luxurious, leisurely experience.