Facebook Just Made Communicating With Friends and Clients Even Easier

If you're one of the millions of people who downloaded Facebook's Messenger app on your mobile device, you now have another way to communicate with your contacts: video calling. When written words just aren't good or fast enough, you can give your thumbs a rest and launch a video chat instead.

Starting today, you can have face-to-face conversations via Messenger by clicking on the video icon in the right corner of the screen of your text conversation. The calls are free of charge.

Related: Get Ready for Big Changes to Facebook Messenger and Video

From social media to messaging and now calling, it looks like Facebook wants to be everyone's go-to communications tool. Here's a quick look at video calling for Messenger:

Messenger has already offered the ability within the app to make voice calls and send money to friends, in addition to messaging over text. The free calls are available to people using mobile phones -- either Android or iOS. 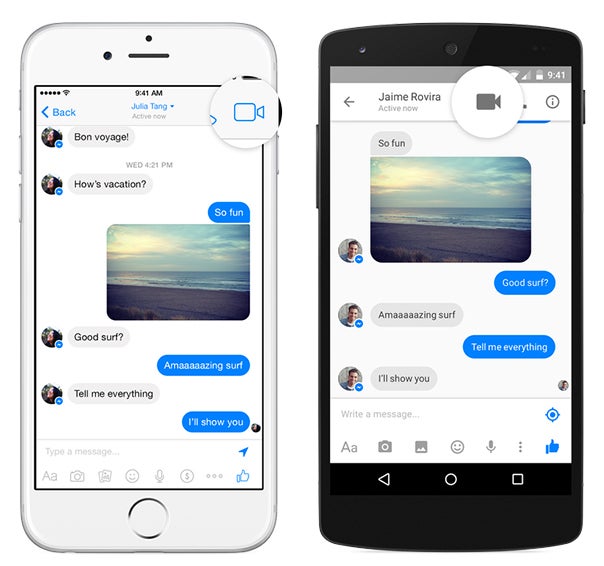 In addition to the U.S., video calling is now available to users in Belgium, Canada, Croatia, Denmark, France, Greece, Ireland, Laos, Lithuania, Mexico, Nigeria, Norway, Oman, Poland, Portugal, the U.K. and Uruguay. Facebook says it will be rolling out to other regions over the coming months.

Related: Why Facebook's Latest Move Could Minimize Your Brand's Reach

More Than 30 Companies, Including Amazon, Facebook and Pfizer Vow to Create Economic Opportunities for Afghan Refugees