This Man Is Revolutionizing the Storage Biz, One Bin at a Time

In October 2012, Sam Rosen was traveling in Colombia when he got an emergency call. Superstorm Sandy had just hit the East Coast, and his girlfriend’s apartment in Hoboken, N.J., was flooded. Rosen flew home immediately to help with the cleanup.

The couple salvaged as many possessions as they could from the condemned building and transferred them to a nearby self-storage unit. As they were about to head back to Rosen’s apartment in New York City, he asked his girlfriend if she had her winter boots.

“We rummaged through all her stuff and couldn’t find the boots she just packed away,” he remembers. 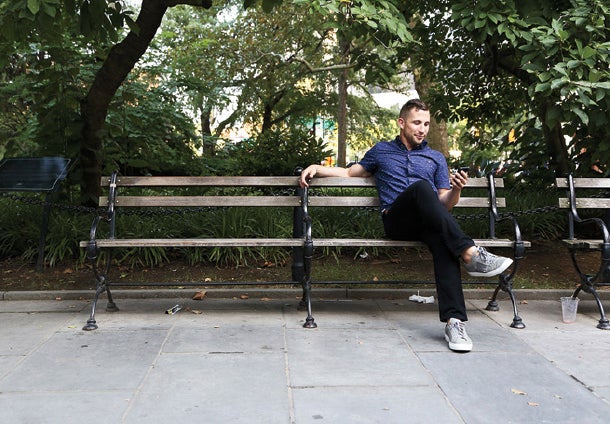 Frustrated, Rosen imagined a solution, something as easy as flipping through the contents of a physical storage space like one does with digital files via Dropbox. He didn’t think much of the idea until he bounced it off his friend Mark Suster, a venture capitalist, who urged him to follow through. In fact, Suster invested in the idea, setting Rosen up with a residency at his company, Upfront Ventures. The result was MakeSpace, which launched in October 2013 in New York City.

To use the service, which has since expanded to Washington, D.C., and Chicago, customers make a reservation online and request the number of plastic storage bins they need. MakeSpace drivers deliver them in person. Customers elsewhere in the contiguous 48 states can use MakeSpace as well. They’re shipped up to 10 high-quality cardboard boxes via UPS. 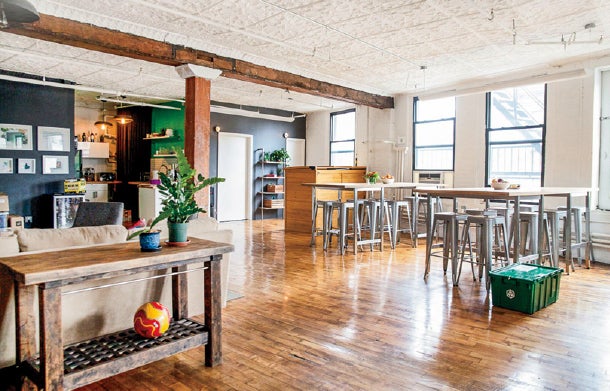 Rosen imagined something as easy as flipping through the contents of a physical storage space like one does with digital files via Dropbox.
Image credit: Photos Courtesy of Makespace

MakeSpace bins and boxes measure 3 cubic feet, which translates to enough room to hold approximately 12 pairs of shoes or 30 shirts and 10 sweaters per container. Once packed and ready to go, the containers are picked up (or shipped), along with any oversize items such as golf clubs or skis, and whisked away to the MakeSpace warehouse. As an opt-in, customers can have MakeSpace photograph the top layer of each container and add digital snaps to their file. When customers want a container back, they scroll through their virtual inventory online and request the one they’re after.

The service costs $25 per month for a minimum of three months for four containers; additional containers are stored at a rate of $6.25 per month per bin/box. Oversize items are priced separately. That’s a fraction of the cost of a full storage unit, which can start at $300 per month in urban areas and doesn’t include the cost or hassle of renting transportation to get the boxes to and from storage.

In the beginning, Rosen found that many of his customers were dealing with a disaster or a death in the family and were using MakeSpace to clear out a home. But as different demographics have discovered the service, the customer base has changed.

“More and more people are using it like an extension of their home or like a second closet,” he says. “They send us seasonal items or luggage or even air conditioners. We have a lot of customers who do a wardrobe change two to three times per year. It’s like putting your coats in the attic and getting them back down again.”

Young professionals, especially women, are MakeSpace’s biggest fans. But Rosen says Airbnb hosts are also discovering the convenience of storing their personal items and valuables when they rent out their homes. And he hopes more active-duty service members will learn about MakeSpace and utilize it when they deploy overseas, since the company’s pricing is substantially lower than paying rent on an apartment or traditional storage unit. 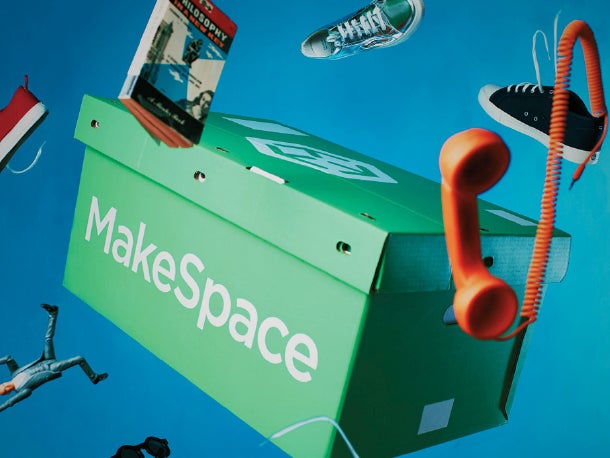 Two years after driving his own car for pickups and deliveries, Rosen now has thousands of clients, a fleet of Mercedes-Benz Sprinter vans running six days a week and access to 600,000 square feet of secure space in a warehouse in Jersey City, N.J. He also raised $8 million in funding last year, led by Upfront Ventures.

According to Rosen, the beauty of the MakeSpace business model is the lifetime value of the customers. “Storage is almost like a utility, like a cell phone,” he says. “A phone customer pays more than $100 a month, and over a lifetime they may be worth $30,000. Our customer could easily spend $5,000 over their lifetime with us.”

Rosen believes MakeSpace will transform the culture of storage. “This goes beyond disrupting the traditional market. Uber, the ride-sharing service, released their numbers on their San Francisco revenues, and it was five times what existing taxi revenues were two to three years ago,” he says. “I suspect storage is in for the same market expansion. Right now, only one in 10 people use self-storage units, but MakeSpace can change this behavior.

“In the past,” he adds, “people might have said, ‘We need to get a bigger apartment or rent a storage space.’ Now they can say, ‘Why don’t we stay where we are and use MakeSpace?’”

How This Doctor Expanded His Career Beyond Medicine and Into Entrepreneurship

5 Differences Between Great Entrepreneurs of the 2010s vs. 2020s

What the Regime Uncertainty of the Pandemic Means for Entrepreneurs