By Chris Velazco May 27, 2015
This story originally appeared on Engadget

We're coming down to the wire now: Google I/O 2015 is just a few days away, and we'll be liveblogging and reporting from the ground as soon as the festivities begin. Don't let its reputation as a developer bonanza fool you, though. There's going to be no shortage of workshops and code review sessions, but I/O is also where Google takes time to update its vision of the future for the people who will ultimately help build it. Of course, it's not all starry-eyed speeches and technical breakdowns -- this is, after all, the sort of show that featured a live streaming Google Hangout with four dudes who jumped out of a zeppelin. We can't account for whatever crazy, spectacular bits the folks in Mountain View might be working on, but we do have a taste of what to expect when the show starts in earnest this Thursday. 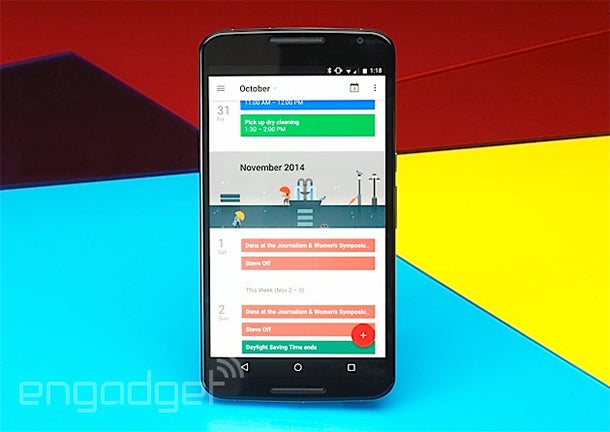 Ah, yes, and the meat and potatoes of any Google I/O. It shouldn't come as a surprise that Google has moved to a mostly annual release schedule for big Android updates (something VP of Android Engineering Hiroshi Lockheimer brought up again in aninterview with Fast Company), which means we'll get our first concrete sense of what Android M is like on Thursday morning. So far, the (rumored) changelog looks pretty promising. A recent BuzzFeed report suggests you'll be able to get more mileage out of your fingerprints, for one -- better support for biometric security has apparently been baked right into the OS, allowing users to log into apps with just a touch. This heightened focus on security and authentication also bodes well for some Android Pay announcements, too. First announced at MWC 2015, Google's Android Pay platform aims to make it easier for app creators and stores to charge you for their wares via your Android phone. Senior Vice President Sundar Pichai was awfully light on Pay details in Spain (maybe it was the never-ending lure of jamón), but that shouldn't be the case in San Francisco.

Throw in some enhanced privacy controls that'll let users more easily define what apps get to access what information and you've got yourself a pretty thoughtful update. Beyond that, Android Police claims Android M's development has seen Google trying to improve RAM management and battery life so your phone runs smoother and lasts longer on a single charge. Lollipop's Project Volta was a crucial step in this direction, but really, we'll take all the performance improvements we can get. 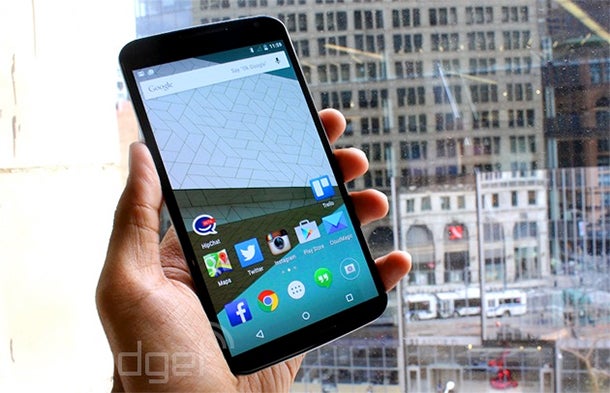 Google stepped out of its comfort zone by releasing a developer preview for Lollipop (née Android L) last year, and we strongly suspect they'll do the same this year too. It's basically a given that we'd be able to install whatever preview we're given on the Nexus 6, but rumors of two new Nexus phones launching in 2015 have us hoping for a glimpse of some new hardware. The most recent spate of rumors suggest that we'll get a pocket-friendly Nexus 5 sequel from LG with a 5.2-inch screen and a Snapdragon 808 chipset -- same as in the mostly great LG G4 -- as well as a 5.7-inch powerhouse from Huawei. No, really. LG's a logical choice considering its close working relationship with the folks in Mountain View and Huawei has upped its Android game dramatically with devices like the P8 and Huawei Watch, but these things will almost certainly get their limelight at a standalone launch event.

The war for your wrist 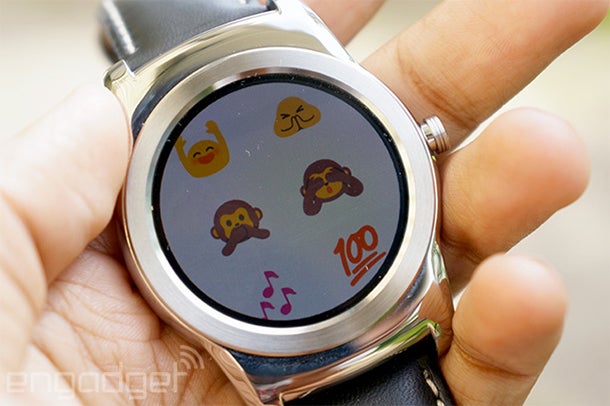 Honestly, we're not expecting a ton of movement on the Wear front this week. After all, the platform just got a substantial upgrade a few weeks back, bringing WiFi support and some love-'em-or-hate-'em navigation gestures to your fancy wrist computers. Wear's functionality might not see much in the way of upgrades, but I/O would be a great place for Google to announce iOS compatibility for its fleet of Android Wear watches. The feature's been inching from rumor territory toward reality for months now -- it was apparently almost done back in April -- and we'll be crossing our fingers all through the keynote for it.

Prepare to have your 'socks blown off' 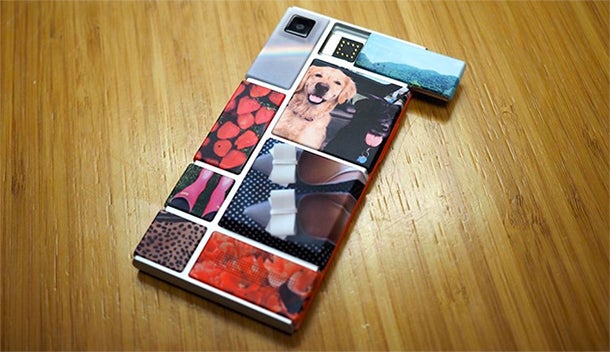 Just about anything Google's Advanced Technologies and Products division does makes headlines, and the outfit's getting a primo slot on I/O day 2 to spill its secrets. Expect at least a brief update on Project Ara, as the modular phone makers inch ever closer to a test launch in Puerto Rico; if we're lucky, we might even get a firm date for when those Ara-friendly food trucks take to the streets. We might not see many (or any) new Android Wear watches at I/O, but the ATAP team promises to show off a few new wearables on Friday, and if the tongue-in-cheek panel description is anything to go off, at least one of them is meant to get strapped to your lower extremities. In an age where smartwatches dominate the wearable conversation, is it finally time for a smart ankle watch? Erm, we'll see. Also on deck is a new immersive Spotlight Story directed by Justin Lin (of Fast and Furious fame) that's slated to debut "in full 360 with 3D soundsphere."

Last year, the I/O swag bag came with a curious slab of cardboard that looked like it fell out of an IKEA box. That was Google Cardboard, an experiment in cheapo VR experiences that just might get fleshed out further this year. The Wall Street Journal reported earlier this year that the company is actively working to turn Android into a virtual reality operating system of sorts, and the I/O stage would be a fine place to put some speculation to rest. Let's put pricey consumer VR headsets like those from Oculus and HTC aside -- what better way to initiate the masses into alternate realms than with some awfully inexpensive gear?

Thing is (as Gizmodo points out), Cardboard might not actually be made of cardboard anymore, and Google might push past the low-cost tidbits of virtual reality we've seen so far. Yeah, yeah, that's nice and vague; there's no denying Google's dedicated to digging into alternate views to reality. Remember Project Tango, which put 3D-sensing cameras into tablets to give developers a taste of bringing software experiences into the world immediately around us? And its hefty investment in Magic Leap, a company that wants desperately to blur the line between the real world and ones powered by silicon? Regardless of what actually gets outed onstage, expect this to be the year Google starts taking VR really seriously.

Connecting all the things 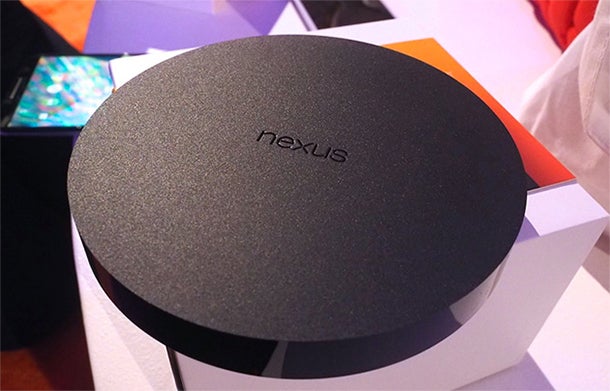 Google has a thing for not letting old, improperly executed ideas die. Google TV might have sunken into obscurity ages ago, but Android TV picked up where it left off... and is struggling to find its footing. The Nexus Player left us wanting when we first played with it and few OEMs have thrown their support behind the platform as a whole despite the neat tricks it brings to the table. There's no way Google won't spend time digging into the future of Android TV onstage, and it's got at least one shiny, mostly new gadget to point to: NVIDIA's Shield TV. The sleek set-top box was first outed at the 2015 Game Developers' Conference, where it promised to blend Google's search chops and broad app ecosystem with NVIDIA's own graphics cards (for game streaming from your local Steam box) and cloud service (for game streaming from a server far, far away). Google's got plenty of workshops slated for Cast-friendly apps, too, underscoring just how important devices like the Chromecast are to its plans in the living room. We wouldn't hold our breath for new Chromecast hardware, but we'd be more than happy to be proven wrong on that one. 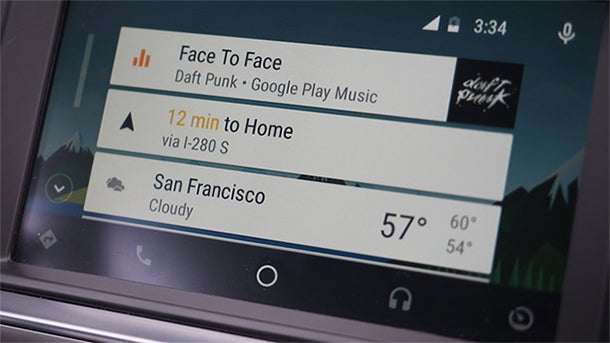 Speaking of old ideas, reports of a service to succeed the ill-fated Android @Home project have been swirling like crazy. The Information reported last week that Google's so-called Brillo software is meant to power seriously low-power devices (with as little as 32MB of RAM) and act as a sort of backbone for Internet of Things device makers to lean on. By providing the foundation for these early creators to build on, Google has a solid shot at creating a common platform with the potential to explode as homes and the things in them grow inexorably more connected. If we're really lucky, Google will make it easy for companies to bake its first-rate voice input and search features into their wares too, although we'll have to wait a few days before we find out.

Then there's Android Auto. Google pushed the in-car experience way hard at last year's I/O, and since then we've seen it pop up in aftermarket head units from Pioneer and straight into new rides like the 2015 Hyundai Sonata. To say Android Auto is still in its early days is putting it pretty mildly -- it doesn't yet have the finesse and app support to make a seamless, obvious choice for most drivers -- but expect Google to shed some light on how it's doing and where else it's going.

Some really important bits -- like the future of Chrome, Chrome OS and how they'll intersect -- will certainly get their time onstage, but the scuttlebutt surrounding them in the days leading up to the show is usually pretty hushed. Expect to see Google push its flat, friendly Material Design even harder, too, as it's long been said the look would eventually permeate the rest of its web properties. Remember, this is all just a taste of what Google's got in store for us all this week. For more (you know you want it), just park it right there and keep your eyes peeled for all our dispatches from San Francisco starting this Thursday.

Chris Velazco is a senior editor at Engadget, covering mobile. Previously, he wrote about startups for TechCrunch.

What is Google Page Experience, and Why Does it Matter?