By Carly Okyle August 24, 2015
Opinions expressed by Entrepreneur contributors are their own.

Steve Jobs was a kid once. So was Richard Branson. So who’s to say your son or daughter won’t be among the next generation of breakout innovators and entrepreneurs?

A new book called My First Startup, created by Brooklyn, N.Y.-based YourComicStory.com, aims to get kids thinking about business by teaching them lessons in time management, organization and communication. The Kickstarter page for the product launched today with a goal of $10,000.

Company co-founder and chief marketing officer Dave Kieve said the lessons in the book could have been helpful during his own younger years. “As a kid the only thing I did was save my lunch money and bought toys with it,” he says. “I should have learned about investing or something.” 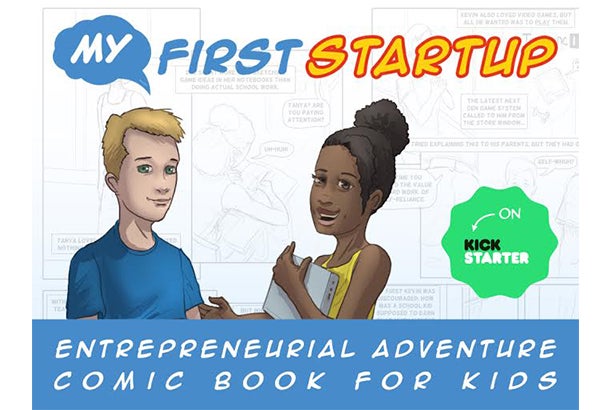 Related: 3 Ways to Teach Your Kids About Entrepreneurship

The 32-page comic -- intended for kids between 8 and 12 -- follows the stories of two young entrepreneurs, Tanya and Kevin. Without giving too much away, the story follows both kids as they pursue their entrepreneurial aspirations. Kevin learns the ins and outs of what it takes to get an idea from concept to execution, while Tanya discovers the difficulties of maintaining work-life balance. The lessons are meant to be practical, actionable, and universally applicable, just as the book is meant to be appealing to children of all backgrounds.

The idea for an entrepreneurship-focused comic book came naturally to Kieve, 32, whose company YourComicStory.com creates personalized comics for businesses to use in their marketing or individuals to commemorate special occasions. He and fellow founders Russell Geyushev and Andrey Grubin combined their passion for entrepreneurship and My First Startup was born. It took about six months to go from concept to prototype and, so far, has cost the company $10,000, money spent to pay artists and writers and to create the video on their crowdfunding page.

The final product is the result of discussions from entrepreneurs, an economics professor and child psychologists, culminating in a story that Kieve hopes is not only packed with necessary advice, but also a story that’s fun to read. 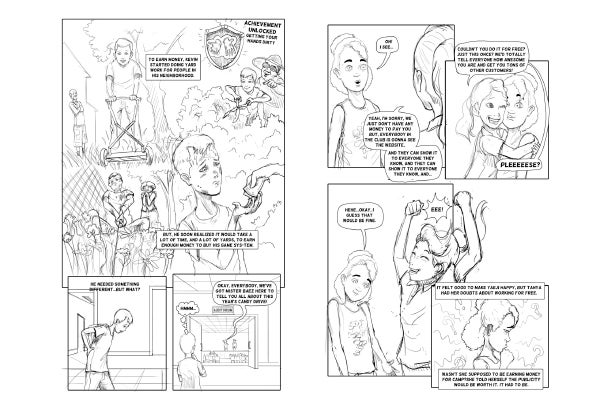 “[The story] is not patronizing, not forced on them,” says Kieve. “They’re at the age where they’re dreamers and they have all of these awesome ideas, and then adults come in and tell them, ‘No you can’t do that. You have to be responsible.’ We want to get to them before that happens.”

What’s next for the company depends on the success of the comic, which will retail as an ebook for $5 and in print for $12 to the first 100 backers. Ideally, YourComicStory.com would follow up the Kickstarter campaign by selling My First Startup via traditional retail avenues and then spawn more kid-friendly products with an entrepreneurial focus. “We have some ideas,” says Kieve.

For him, success would mean breaking the Kickstarter records among the educational books category. Selling between 10,000 and 20,000 copies would be “amazing,” he says, adding, “That would make me very happy and proud.” 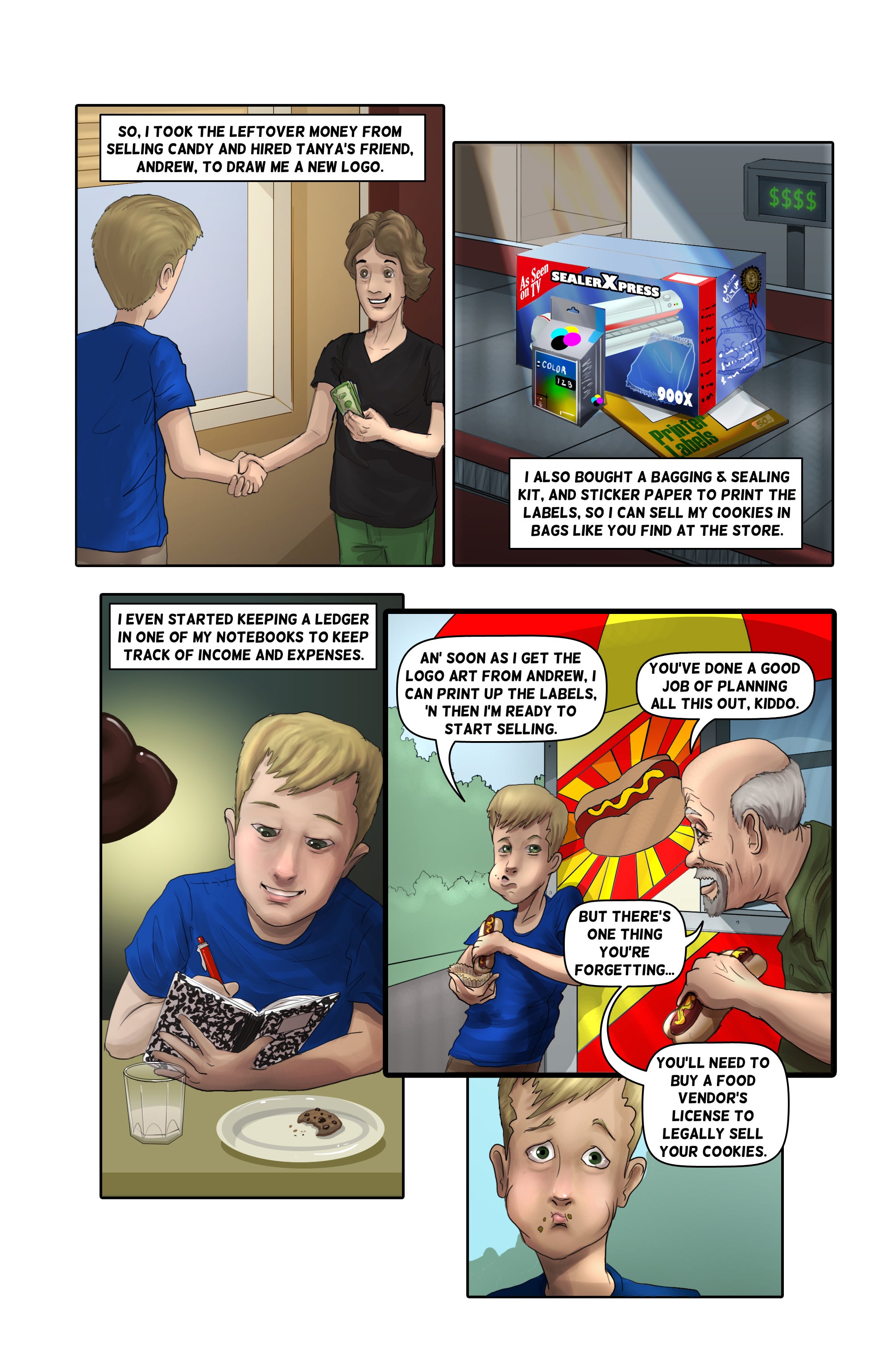