This Video Doorbell Lets You Answer Your Door With Your Smartphone

Two years ago, Jamie Siminoff did the walk of shame off the set of Shark Tank. Kevin “Mr. Wonderful” O’Leary rudely told the serial entrepreneur-inventor that he was dead to him for not accepting his offer. His pitch on the popular show yielded zero dollars and embarrassment. He had failed, and in front of millions.

Flash forward to today and Siminoff’s invention that tanked on Shark Tank -- Ring, a video doorbell that lets people answer their doors using their smartphones -- is flush with investor cash, including an infusion from Richard Branson just last week. (The British billionaire randomly saw someone use his smartphone to interact with a UPS delivery man via Ring and “was immediately hooked by the product.”) 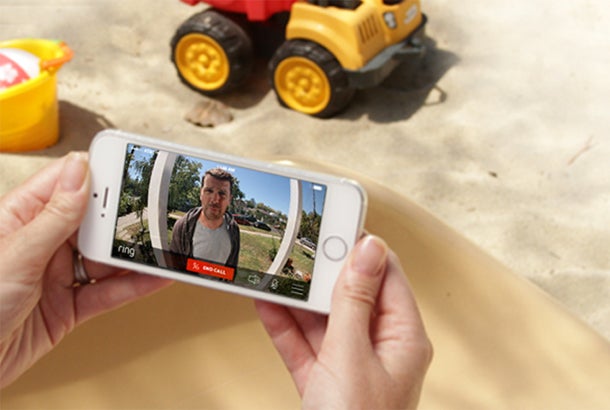 Siminoff and fellow consumer tech veteran Mark Dillon founded Ring four years ago and have raised some $38 million in the last year alone. The mission of their business, which now has 120 employees, is to “reduce crime in communities and empower consumers by creating a ‘ring’ of security around homes and neighborhoods.”

The $199 Wi-Fi connected doorbell features an HD night-vision video camera that records video in real-time and saves it to the cloud for $30 per year. Outfitted with motion sensors, speakers and a microphone, the compact device also enables for two-way communication. When someone arrives on your doorstep, the app issues smartphone notifications via its companion iOS or Android app to alert you to arriving guests and delivery people -- anyone, even potentially suspicious visitors. That way, you can tell visitors or delivery people you’ll be just a minute or ask them to come back later. You can even tell unwanted guests to buzz off (or perhaps something more polite). 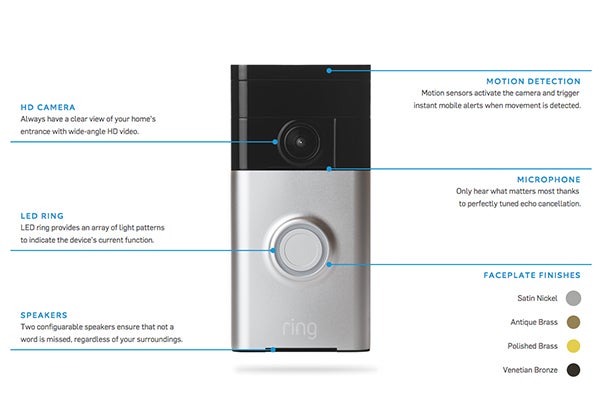 Related: This $30 Device Can Break Into Almost Any Keyless Door in Your Car or Home

So far, the invention has amassed an estimated $3 million in sales, some of which Siminoff chalks up to publicly blowing it on Shark Tank. “There was definitely a snobbery of, ‘Oh you were on Shark Tank’ almost like, ‘That's embarrassing,’” he told The Wall Street Journal. “Then I showed them the numbers and what the show has done for us in terms of awareness and everything else. If you're a consumer brand, I don't think there's anything else quite like [Shark Tank] that can do that for you.”

Who’s dead to who now, “Mr. Wonderful”? Looks like Siminoff never needed your money in the first place. Your reach was more than enough.

Related: Why This Hearing Device Is Making Noise With Investors