Marcus Teufel had worked since his teen years for McDonald's, attending Hamburger University multiple times. But in his 20s, he grew impatient about the long wait ahead to join McDonald's franchise ranks. So he looked for, and found, a more immediate deal with Native Grill and Wings, a newer concept, whose tasty wings and "cultlike" following Teufel found equally appealing. 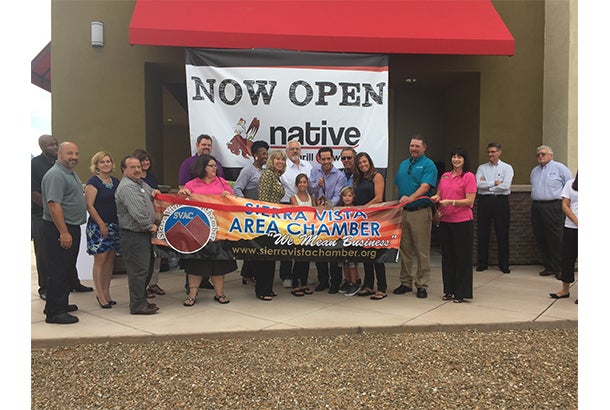 I began my career in franchises as a teenager working my way up the ranks in McDonald’s. I spent 10 years in the system, attending Hamburger University multiple times for higher learning. However, at the ripe age of 26, I realized that becoming a McDonald’s franchisee was more than five to 10 years away. So,I began looking for other opportunities and found Native Grill & Wings in 2006, signing a four-store deal.

I chose franchising because it is what I have always known. I enjoy working within systems to keep the business growing and profitable, through proper training and development of my Native family. Franchising offers a platform for business minds to excel within proven and emerging brands that carry name recognition and reputations.

I attended San Diego State University, majoring in finance. I took an internship with Prudential Financial Services in La Jolla, California, and planned on pursuing a career in asset management. Then, in the spring term of my senior year, my sister came to visit with a friend -- my eventual wife. Two months later, I found myself moving back to Phoenix to pursue the relationship, and returning to McDonald’s to pursue a franchise opportunity.

While researching franchise concepts, I was initially drawn to Native Grill & Wings for its food. It stood out above the rest, consistently winning awards for serving the best wings in Arizona. Native’s success in perfecting the wing created a cultlike following and an extremely loyal customer base. I recognized the opportunity to be part of an emerging brand and wanted to get on board in its infancy stage of franchising.

I purchased an existing store in Mesa, Arizona, for $650,000 in late 2006. I was granted royalty relief for a few months, to build up cash flow and understand the “ins and outs” of running a casual dining concept with a full bar. With my second and third locations, I was able to purchase the land and put approximately $900,000 into the land, and an additional $1.6 million into construction and FFE [furniture, fixtures, equipment] for the physical restaurant.

Most of my advice came from my father, Denny, and a friend from McDonald’s, John Stallone. Growing up in a successful business environment, I greatly benefited by observing how they handled situations and treated people. With each carrying a uniquely different management style, I recognized that a successful operation does not come from one set formula. Success is a product of diversity and the collaboration of minds. Teamwork equals success!

Coming from the quick service restaurant industry, liquor management was never a topic. Managing liquor laws and inventory was a new concept for me. I thought I could track it just like food, but there are nuances that happen in a bar that do not in a QSR restaurant: A bartender’s heavy pour, straight theft and the actual development of proper reporting for variance analysis all took some time to figure out.

Invest your heart and soul into your people. Allow your employees to have input on decisions. Give them free rein to make mistakes. Constantly train in a positive environment. Recognize your staff as the individuals who form the foundation of your success. I would be incapable of moving from one to three units without a team behind me constantly executing in the restaurants with the guests’ experience at heart.

I just opened my third location on July 20, in Sierra Vista. As I’ve done with my Mesa and Chandler locations, I look forward to contributing to the Sierra Vista community. As a sports-themed family restaurant, Native is an excellent fit for school fund-raisers and team sponsorships. In addition to community outreach, my goal is to stabilize operations for long-term success of all three locations, continue building managers and key employees at each store and save cash flow to invest into future locations.