By Pamella de Leon September 22, 2015
Opinions expressed by Entrepreneur contributors are their own.
You're reading Entrepreneur Middle East, an international franchise of Entrepreneur Media.

As a technique that was first seen during World War I, dazzle painting refers to the use of irregular patterns and contrasting colors on ships, which makes it difficult for enemies to target them on sea. But dazzle painting soon found interest outside of warzones as well- it made its presence felt in the vorticism art movement, with the method influencing people like Sir Peter Blake, the pop culture artist behind the iconic cover of The Beatles’ album, Sgt Pepper’s Lonely Hearts Club Band.

And Sir Blake continues to be a fan of dazzle painting to this day- earlier this year, Sir Blake let loose a riot of colors on Snowdrop, a passenger ferry in Mersey, England, as part of a commissioned project called Dazzle Ships. Sir Blake has put his name to a new app called Dazzle It, which allows users merge his Everybody Razzle Dazzle design for Snowdrop with their own photos and designs. Images can then be applied to a 3D model setting to let users see how it would look in real life, such as on a ship and even a rubber duck, with an augmented reality scene.

Commissioned by 14-18 NOW –a cultural program across the U.K. to mark the centenary of the First World War- and Bloomberg Philanthropies, the app has been built by Blake with the hope that it will give an indication of how early 20th century artists engaged in the World Wars. Other art commissions that would be included in the app are Chromatique à Double Fréquence pour l’Edmund Gardner Ship by Carlos Cruz-Diez, and Dazzle Ship London by Tobias Rehberger. The Dazzle It app can be downloaded for iOS and Android devices from the iTunes and Google Play stores. 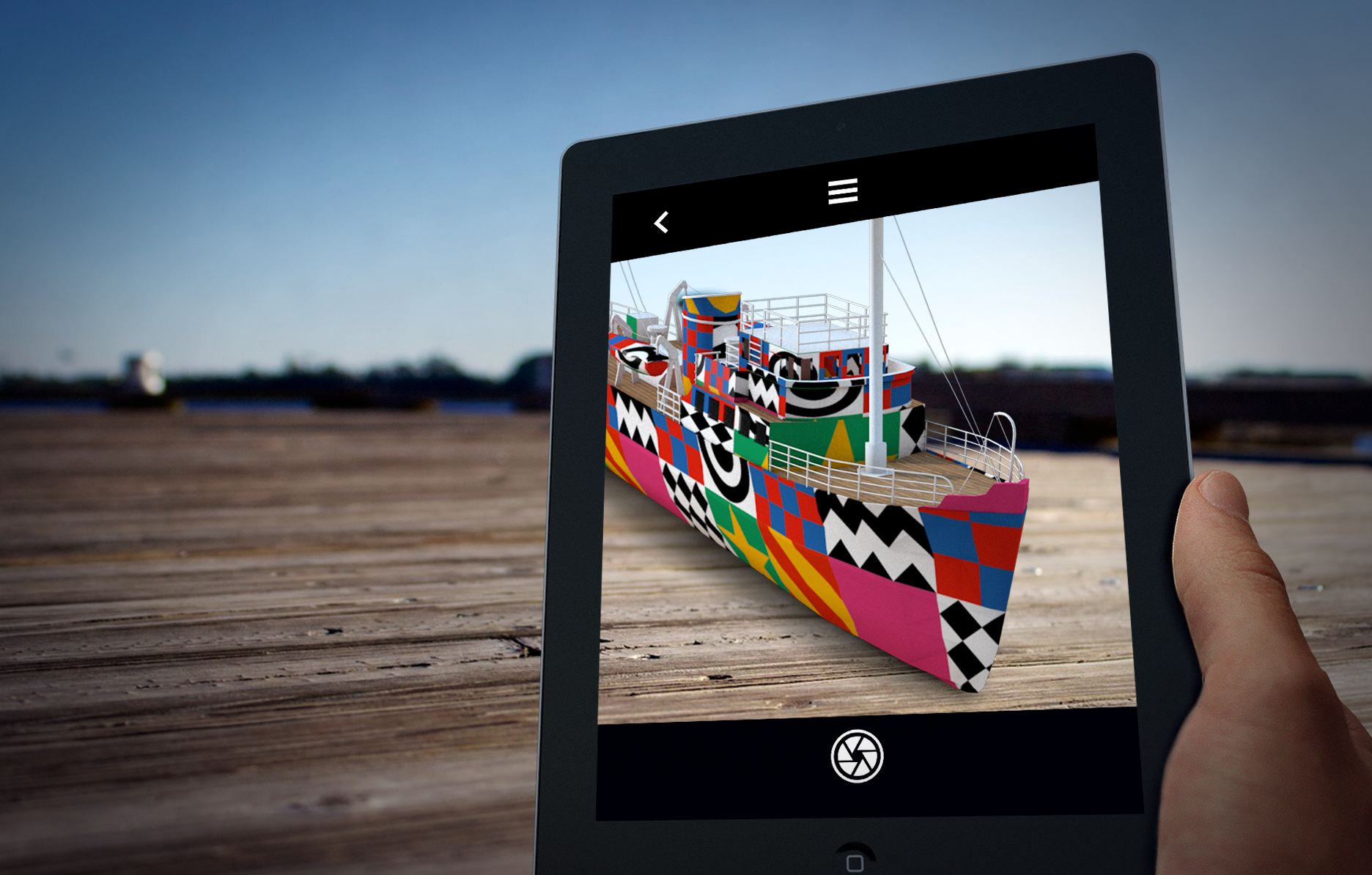