By Eric Siu October 13, 2015
Opinions expressed by Entrepreneur contributors are their own.

StumbleUpon may not be as well known as Facebook or Twitter, but the company still boasts more than 35 million registered users and ranks as the fifth highest referrer of social-media traffic to websites. This discovery engine is definitely an industry player you’ll want to keep your eyes on, so to get the inside scoop on the StumbleUpon’s growth, I went straight to the source in an interview with CEO Mark Bartels.

Bartels joined the social network in 2008 after having worked as an M&A accountant with companies such as Deloitte & Touche. Eventually, StumbleUpon spun itself off from mother company eBay, and Bartels took over the reins as CEO. Here are a few of the lessons he has to offer on the company’s growth: 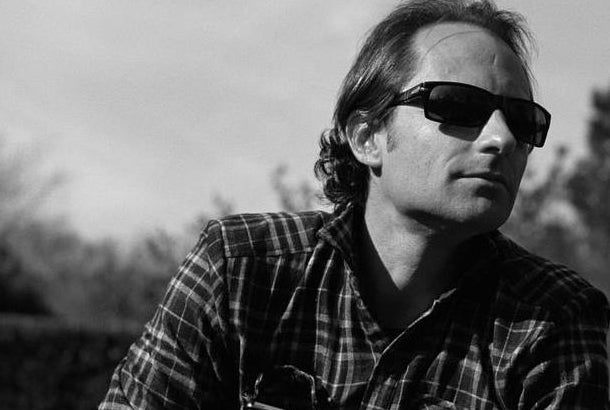 1. Play well with others.

One of the biggest secrets to StumbleUpon’s early success is that it didn’t achieve its notoriety alone. Instead of promoting itself to web consumers directly, StumbleUpon actually started off as a MarsBaR extension. When people downloaded MarsBaR, StumbleUpon was included as part of that package. Tremendous growth ensued, and all on the strength of this single partnership.

Related: How to Find That Essential 'Pocket of Influence'

The takeaway here is that you don’t have to go it alone just because you have a new company. If you can find a good partner with whom to arrange a mutually-beneficial promotion strategy, you can significantly cut both your advertising investments and the amount of time it takes your product to gain critical mass.

2. Wait for your moment.

StumbleUpon’s “one-click discovery” style of personal recommendations makes it well suited to today’s mobile environment. As Bartels admits, however, the company wasn’t always on the leading edge of the mobile revolution. Because load time was slow and frustrating, publishers and content providers weren’t able to create a good user experience. Sometimes you just have to wait for the rest of the world to catch up to your big ideas.

“In the past, when web was king, you would type in a search query and Google would take you to that particular page. Now with mobile, that whole ecosystem is being fragmented and publishers are now looking for other ways for platforms to drive traffic to their mobile applications," Bartels says. "That’s again where StumbleUpon is coming in, that’s exactly what we do. I find that, yes, that’s where the users are going but I found that the greatest content now is also starting to move to mobile, so that suits us.”

3. Do your time at small startups.

Making the move from blue-chip accounting firms to being one of only 16 employees at StumbleUpon was a major perspective shift that Bartels appreciated due to his ongoing curiosity and passion for the social and consumer space. In fact, he recommends the startup lifestyle for people who are looking to break away from an existing job or learn how to hack growth in their current roles.

“My advice to people who want to transition out of a specific label or a specific role is if you join a small startup you will see everything," he says. "You will understand 'what does growth mean,' 'what does engagement mean,' 'what are the product managers doing,' 'why are we hiring engineers,' 'what is a product marketing division do' and all those things are things you learn when you’re at a small company.”

Related: 5 Ways to Salvage Promising Ideas That Aren't Working Out

At the same time, though, Bartels recommends finding more experienced mentors to guide your professional growth. While diving in and getting your hands dirty in the startup world will give you practical, real-world experience, working with someone who’s “been there, done that” can help you avoid common pitfalls and mistakes you might fall into without proper guidance.

That said, Bartels argues that most people go about finding a mentor the wrong way, looking only for someone who’s senior to them. Instead, he advocates looking for somebody who has the specific experience that you want, and then plotting your career moves based on where this potential mentor is working. It’s more due diligence, but the effort can pay off in the long run.

Finally, Bartels acknowledges that hiring people who are smarter than you is a key component to effective growth, but he cautions that too many startup owners remove themselves from the hiring process too early. Certainly, our current business culture pushes us to “outsource, outsource, outsource.” But when you’re running a small shop, diving deep into comprehensive candidate background checks is a must.

Not only does Bartels ask for references for key hires, he goes out of his way to contact everyone from former co-workers to former board members to get the full perspective on a candidate. He also makes it a point to ask leading questions -- without giving away the answers he’s looking for up front -- to make sure he finds the right fit for every spot on his team.

For even more insight into Bartels’s work as the CEO of StumbleUpon, check out the full interview here: