This Guy Makes Hipster Shoes in Africa. But Don't Call Him a Social Entrepreneur.

When he was 24, Tal Dehtiar found himself on a bus with a gun at his head.

He was hitchhiking through South America at the time, fresh off of graduating from business school. It was while on a bus in Brazil that a gunman boarded, demanding that everyone hand over their belongings.

Dehtiar refused. He told the attacker that he thought the gun was fake and, after an intense exchange, the man jumped off the bus. To this day, he doesn’t know whether the gun was real or not.

“I am just a stubborn mule, that’s really what it is,” the 34-year-old says. Dehtiar was born in Israel, though his Russian parents moved the family to Canada when he was still a baby.

Dehtiar’s stubbornness, which arguably borders on craziness, is also what supports his entrepreneurial passion. His company, Oliberte, makes fashionable footwear out of a Fair Trade certified factory in Ethiopia’s capital, a region steeped in poverty and corruption. 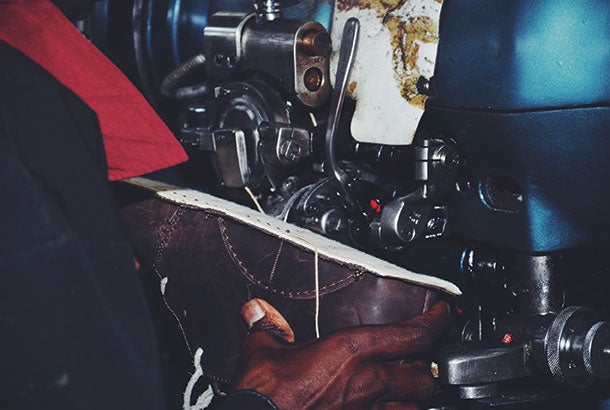 Unlike some of its competitors, Oliberte doesn’t offer a “buy-one-give-one” model of charity. The company gives back in a more traditional way: by providing good, stable jobs to people who need them.

“You will never hear me call myself a social entrepreneur. I despise the word. I think it’s silly,” says Dehtiar. “We are not helping people; we are helping them by letting them help themselves.”

Nothing about his mission is easy. Fair Trade is a third-party certification bestowed on foods, products and factories that operate within certain thresholds of responsible, fair and ethical behavior. Companies pay to be certified by Fair Trade, and in return, if they meet the criteria, are given the Fair Trade stamp of approval. That stamp goes on packaging gives customers instant validation that a product meets stringent guidelines in how workers are treated. 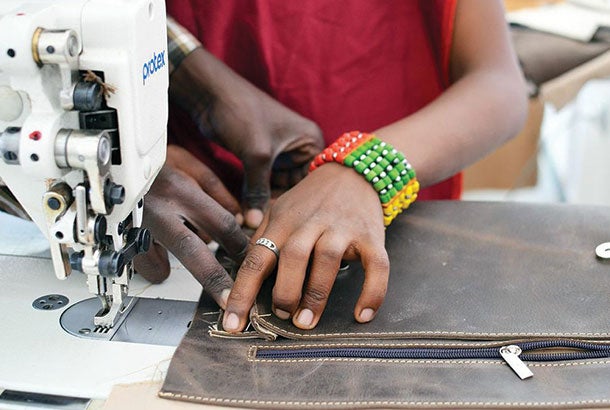 The shoes, which are a cross between rugged-looking hipster sneakers and casual dress shoes, are made of material sourced entirely from Sub-Saharan Africa. Tags and insole labels are made in Mauritius; the rubber for the outsoles comes from Liberia, South Africa, Kenya and Ethiopia.

The shoes, which range from $100 to $220 a pair, are sold in 10 online retailers that service Australia, South Africa, and North America, and in 75 storefronts throughout the U.S. Oliberte has a small selection of leather backpacks and bags as well.

Manufacturing in Africa comes with its share of difficulties, though Dehtiar is determined to prove that it’s worth it. “We literally are surrounded by pirates. We literally have universities held hostage in Kenya nearby,” he says. “We are not making stuff in your neighborhood backyard. We are under the most extreme circumstances possible and we are still doing it. We are literally trying to stay alive while making shoes.”

Right now, he has 110 workers in the factory in Ethiopia and 10 managing the business out of Toronto. 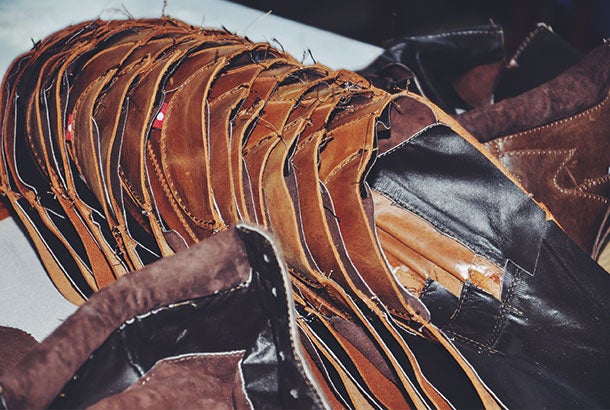 Despite its challenges, manufacturing isn’t Dehtiar’s biggest problem -- it’s getting consumers to open up their wallets. Dehtiar has found that you first have to sell customers on style, then educate them about the purpose of your brand. The company hired celebrated men’s designer Mark McNairy to make the line fashionable. The education process is gentle and organic, beginning with a map of Ethiopia etched on the soles of the shoes.

As Oliberte grows -- it’s expecting to hit profitability for the first time in 2015 -- Dehtiar wants to tell anyone and everyone how he has built his business. “We want to expand by getting others to replicate the model. “That, for us, is the biggest compliment," he says. “This is a social experiment. I am going to spend my life figuring this out and hopefully I am right. And if not, I will be dead, so who knows.” 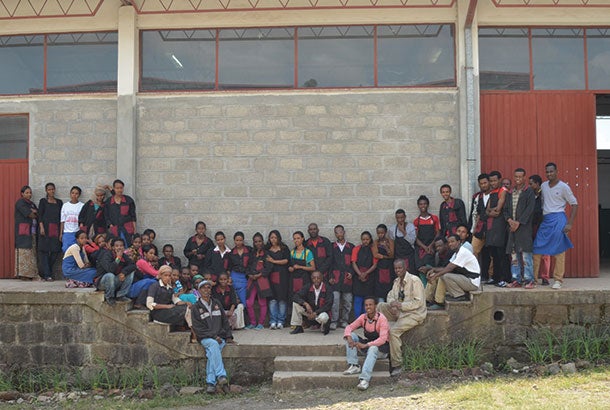