As prices for 3D printers drop, there have been a number of interesting DIY projects that have come about. And now there’s one more thing you can print at home: hair.

The artificial locks were invented by researchers at Carnegie Mellon University’s Human-Computer Interaction Institute, who saw a possibility in an annoyance that plagues anyone who enjoys the art of scrapbooking.

Inspired by their excessive use of hot glue guns around the office, which can create a “string” of residue as the gun is pulled away from an object, researchers noticed the similarities between the way the 3-D printers and the craft tool dispensed material and figured there must be another application for the phenomenon.

“We thought the two were similar, and if the glue gun could create this kind of artifact, we proposed an existing 3-D printer could do something similar and maybe even better,” Anthony Chen, the main researcher on the project, explained to Business Insider. 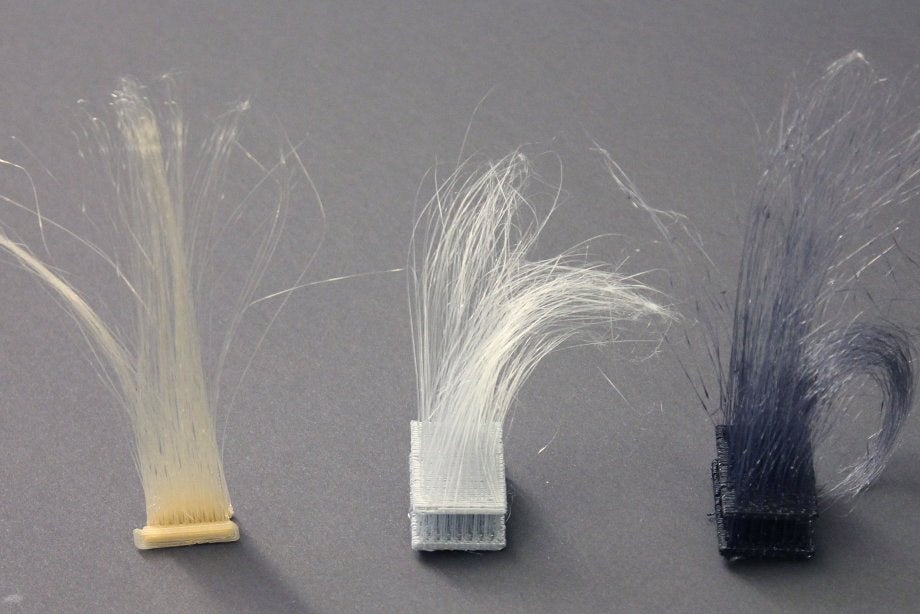 The technique -- referred to as “furbrication” -- can be manipulated by a number of different factors: the amount of material used, temperature, and the speed and distance the plastic is dragged by a machine. Based on these components, any 3-D printer that is designed to work with melted plastic can create either soft strands, fibers, or bristles.

Usually, 3-D printers work by melting different metals or plastics and layering it to create objects such as a chess piece. But instead of the printer creating another layer, the researchers instructed the machine to dot the surface of an object and then pull away, creating the artificial hair. 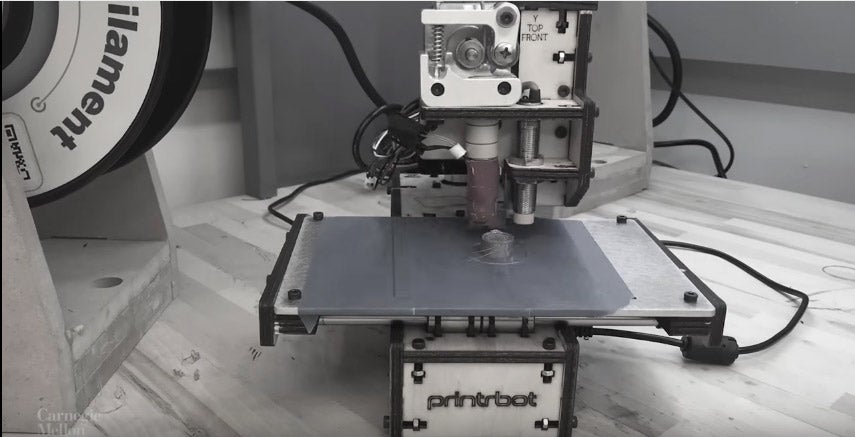 The technique was adapted for Fused Deposition Modeling printers, which operate similarly to glue guns and are currently the cheapest model available for 3-D printers. With a few modifications to existing hardware and some adjustments to software, users can emulate the practice at home and customize their artificial hair’s length, thickness, density, and even color.

The video demonstrates how different levels of coarseness can be used to make hair for a toy horse, wavy locks for a troll, and a brush to sweep up after any mess left behind. But Chen explained that he hopes this project will help users imagine more meaningful applications, like full wigs for someone who needs it -- such as a chemo patient  -- which Chen says could be “the next step” of the researchers “system development.”

But the overarching motivation behind the project was to inspire regular users of 3D-printers to think outside of the box and not constrain themselves to “rigid components.”

“What we learned from this project is that there’s really no limitations of existing commercial 3-D printers,” Chen says, adding that the team took on printing hair as a weekend hacking project. “The real benefit of them is that they really open up the possibilities, letting researchers, hackers, and makers to explore a larger of variety of things they can do by going deeper into their devices and the programs that control their devices.”

Chen says, “this is not the end of one project, it is more of the beginning of many other projects that we really encourage and hope people can get inspired by” leading to them to “explore printing more of a variety of objects in the future.”

Tess Danielson is the tech intern at Business Insider.

This Remarkable Kit Brings 3D Printing into Your Home