FROM THE UMBRELLA MAN TO A PACKAGING PROWESS

By Punita Sabharwal November 9, 2015
Opinions expressed by Entrepreneur contributors are their own.
You're reading Entrepreneur India, an international franchise of Entrepreneur Media.

Vimal Kedia’s entrepreneurial journey started in 1977 in the state of Assam. At that time, he was a manufacturer of umbrellas. Starting with a seed capital of Rs 15,000, in one year he managed a loan from Punjab National Bank for Rs 4 lakh towards working capital. At the young age of 24, Vimal was supplying umbrellas to the Central Government through Director General of Supplies & Disposals.

“One day, we were sitting there to meet the Director General for negotiations. There was an old gentleman with me, he said, ‘Why to waste our time, we should look into something else.’ The next day, he took me to a plastic packaging unit. They used to manufacture shopping bags, I liked the idea and that’s how the journey towards plastic started,” recalls Vimal.

In 1983, Vimal entered the plastics business. It grew quite big in Assam because no packaging industry was there. Initially, Vimal aligned himself with the Polyphthalamide (PPA) Industry of packaging as the industry demanded raising their nurseries using plastics. Similarly, various other areas in the tea industry also required plastic. Following one product after the other led to further success. In 1995, Vimal came up with a public issue for the Bengaluru plant of PET bottles.

In 1996, he started PET bottle plant with Japanese technology. The company went to see growth of over 30-40 per cent year-on-year. Today, in this segment, Manjushree Technopack is the largest firm in south Asia. It produces both blown models and pet free forms. The company clocked a turnover of Rs 525 crore last year. This year, it aims to cross Rs 600 crore. Manjushree converted about 65,000 metric tonne of resin last year. In FY 2015-16, it aims to cross 75,000 metric tonnes.

In 2008, Manjushree came with a public issue and continued to grow year on year. However, recently it delisted from the stock exchange in March this year. After delisting, the company’s financial requirements are being met by bank debt and internal accruals. As per Vimal, “Our PAT is close to 7 per cent. So servicing of the debt and routine requirements can be met with internal accruals. At the moment, we don’t think, we need to go to equity markets. We should be able to manage it through debt.” 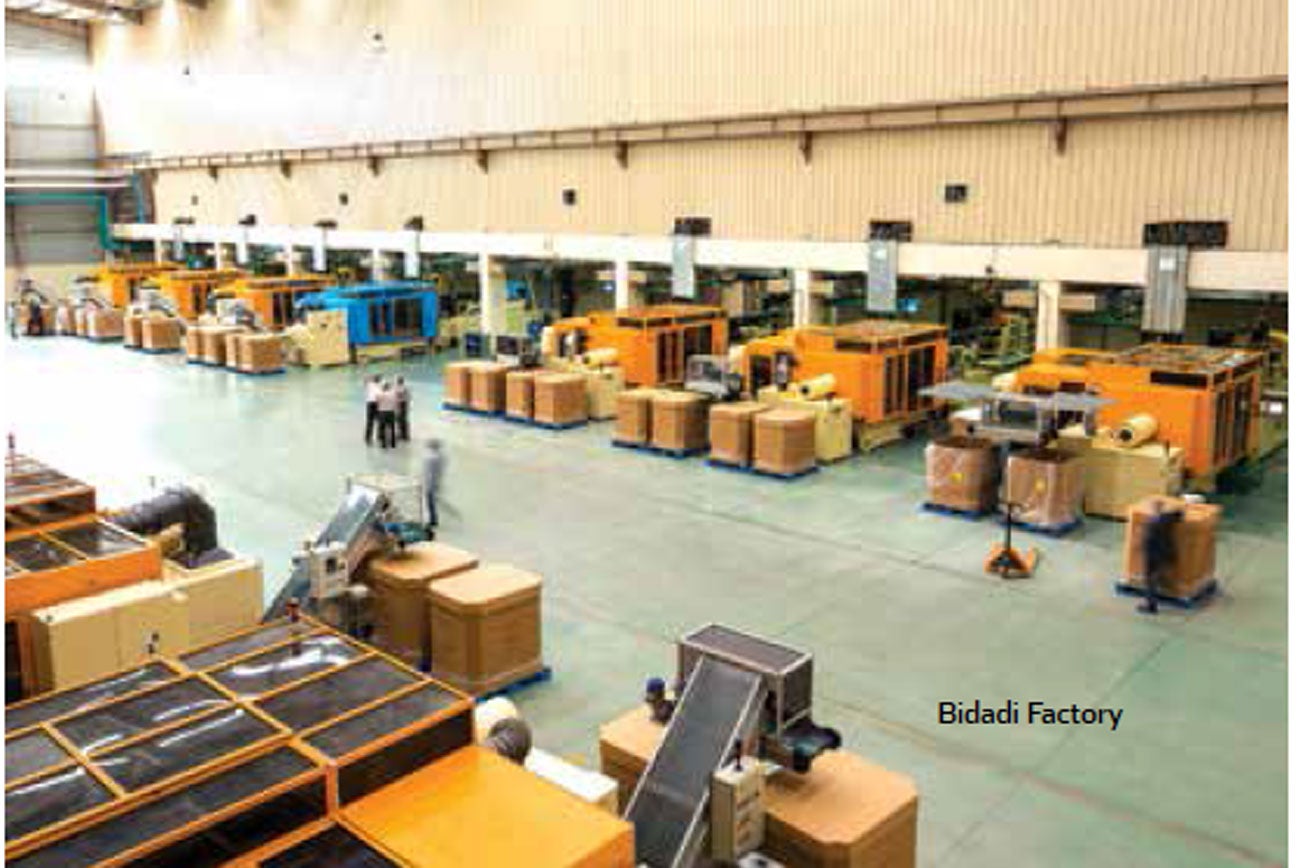 The sale was secondary by the promoters and to buy out the shares from the market. Now, the founder is looking for growth in other geographical regions in the country and outside India as well. Currently, the company serves 10 per cent of India’s PET consumption. Under one roof, it does all the technologies of plastics, which includes injection moulding, injection stretch flow moulding and extrusion blow moulding.

Talking about expansion plans, Vimal says, “In near future, we will grow organically and inorganically, but acquisitions are not on the cards.” Manjushree also exports to a number of African countries. Currently, exports contribute to about 10 per cent of its revenues. In current portfolio, the revenue is split between pre form and blow moulding division where both contribute equally.

Helping the entrepreneur in his journey has been his brother who came on board taking care of the sales and marketing division. Surendera Kedia joined about eight years later when Vimal started the business. Being a chemical engineer from BITS Pilani, he built the technical expertise of the company. What helped the company grow was that it didn’t change its supply partners too much that helped them focus on their business. After doing an internship for three months for Motherson Sumi, Rajat Kedia, Vimal’s elder son joined the family business in 2003 at the age of 23.

After joining, Rajat implemented the new ERP to decentralize decision making. Currently, Rajat looks after product development, technology, automation and also heads the designing arm of Manjushree, Mphinite. Mphinite specializes in design development, engineering and deployment of rigid packaging solutions for the FMCG vertical. Differentiating his father’s style of business with his, Rajat says, “My style of business is quick decision making and moving on. My father is a very detailing person and likes to get involved. I do not look at a particular job unless I am ready to take a decision on it, but my father likes to be well informed on everything.”

After doing his under graduation from Michigan University, Ankit Kedia, younger son of Vimal Kedia, joined the business in 2006. Talking about his decision to join the family business, he says, “Even before I went to the US for my degree, it was very clear in my mind that I had a fairly good business in packaging, then why not. So I came back in 2006 from the US.”

To get himself ready for the family business, he joined SP Jain University’s family managed business programme to understand the nuances of family business. Starting out with the business Vimal Kedia was very clear that Ankit had to spend time in the production area. For the first three years, Ankit worked in production planning as well as inside the factory. Ankit recalls, “Initially, it was a little hard to work with experienced people.”

However, senior Kedia was very clear that he would have to work his way up. As per Ankit, “Fortunately, I didn’t really call the shots at that time and had to consult everyone. I happened to start off in the shop floor and in 2010 after four years of being into business I was formally inducted into the board of directors.”

Presently, Ankit takes care of the sales and marketing for the blow moulding division. Once Ankit finished his stint at the production floor, he realized a couple of areas where Manjushree was weak in terms of presence. He recognised segments like alcohol and liquor where they could capitalise.

“When I put all my efforts in that particular market after six months of continuously travelling and pitching, I started getting orders from them,” says Ankit. Talking about the similarities and differences between his father and his approach to business, Ankit says, “He is an impulsive decision maker, which is a trait common in both of us. If we see an opportunity we lap it up immediately. He is a strong administrator. His people management skills are very strong. I am a little more analytical. I need a lot of data to arrive at decisions. My father is impulsive. He is extremely innovative in terms of his ideas in packaging and business. Although he belongs to four-decade old generation of entrepreneurs, he is extremely responsive to new methods of doing business.”

Ankit is now aiming to take Manjushree to north India. In order to go closer to customers, it needs physical presence in other regions. “We just don’t want to be known as dabba suppliers. We want to do a little more than that,” says Ankit. “My dad is known as the innovator, and he has done some landmark innovations in the packaging industry. We want to become a Rs 1,500-crore company by 2020 and generate a lot of green power. We already have 3.4 MW of wind mill that’s churning out 15 per cent of our consumption. We want to take that to 10 MW. We want to get into renewable energy because power is one of the expenses. The other aim is to develop eco-friendly raw materials by the suppliers so the perception for the plastic industry is a little positive than what it is right now,” concludes Ankit.