Late to a Meeting? On This Team, You Have to Pay Up With an Office Plant.

But in addition to the $15 million Series B round that the company cinched last February, this is also due to a curious cultural ploy that co-founder Nick Narodny says was instituted in order to clamp down on tardiness: Any time an employee is late for a company event, they have to purchase a plant for their desk. 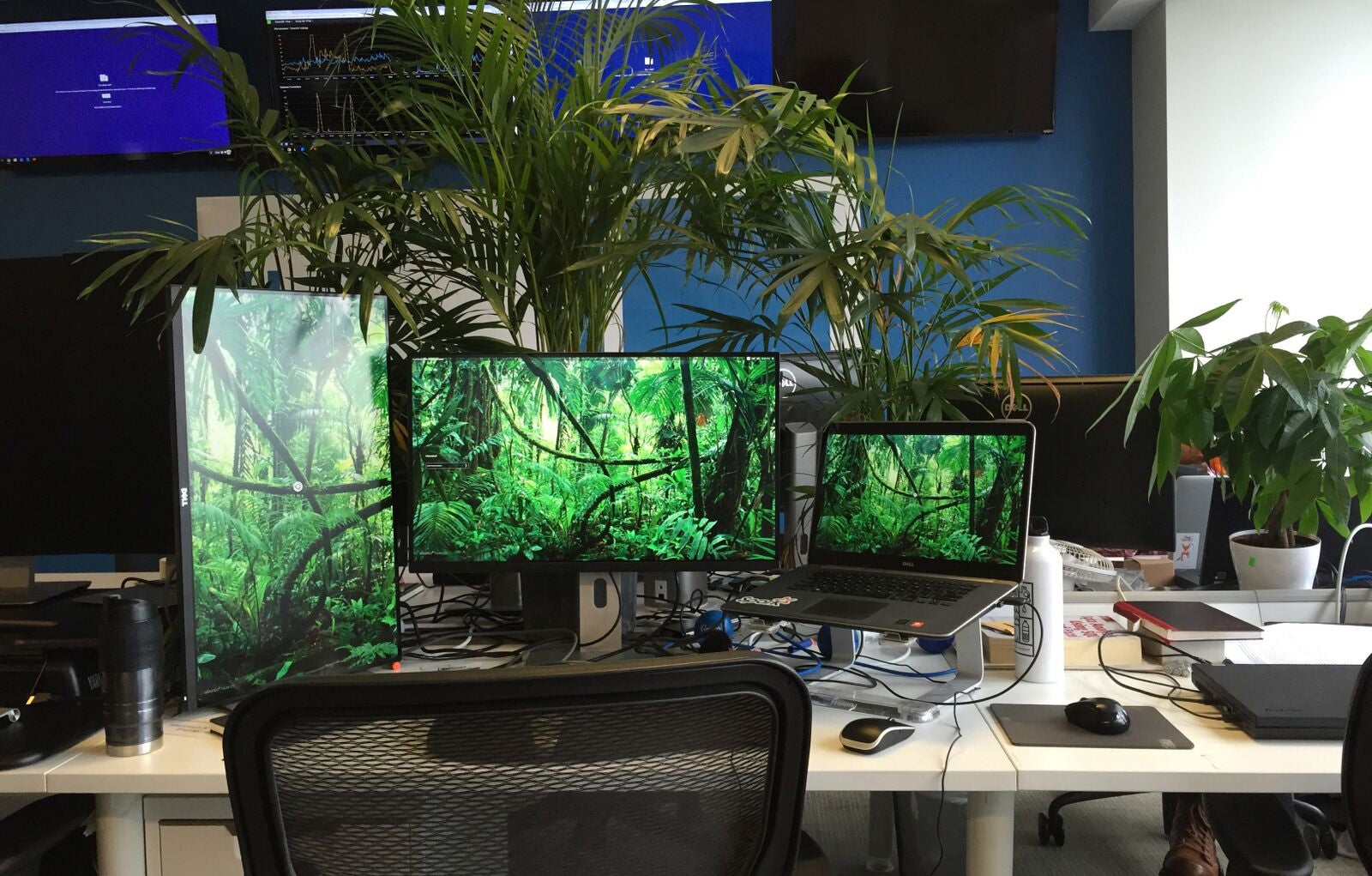 The policy started out as an inside joke stemming from the product engineering and design team's decision to call itself “The Forest.” (The company’s content team, meanwhile, calls itself “The Ocean.”) “It’s because the forest feeds the learning ecosystem,” says Narodny.

Conference rooms have been christened accordingly -- as in “Thicket,” “Bramble” and “Backwoods.” And when team members deploy their first line of code, they receive a Smokey the Bear sticker. At an off-site, the team even developed a “gang symbol,” Narodny says, which constitutes waving one’s hands wildly overhead like a tree.

But the plant-purchasing policy, known as “Funding the Forest,” grew out of the autonomy that Grovo offers designers and engineers. Because team members can set their own core hours and are only required to work in the office five hours per day, the company was running into lateness issues when attempting to convene meetings. 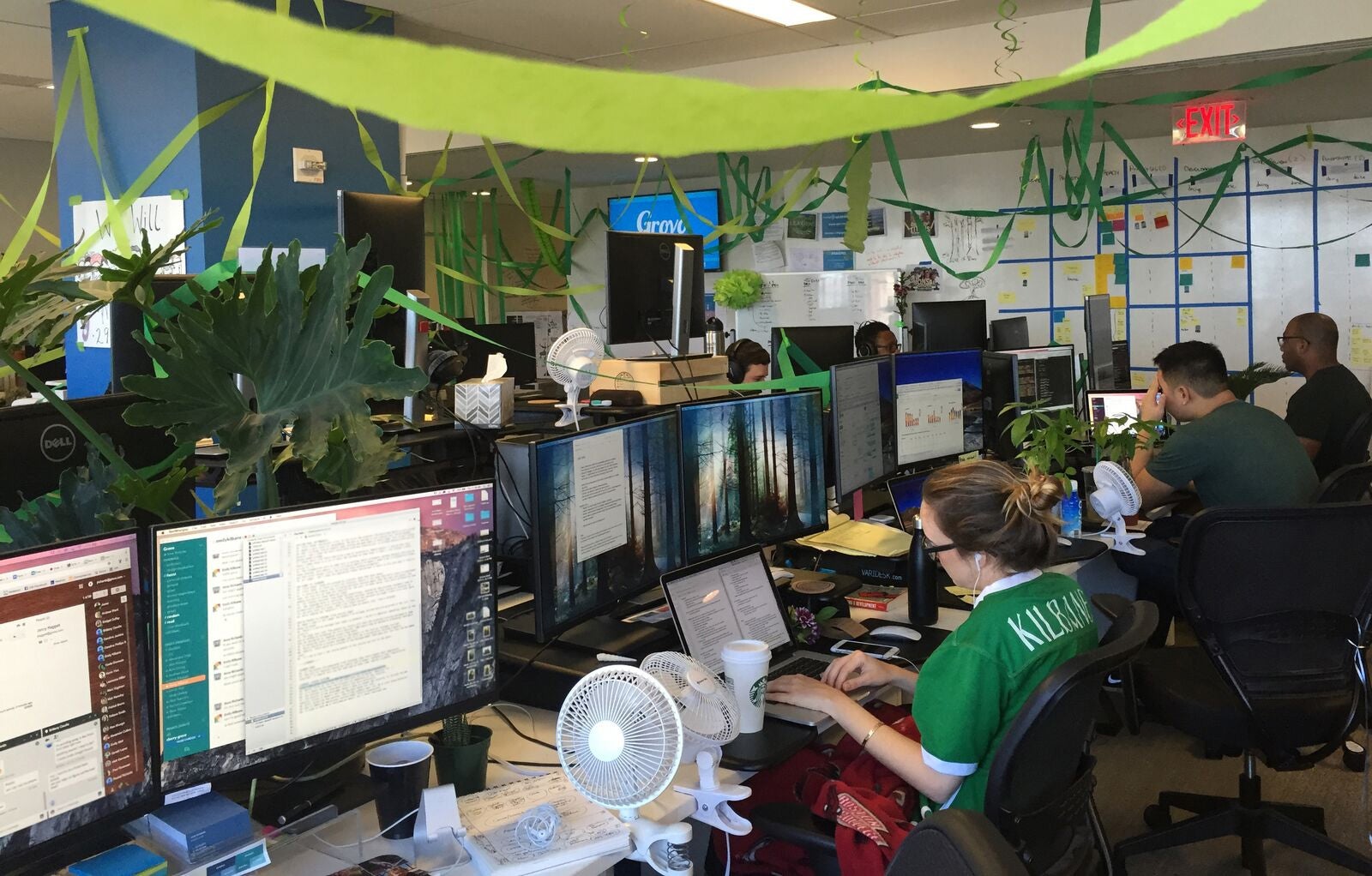 “So now our office is just filled with plants of all shapes and sizes,” Narodny says. “There’s like one or two desks that are pretty much covered in plants.” This isn’t necessarily a bad thing -- in moderation, of course. Studies have shown that ornamenting the office with plantlife can increase productivity by 15 percent.

And, as Narodny tells it, the policy has seemed to work wonders thus far. Though it is not strictly enforced and is intended more as playfulness than punishment, “people just don’t come in late anymore.” That’s because it has transfused the embarrassing prospect of arriving late, he says, into a jokey team-building effort.

What’s more? Grovo’s unique policies have catapulted it to 14th place on our first annual list of Top Company Cultures in the large company category. Check that out right here. 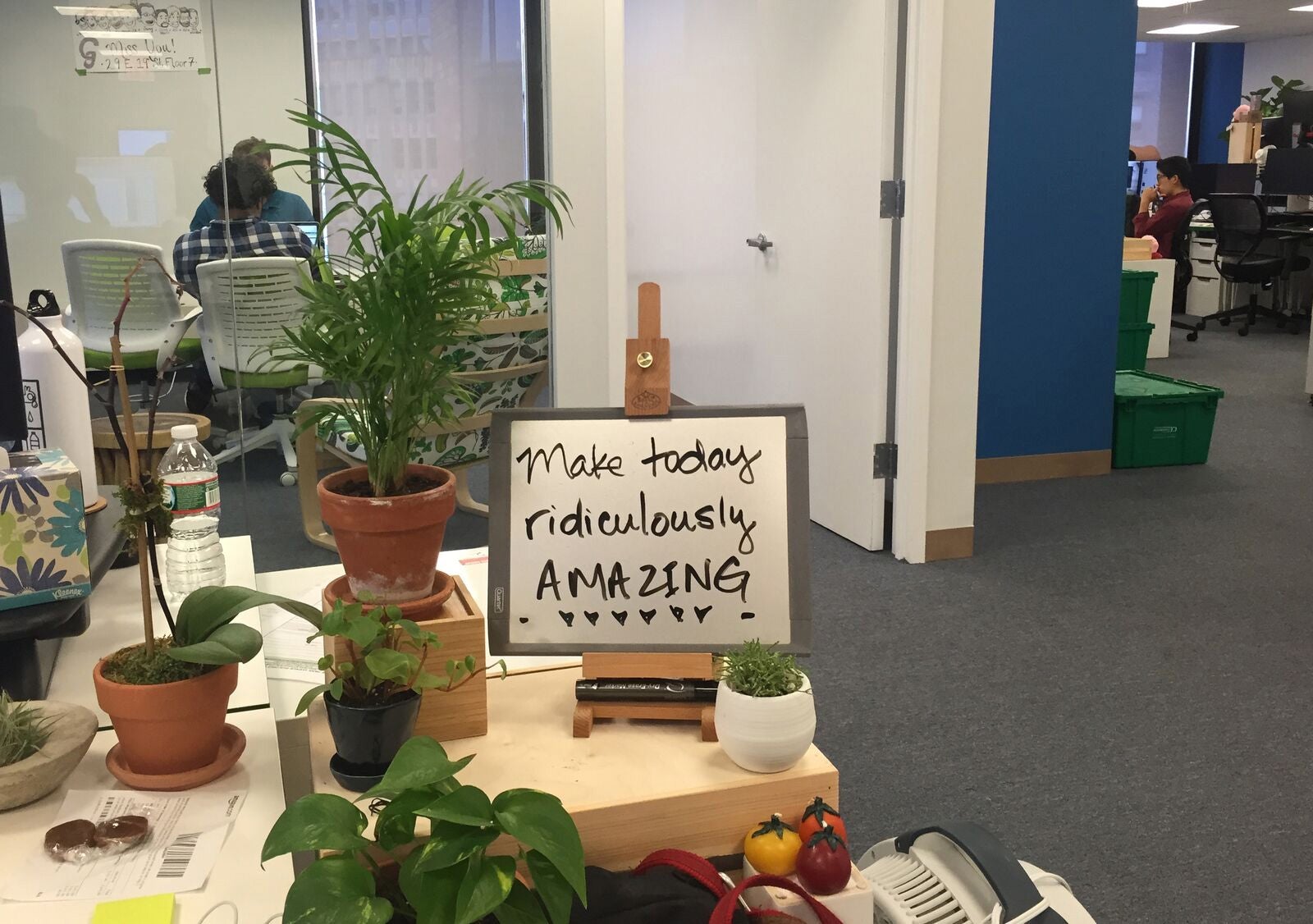 Related: The 25 Best Large-Company Cultures in 2015