By Issamar Ginzberg December 13, 2015
Opinions expressed by Entrepreneur contributors are their own.

“My partner and I are both addicted to Gary Vaynerchuk’s AGV show”, Moshe BT, the founder of MongoTEL and a serial entrepreneur told me just before Hanukkah began. “So when I saw this menorah for sale, I knew it was just the right gift to get for Gary…”

Now, Gary Vaynerchuk (who also contributes to and is written about occasionally on Entrepreneur) is certainly someone who can seem easy to reach, given his very large social media following and the inordinate amount of time he spends responding to tweets and messages. Yet, at the same time, it’s hard to move from being someone who interacts with him to moving up the ladder and being someone memorable to him. (Case in point: I’ve met Gary in the past, and even am mentioned in one of his books with a mock up cover I designed for his book The Thank You Economy. But, if you went over to Gary and said, “Do you know who Rabbi Issamar Ginzberg is?” and he did not recall, I wouldn’t blame the guy. He’s got his hands really full, and probably interacted with half a million folks since we met!)

Brooklyn, N.Y.-based Moshe and his partner, Ezra, run a VoIP telephone company called MongoTEL, going with a unique business model based on partnering with professional assocations and alarm installers nationwide as opposed to marketing directly to their custumers. They've been working on the 1,000 true fans approach.

Moshe and Ezra picked up on something very simple, very important, and something that often gets lost in the art of getting noticed and enhancing business relationships. And it is this: getting the right message to the right person… delivered at the right moment where it just “fits” simply and elegantly.

If you know anything about GaryVee, you’d probably know the following few things:

1. Gary is a (or, rather, “the ultimate”) Jets fan. You may not know if the Jets are football, baseball, basketball, or a hockey team if you don’t care about sports. But you will know, quickly, that Gary is an avid fan, and...

2. Gary sees himself as the future owner of the Jets. Will he succeed? When I think about this question, I feel kind of lost. On one hand, I am sure that Gary feels he will one day be the owner of the team. And, even if the current owners don't plan on selling, it can’t be all that bad for them to have the kind of rabid, successful, large megaphone fan like Gary tooting his horn whenever possible for “their” team. So I leave this question to time, knowing that hindsight bias will enable me to feel that “I knew that would be the end result!” happen no matter what. (Gary, if you are reading this; I know you’ll buy the team. I know you’ll remember meeting me, or at least my name. And you’ll remember discussing… your Jewish grandmother), which leads me to #3...

3. Gary is proudly Jewish. Gary is a hardworking, extreme-hustling, immigrant success story. You know, the “money doesn’t grow on trees” kind, where he spent hours and hours of his life in a wine and liquor store, where he learned about hard work and about wines, which is how his wine show got started, which led him down the trajectory of success and gave him many of the keys and tools it took him to get to where his is today, giving six-figure speeches and running VaynerMedia, writing best-selling books, and more.

Related: Here's The Reason Why Full-Page Ads Are a Waste of Money

So, Moshe picked up on the Jets (Gary’s team, whether as fan or as future owner), the fact that it is Hanukkah, (making this gift time-appropriate), and taking a relationship that existed on a very basic level (one of a million commenters on a very successful and popular video blog) and working hard to be thankful, be visible, and maybe even get a shout out from Gary himself, or maybe even meet him in person for lunch…)

So they sent him this: 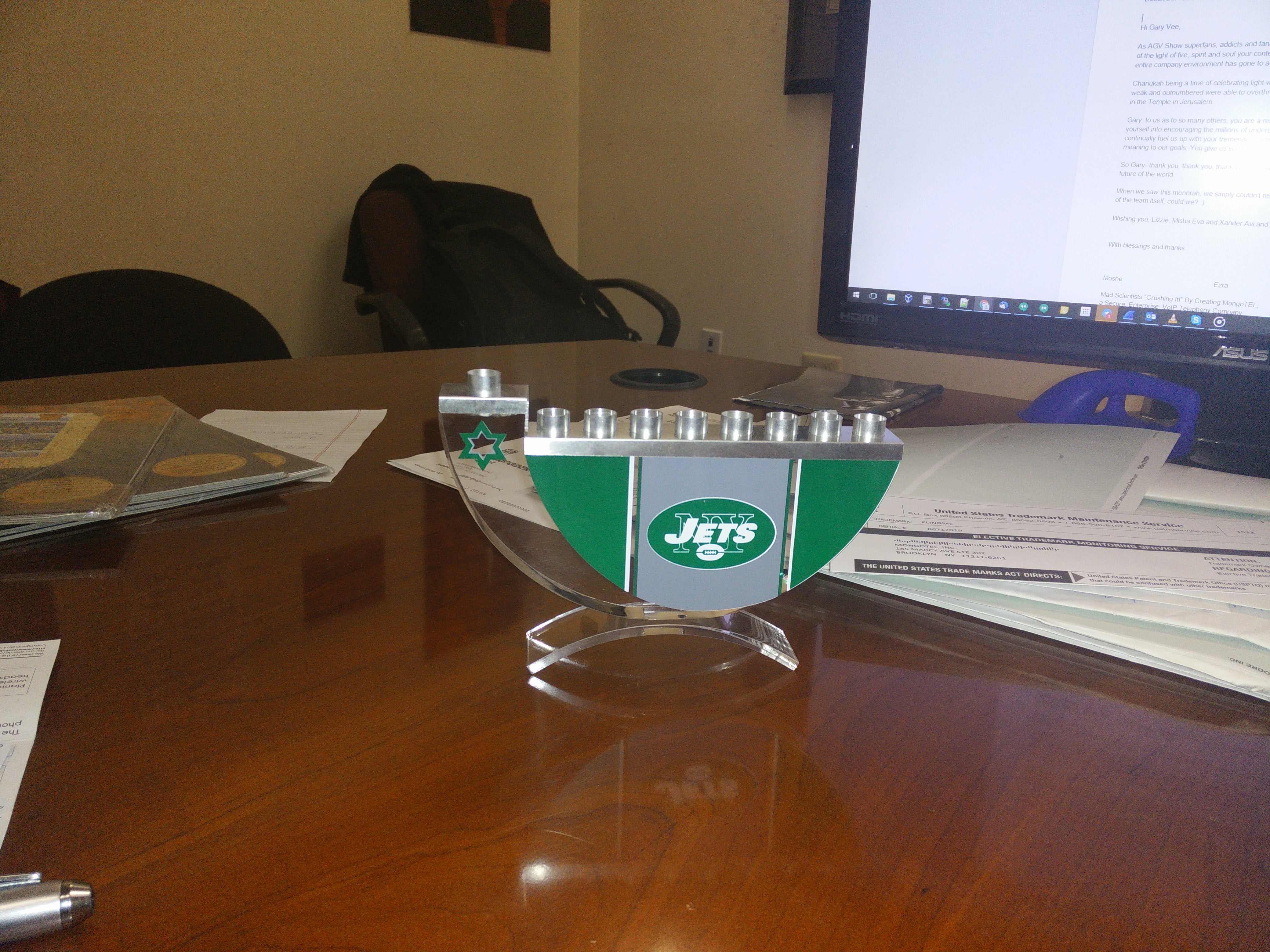 and in the back, they autographed the menorah, in sportslike style: 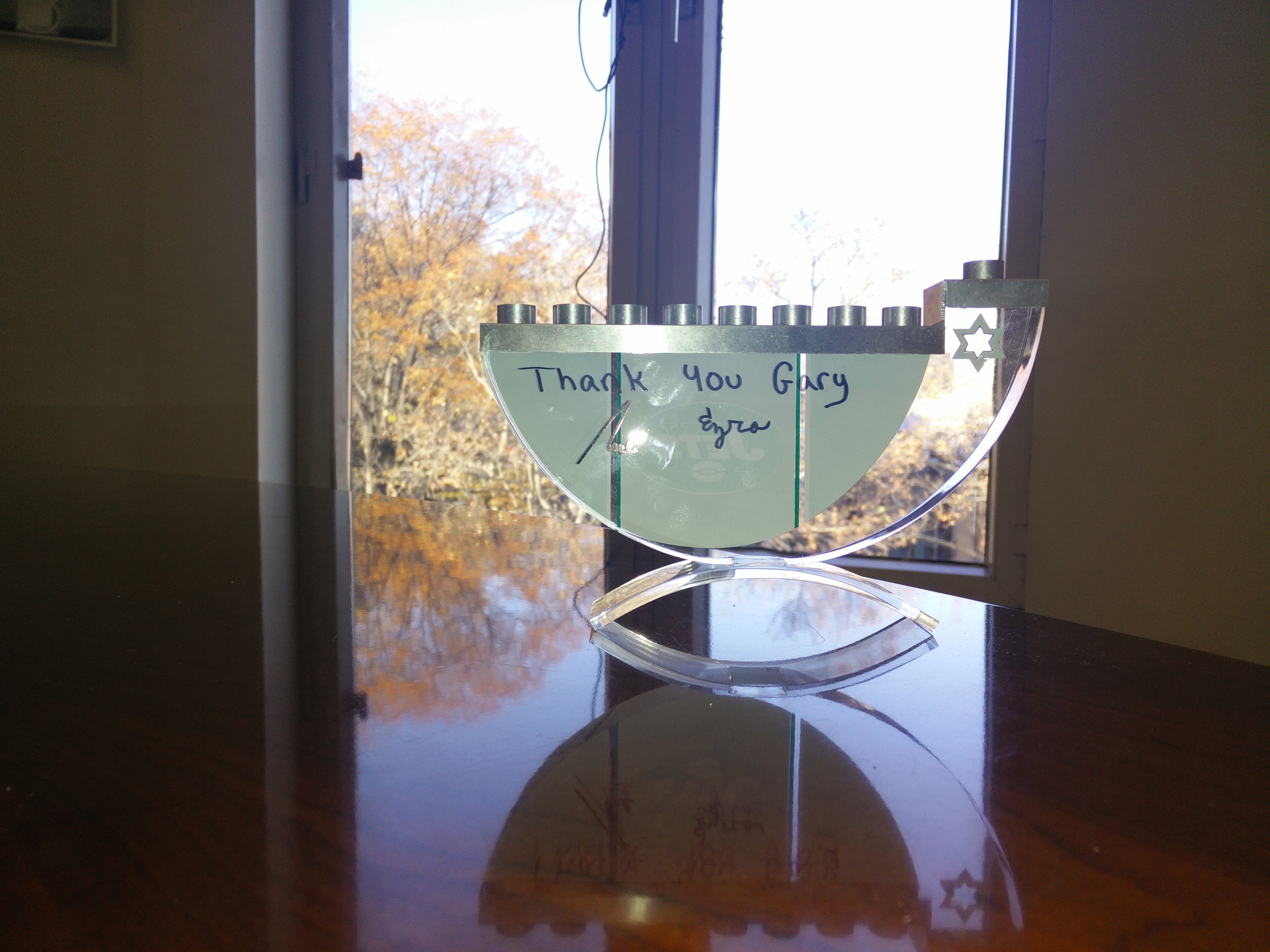 The total "gift package" consisting of the Jets menorah, a box of candles, and the letter: 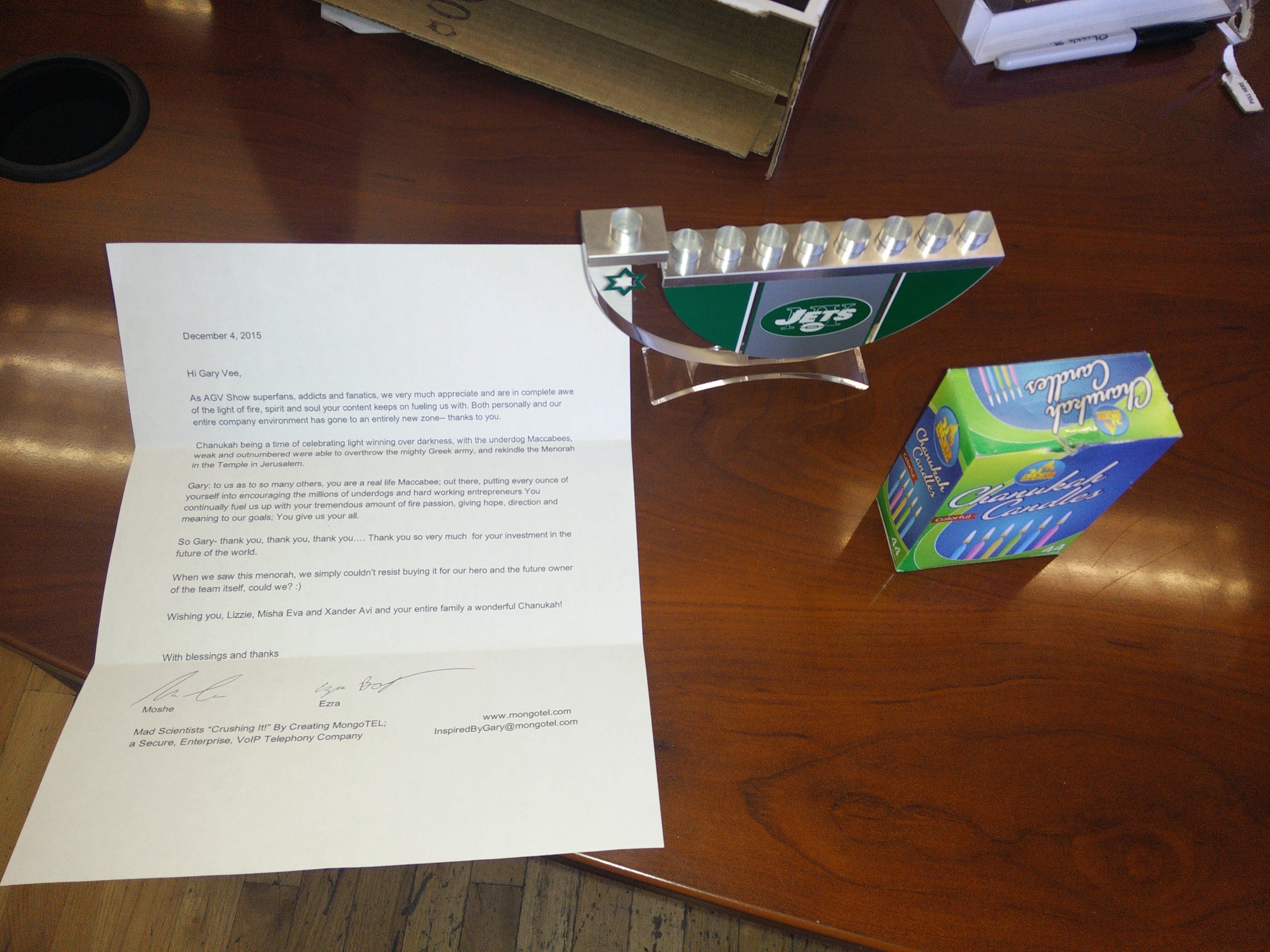 And in a box, shipped to Gary: 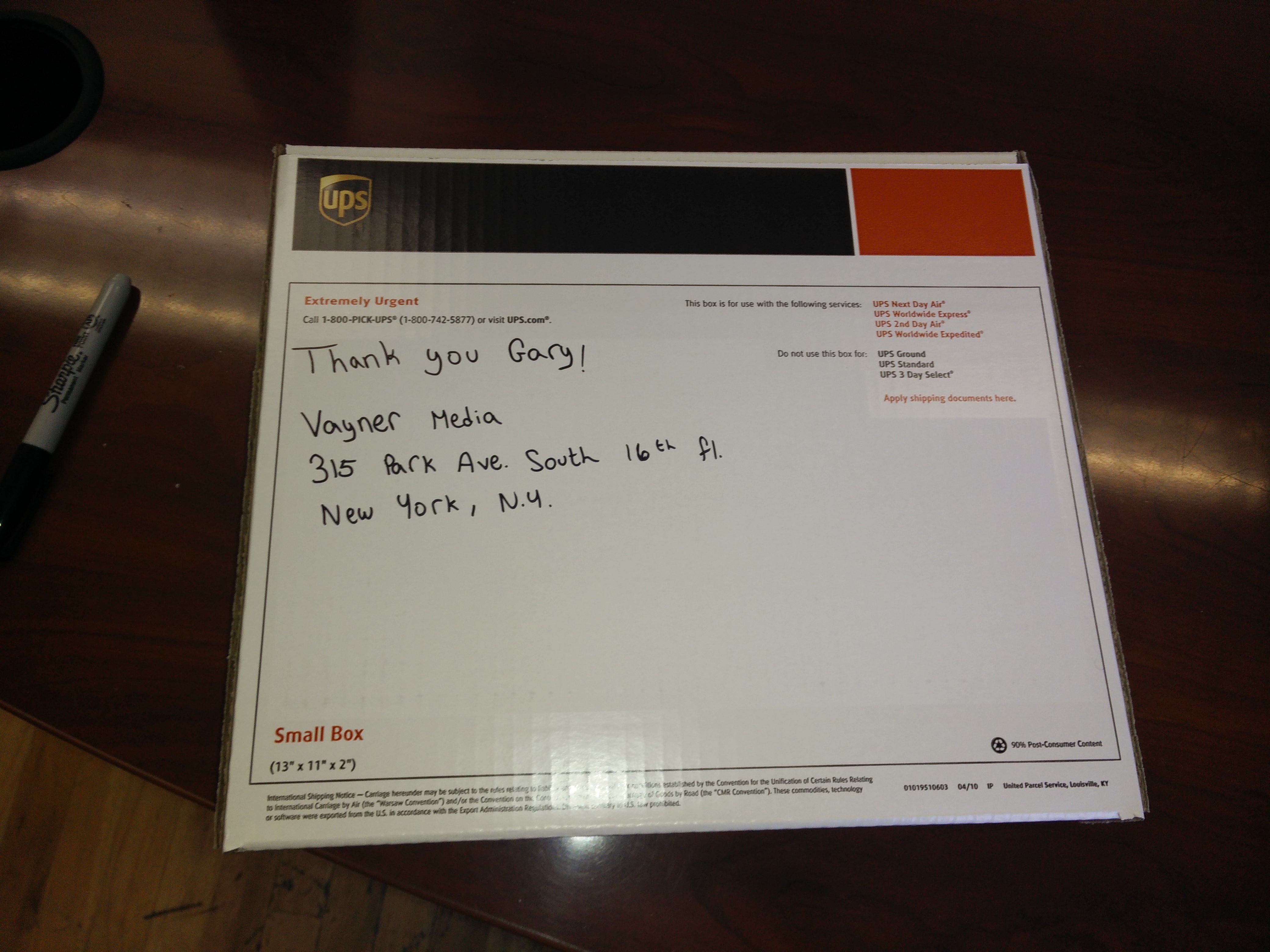 Related: Wazify Your Business To Get Around Bottlenecks

And here is the text of the letter:

Notice the names of his family in the letter. Truth be told, whenever you see something like this, it’s obvious to the receiver that this was done with a Google search, not that people remember the names of your family “on the tip of their tounge.” Still, it’s the thought and the fact that you took the time to dig it up and spell it correctly that matters. And notice the “special” email address that was set up so that if and when Gary responds, it’s going to get top priority -- and also, is a nice way of showing Gary yet again, that they consider him very special to them, a unique email address that’s all about what they feel about him!)

I don’t know if Gary responded to them yet – or if he will. But none of us ultimately controls a business outcome. Rather we can each do our best to reach out and do what we can—goals we control are attainable much more than things which we hope for but which rely on the decisions of others.

I’ll post an update to this story if Gary actually responds to Moshe and Ezra. (Gary, if you take them out to eat, I’ll pay for the wine. And knowing your palette, I know that might be an expensive offer I just made.)

But no matter what, in the true spirit of Hanukkah and spreading the light, I’ve written this article about the aspirations of two entrepreneurs in being noticed by the person whom thy feel has “lit up their business” with his empowering message; keeping the flame of drive in the entrepreneur’s heart and pushing them to strive for greater and greater success.

Related: Finding the Customers Right In Front of Your Eyes