Stay informed and join our daily newsletter now!
Will be used in accordance with our Privacy Policy
December 29, 2015 4 min read
Opinions expressed by Entrepreneur contributors are their own.

Krishna Gondi has been a successful pharmacist for over a decade at CVS. His passion was and still is medicine, but he couldn’t resist the urge of entrepreneurialism that strikes some a little later in life than others. He was always a fan of ZIPS Dry Cleaning and thought it was the perfect business model with its one-price garment cleaning and same-day service. Here he describes his adventure as a first-time franchisee.

Related: When Visions of Sugarplums Dance, This Dental Fix Rx Franchisee Is on His Way 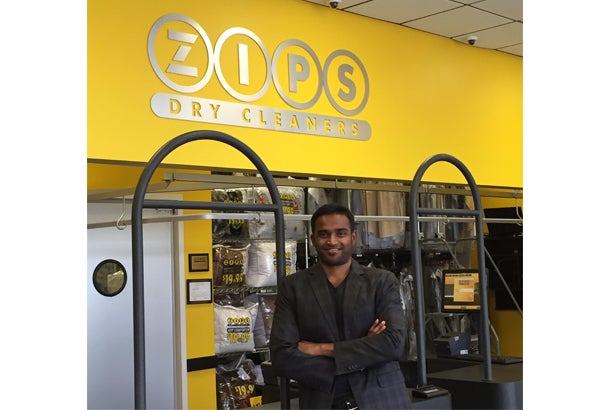 Franchising provides you with a proven business model and eliminates most of the risk involved when starting a business. I saw franchising was the fastest and most efficient way to build a business with my lack of entrepreneurial experience.

I was actually a ZIPS customer and was just always impressed with their concept. I started doing my own research and began thinking that it would be a perfect fit for me to venture into becoming a business owner. I realized ZIPS was changing the face of dry cleaning industry with their efficient, user-friendly operating system which handles volumes four times higher than traditional cleaners. After meeting with the staff at the ZIPS corporate office, I realized how focused they are on customer satisfaction and delivering high quality which aligned with my goals.

Related: Despite a Major Move, From Mortgages to Steaks, This Franchisee Never Bit Off More Than He Could Chew

I did most of my research by reading online articles and various business magazines. I did talk to a few business owners who I knew were in different industries to get some advice on day-to-day business operations of their business. Staff members at the corporate office of ZIPS were very open to my questions and gave me advice on anything I needed as were other ZIPS franchisees who I called.

One of the biggest unexpected challenges was definitely financial setbacks I had.  For example, the architect we had quoted us a price but ended up being almost double what was quoted. You have to be prepared for something like this. Thanks to my own family and friends, I was able to meet those financial needs, but was definitely unexpected. The other hardship was actually finding a location. Finding the right location is already difficult in itself, but trying to find one that would allow a dry cleaners was very tough.

Q: What advice do you have for individuals who want to own their own franchise? Advice I would give would have to be two things. One, make sure you do all your research and know what you are getting into, that way you have a lot of knowledge and eliminate any surprises that could have been prevented. Last, no matter what arises, do not give up. While starting a business can be very stressful and sometimes you just want to throw your hands up -- don’t. The reward in the end is much greater.

Related: This Franchisee's Goal of Owning His Own Plumbing Business Was No Pipe Dream