Meet the $25 Standing Desk Made of Collapsible Cardboard

Ryan Holmes, the Canadian founder and CEO of social-media management tool Hootsuite, is branching out with yet another venture to help make workdays more productive.

The 41-year-old today launched Oristand, a standing desk made of industrial grade cardboard that weighs 2 pounds, collapses into a flat and easily portable pane and costs a cool $25. 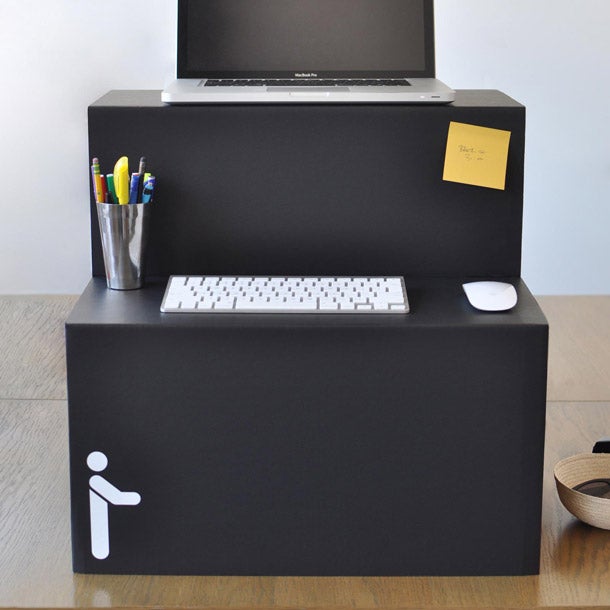 While the desk is purportedly strong enough to hold “any laptop and keyboard,” its non-coated and recyclable cardboard surface may be prone to dents, scratches and spills -- which the site’s FAQ section suggests shouldn’t too badly compromise the desk’s supportive strength. ”Under normal daily use,” according to the company, “you can expect your Oristand to last for years.”

Related: Harvard Professor Crafts $50 Standing Desk That Can Fold Into Your Laptop Bag

Holmes was inspired to create the product as he was recovering from a back injury, and found that many standing desks on the market cost hundreds of dollars, he told The Globe and Mail. 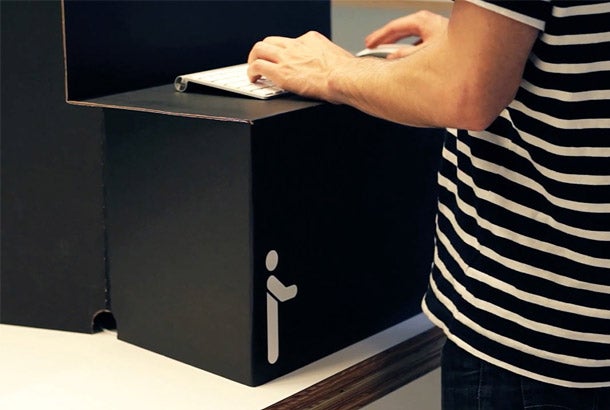 Oristand came to fruition after three years in development, during which Holmes worked alongside Steve Suchy, a Vancouver-based architect, designer and furniture maker, as well as industrial designer Nathan Martell -- the two of whom now run the company.

Related: Sick of Sitting? Tired of Standing? Take a Load Off With This 'Leaning' Desk.

What did Levi's answer about the accusations of cultural appropriation in Mexico?