From Passion to Money: 4 Ways to Find Your Calling

By Ritu Kochar October 7, 2016
Opinions expressed by Entrepreneur contributors are their own.
You're reading Entrepreneur India, an international franchise of Entrepreneur Media.

“Follow your bliss and the universe will open doors for you where there were only walls.”  -Joseph Campbell

When reality throws a brick on your face, these words seem a little hard to follow. Your cynical self comes to life and you wish if only you could get a dollar every time someone comes up to you and say ‘do what you love’ and ‘what’s the point of doing a job when you don’t even enjoy it?’ Well, there’s a reason it’s called ‘work’ and not ‘fun-activities-that’ll-make-you-rich’. Even Confucius who encouraged people to do what they love sometimes missed what the statement actually meant. So what does doing what you love actually mean? Doing what makes you happy? If yes, does that mean that every successful person who actually did what they loved was never unhappy? Even during the times he was stressed out of his brains? I have never heard of a person who became a writer because his parents wanted him to or because he had no choice. And still writers are some of the saddest people who exist in the world. (I’m not generalizing. There are many optimistic and happy writers out there.) Therefore, the state of unhappiness can co-exist with you loving your job and vice-versa. What I think loving what you do means, and I’m no expert, is that the troubles you go through are worth the outcome.

So can you really do what you like? I don’t think it is the right question to ask. What I do think one should try to answer is, ‘Do you know what you like?’ Do you know that one thing that will make you happy irrespective it makes you money or not? These, I believe, are much tougher questions to answer. It might seem weird to some people that how could one not know what they like but not everyone is Mozart or Steve Jobs who just happen to stumble upon what they really liked and continued doing it. Sometime people have to go looking and it takes multiple tries to actually figure it out. Here is what I think one should do find when looking for that thing.

There is nothing more important than learning about oneself. You can have a photographic memory to store every detail about the world but it will be useless unless you know what kind of person you are. Your whole perception of the world is based on that. Understand yourself, not just the good sides, but embrace the bad sides too. Invest time in yourself and figure out your taste. Literally. Start with an ice-cream and ask why you like it. Look for a pattern of what makes you like anything and with that perspective look for what you feel is that work which, as Scott Dinsmore puts it, “... is the work you can’t not do?” There’s no right job and you can make one out of anything. 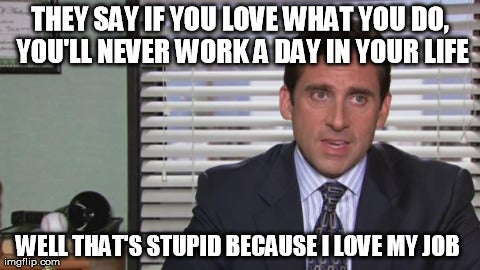 A big reason the startup culture has taken over the world is that people with an idea as small as connecting students around the college campus led to the creation of something big like Facebook. A startup is the best example of people doing what they like, from social work to food and traveling. Everyone’s idea is respected here and given a chance.

It might happen when watching TV or just scrolling through the Internet, but there comes a time in every one’s life when you stop for a moment and unknowingly you have goose bumps all over your body. These are the goose bumps of inspiration looking for outlets to get in and work their magic. Your inspiration is yours and no one else’s to share. It’s surprising the things humans can find inspiring. It might be a TED Talk, a post on BuzzFeed, a person with disability, a comic sketch or just the will to prove someone wrong. Absolutely anything is all right. 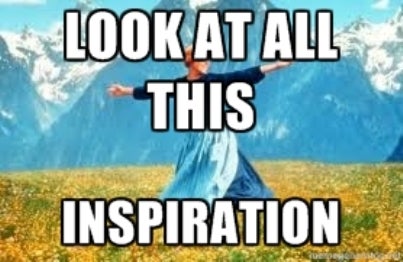 Go out of your way to look for inspiration. You find a book inspiring? Look for similar books. Even Donald Trump could be your inspiration and that's all right (God be with you). If there’s a thing that makes you feel alive, do something about it.

In a study it was proven that a cyclist, when alone, goes slower than when he was in a group of cyclists. Same goes when looking for creativity. Surround yourself with people who are already doing what they like. People who just cannot do anything else than what they’re doing. Jim Rohn said, “You’re the average of the five people you spend your time with.”  Be that person and learn how creative and passionate people do their work.

Another type of person you’ll come across is someone who feels that not doing something you like is okay. These people just encourage complacency. They make you feel that it’s okay to not have a job that is fulfilling. There are more people like them but you have the choice if you want to be that person or be someone who is crazy about his work and not always in the good way.

‘Do Something. Do anything’ 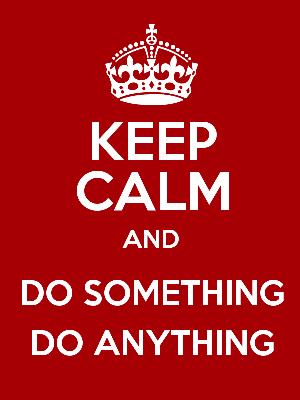 This is something I learnt from a sketch by Lev Yilmaz on his YouTube Channel ‘Agent XPQ’. The idea he talked about was simple. It was not doing what you like but literally doing anything. You don’t have to produce deep meaningful outcomes from your work that evokes philosophical ideas. No. Stop thinking about it and just do. Do the worst you can do. Bad, meaningless, crazy, nonsense and stupid work. “Don’t worry about cool but create your own uncool.” Your deep dark side filled with weird humour. Your dumb side where everything can go to hell. An idea as crazy as Seth Priebatsch’s (founder of Scvngr) ‘to build the game layer on the top of the world.’  When you’re mind is tabula rasa, then you‘ll be able to do. Something. Anything.