The astronauts on board the International Space Station have been successful in their first attempts at growing food of their own, but as cool as red lettuce grown in space is, it’s certainly not enough to make a delicious meal with. But an initiative from NASA's HUNCH (High School Students United with NASA to Create Hardware) program has the agency taking advice from some teenage culinary stars on how to spice up the ISS menu.

Through the HUNCH program, NASA partners with schools to provide students an opportunity to put their stamp on some of the products populating the ISS. For the HUNCH Culinary Challenge, 21 teams of high school chefs from around the United States are competing to create a recipe that will pass muster with a panel of discerning judges. The winning dish will be sent up to the ISS and served to astronauts.

Related: For the First Time Ever, NASA Astronauts Eat Vegetables Grown in Space

This year, the teams are being asked to make a vegetable entrée that will be both nutritious (300 to 500 calories, 300 mg max sodium per serving, 8 grams of sugar, 3 or more grams of fiber) and meet a couple of other key requirements -- namely, it has to "process well for flight and for use in microgravity." A couple of the teams recently got to have a preliminary taste test at NASA's Langley Research Center in Virginia with judges that included ISS alumni Charlie Camarda. 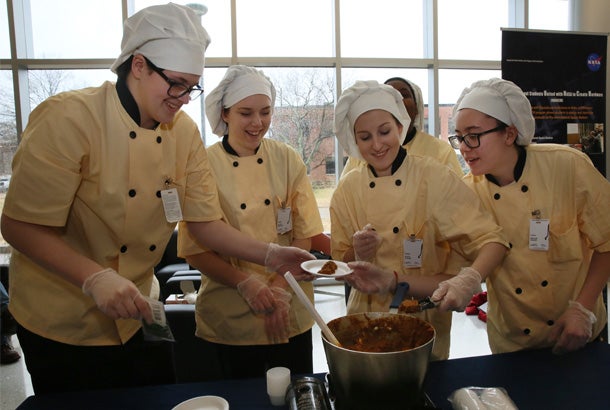 The contenders will ultimately be narrowed down to 10 finalists, who will head to the Johnson Space Center in Houston in April to make and serve their dish in the Center's Space Food Systems Laboratory.

Last year's Culinary Challenge winner, Jamaican rice and beans with coconut milk, was cooked up by five students from Phoebus High School in Hampton, Va. Their entrée will be making its way up to the ISS next month. 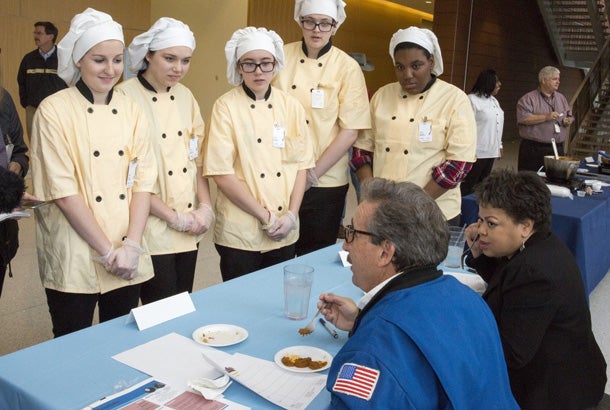 'It's not the decision we wanted,' says Jeff Bezos, losing his mind to prevent NASA from going to the Moon with SpaceX