A doctor needs to bring an elderly patient to the hospital. A dude wants to bring his latest Tinder match to his apartment to impress her … and stuff.

Both are potential uses of a new app called Teleport.

One of the first apps to be built on top of Uber’s API, Teleport allows users to summon another person, via a prepaid Uber ride, with a single message.

Teleport invitations can be sent from a variety of apps, including iMessage, Facebook Messenger, WhatsApp, Tinder, OkCupid and email. Whoever is being summoned -- let’s say it’s your grandma -- will then receive a link asking if she accepts the ride. To indicate yes, she simply clicks the link and drops a pin to mark her location. At which point, an Uber driver will be dispatched to pick her up and deliver her to you.

As the sender, you’ve already paid for the ride. For grandma, it’s free. (While Uber already allows users to send cars to pick up other people, the process is clunky. To pick up grandma with Uber’s existing feature, you have to know her specific location, call the Uber driver and describe what she looks like all the while keeping grandma apprised of the driver’s estimated time of arrival.)

According to co-founder and CEO Bob Wu, Teleport -- which launched on Product hunt in November -- began as an attempt to answer the question: “How do we develop deeper relationships with the people we care about?” While social networks allow you to maintain contact with hundreds of people, scrolling through vacation pictures on Instagram isn’t doing much for your ability to meaningfully connect with anyone in real life. Teleport, meanwhile, makes it easy to “ literally close the distance between two people.” 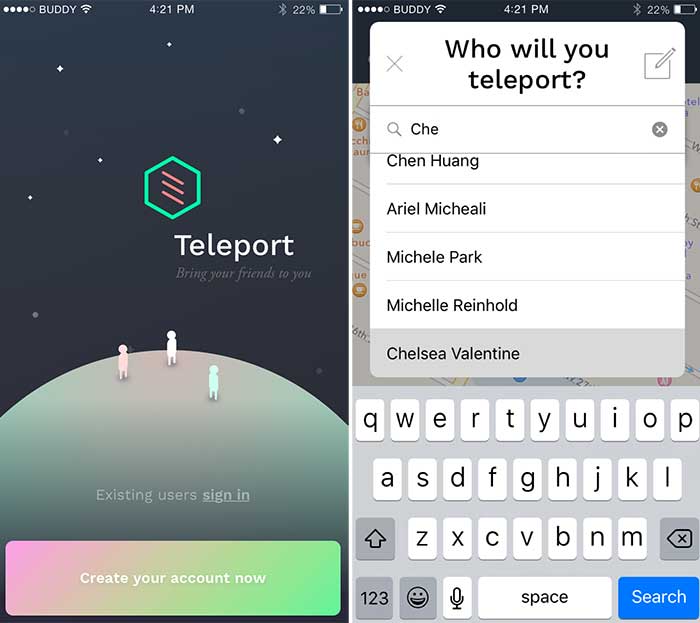 The New York City-based company does not charge individual users for its service, which means it doesn’t make any money yet (in startup speak, it’s “pre-revenue”). The enterprise version of the app, called Teleport Dashboard, soft launched last week and is currently being piloted by a few companies. Teleport will begin charging for the enterprise version of the app, which allows a single account to send out Teleport requests to multiple users, when it officially launches, which could be as soon as the second quarter of this year. For companies that regularly send out black car limousines to pick up clients, recruits and executives, Teleport is a more cost-efficient option, says Wu.

There is, of course, one burning question we had to ask him: Is he worried that Teleport is creepy? Think about it. How would you feel if the guy you connected with on a dating app suddenly tried to summon you to his house via a Teleport link?

Related: Quartz to Text You the News, Joining Other SMS-Based Services

Wu is well aware that the technology can be applied to some nebulous use cases, but for him that’s a good thing. “I think that if you do a startup, if it’s not a little scary, you probably aren’t pushing the envelope enough,” he says.

He also recognizes the safety concerns, although he maintains using Teleport is more transparent than sending an Uber to pick up your friend, grandma or hot date because it keeps identifying information for both parties on record. What’s more, both the sender and passenger can always see where a car is going. 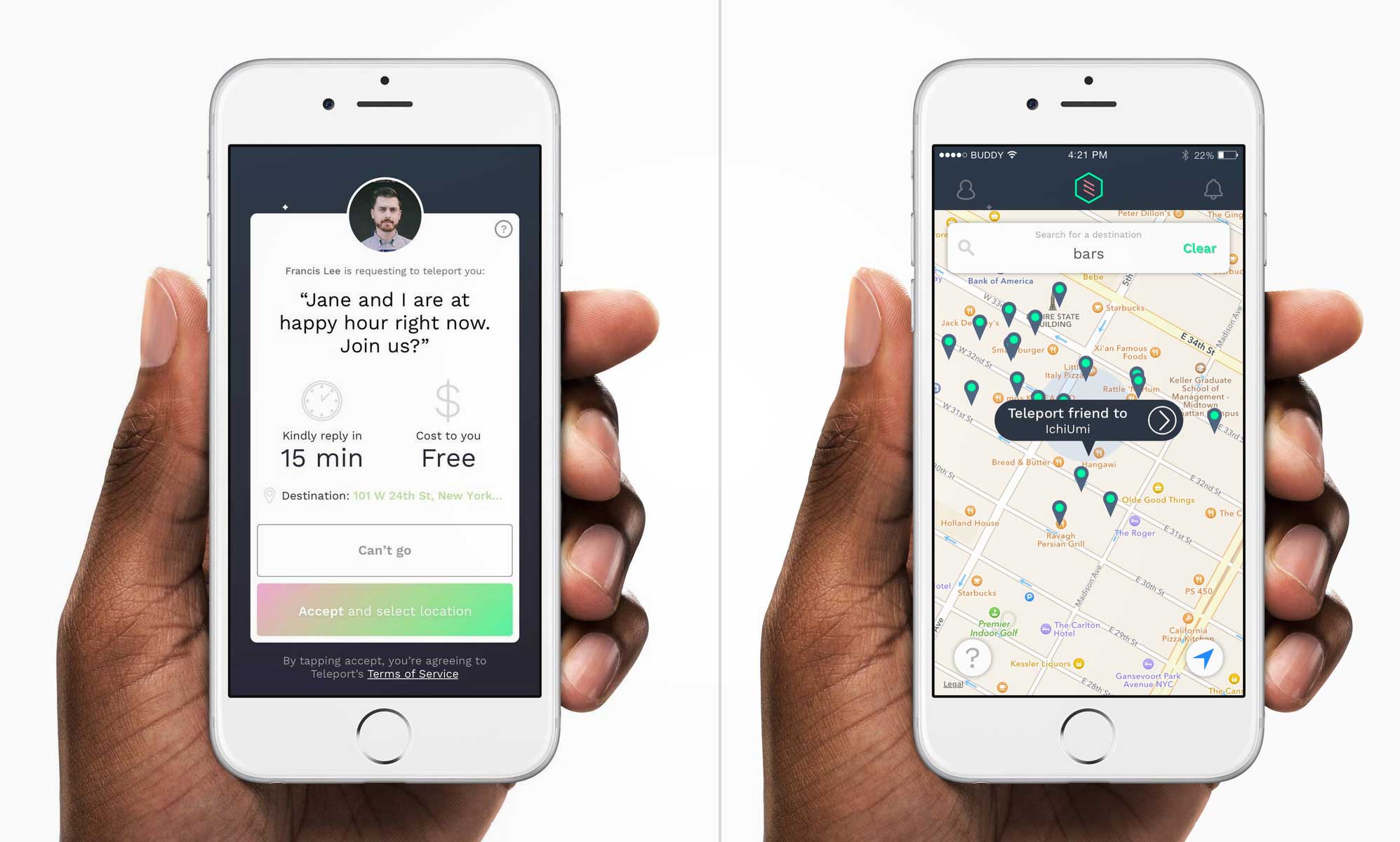 In the end, though, Wu gets that the service will make some users uneasy.

“People sometimes are a little scared when they get this text message that says oh you can click on this link and a car will appear,” he says. “It’s pretty forward and it’s pretty scary that something like that can actually work.”

But that’s also the magic of it. At least, that’s what the founders and investors are hoping users will think.

Related: Your Future iPhone Might Know How You Are Feeling