Working With Women in Rural India

Mahatma Gandhi once said that the “Future of India lies in villages.” Several social start-ups in India are taking steps to prove this point and improve the quality of life in rural India by providing employment. While they are doing this, they often face several challenges while working with women in rural India.

Prerna Wadikar, who works with RuralShores, a rural business process outsourcing (BPO) company based in Bangalore, says tier 3 locations which are primarily agrarian,  still has orthodox nuances of society like women should not stay out after it gets dark. 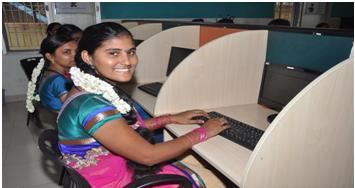 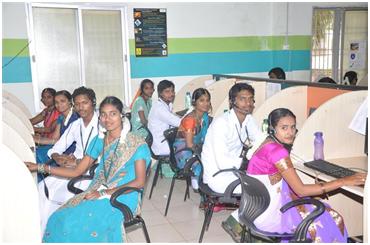 However, Prerna said that Southern India is more liberal in terms of restriction for women. As a company we have observed that it is very easy for a woman to come and work with us in South India when compared to North India. In North India, the first challenge is that women are not educated. The kind of business we do demand women to be least 10th pass. If you look at states like Rajasthan or Uttar Pradesh you won’t find as many educated women who are 10th pass. Even if they are 10th pass, they consider it wrong to be working. The mindset is “ladekiyan bigad jayengi call centres mein kaam karke!” (Girls will get spoilt if they go and work at call centres)

Farm Taaza, a fresh produce supply chain management company, has a good number of women at its collection centers. Chief Executive Kumar Ramachandran said, “I worry in rural areas more because majority of my employees are women and the environment is rough in a rural setting versus an urban setting. I’d like to make sure they leave on time, I am a little more protective.”

Amid all the concerns and challenges these start-ups have also seen a ray of hope in certain districts of rural India. They believe that there is a scope of improvement by creating awareness in these areas.

Prerna said the gender ratio has been very good at their call centres in South India. One of the centres in Tamil Nadu has 75 percent women employees.  She stressed on the importance of word of the mouth in these regions. “If one girl is happy working at the call centre she communicates the same to her friends who are also encouraged to do the same,” she said.

Bharathi was the first female chauffer hired by Uber in 2013. Bharathi said her job has given her the economic independence as an individual. Bharathi, who hails from a town in Andhra Pradesh called Ongole , wants more women like herself to take up jobs and become self-sufficient and is willing to help them pursue their dreams.

Fego.ai Raises $1.5 Million In Seed Round