B'Ring It On - Wearable Ring Technology is Changing the Gaming Community

By Sandeep Soni March 10, 2016
Opinions expressed by Entrepreneur contributors are their own.
You're reading Entrepreneur India, an international franchise of Entrepreneur Media.

The proverb: Action speaks louder than words, perhaps doesn’t fit better on anyone else than IIT Kharagpur alumnus Harshit Shrivastava and his two friends who developed the gesture and motion controlled
ring-shaped device Nimble. Through the device, they tend to change the way we drive, play and browse the Internet. Talking to Entrepreneur, Shrivastava, Founder & CEO of Bengaluru-based Intugine Technologies,
reflects on the change he wants to bring. 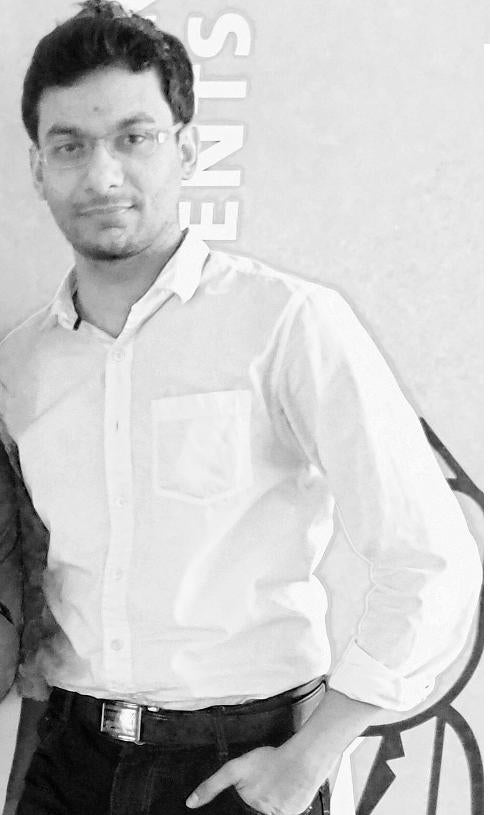 Usually, college is when people come around a lot of gaming environment and use devices particularly
laptops because of studies and communication on social media. This increases exponentially especially when you are at IITs. So when I was in first year at IIT Kharagpur in 2011, I realized that these things could be made more interesting, intuitive and might be more physical as well instead of just hitting the keyboard buttons every time sitting at one place. That’s when I thought of making a gesture and motion control device called Nimble, along with two other friends at IIT Kharagpur Vivek Kumar and Abhishek Sharma,  which could be worn like a ring in a finger for gaming and casual Internet browsing purposes.

As of now, the focus of the ring is on smart cars and smart homes applications and not much on gaming. The earlier  product Nimble tip, which used to fit on finger tip, is no longer there. Now, it is just the ring with improved precision. This was because we realized that smart homes and smart cars markets were much easier to enter right now so the ring’s form factor would fit in the use cases much better than the tip form factor. The existing solutions were initially limited and expensive and focused on the PC market such as Xbox. There were around 50 design iterations we went through.

For homes, a user can simply points the ring towards the lights (floor, ceiling or wall) and electronic appliances and gently swipes to operate them. This make homes quite futuristic. This is different from controlling individual devices through an app in a smartphone. Similarly for cars that offer Bluetooth connectivity to smartphones, a user can operate music system, windows, headlight,  bonnet, etc. Voice recognition technology has been existing for quite some time in certain cars but that diverts driver’s attention as he/she has to give voice commands multiple times unlike Nimble ring that doesn’t distract you from driving and hence is more certain and reliable.

The ring doesn’t look very big or bother your skin once you wear it. The user needs to access the app (available on Windows, iOS and Android) only once which then runs in the background. There is no sensor required to be plugged into laptop and the ring can work from a maximum distance of 20 meters from the device. We would be launching the ring again with evolved design and superior functionalities in July 2016.

(This article first appeared in the Indian edition of Entrepreneur magazine (March 2016 Issue).