By Sindhu Hariharan March 26, 2016
Opinions expressed by Entrepreneur contributors are their own.
You're reading Entrepreneur Middle East, an international franchise of Entrepreneur Media.

If you thought that pigeon post services were too passé for the smartphone era, think again! Pigeons are back as messengers in the streets of London, and this time, they are in-charge of carrying messages about a crucial concern for us all– air pollution. Those on London’s roads on March 14, 15 and 16, 2016, were greeted by a flock of pigeons, each wearing a backpack and tracking device. No, they weren’t spy agents of MI6, but the patrol team of a London-based technology company Plume Labs that works on wearable devices to track air pollution. 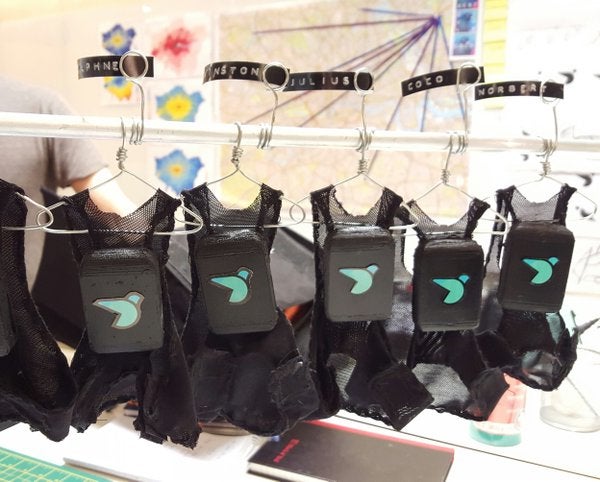 The backpacks with the pollution sensors. Image credit: Pigeon Air Patrol on Twitter.

According to a report in The Guardian, London’s air pollution levels have been alarming recently, with the city already having broken its annual European Union air pollution limit within the first week of 2016.  To counter this, Pigeon Air Patrol was hatched by Plume Labs in partnership with marketing agency DigitasLBi and Twitter UK to raise awareness of air pollution in the city. For three days in March, a team of 10 trained pigeons wearing tiny backpacks with 25-gram pollution sensors, were sent out by the company to monitor the ozone and nitrogen dioxide levels in the atmosphere. The campaign is a part of Plume Labs’ larger plan to recruit over 100 people “to fly with the flock” by wearing their own pollution sensors and help create a human-powered pollution monitoring network. The company has started a crowdfunding campaign to get people -ranging from cyclists, runners, walkers, and pram pushers etc.– on board to beta test a wearable version of the device, which is expected to complement the Plume Air Report, their mobile app, available on iOS and Android providing live pollution forecasts.

One of the quirky aspects about this venture was that Londoners could actually ask the feathered vigilantes for the pollution levels in their area by tweeting at @PigeonAir, and wait for one of the social media savvy creatures (named Coco, Julius and Norbert) to tweet back readings ranging from “Fresh” to “Very High.” Moreover, a section on the campaign website also has the pigeons professing their love for their HR team at Plume Labs stating, “Our backpacks are as light as a feather, and a vet’s on hand to double check we’re safe and sound.” Well, they sure are an engaged workforce out on a noble mission!