By Erika Widen April 4, 2016
Opinions expressed by Entrepreneur contributors are their own.
You're reading Entrepreneur Middle East, an international franchise of Entrepreneur Media.

In October 2014, Raqami TV was launched on Facebook, and three months later, it made its debut on YouTube. Although it was one of the three winners to be incubated in the Digital Incubation Centre (DIC) in Qatar, the Raqami TV team was informed that there would be no funding for the project, which was contrary to what was promised. That’s when Khalifa Saleh Al Haroon, founder of the I Love Qatar network, got involved with the project, as funding was a significant hurdle that Raqami TV needed to overcome.

“This was the biggest obstacle that Raqami as a business model had to face, as the feasibility study showed that Raqami TV needed financial support for two years in order produce shows, market them, and build an audience, which would then attract advertisers,” remembers Al Haroon. “The Raqami TV team then approached me for support. As I was building the I Love Qatar network and the YouTube network, I was interested in buying a significant stake in the idea and helping to fund the project. I'm glad I did, because the team has smashed expectations. We're the first to receive the Silver YouTube Play Button, and we're on the path to a quarter of a million subscribers.”

YouTube provides awards to content creators, and the Silver Play Button is regarded as the first recognition of the group’s hard efforts. “It’s a validation [that] we really need to continue on this journey. We're also extra proud to be the first -as far as we know- in Qatar to receive it.” Raqami TV focuses on consumer technology such as smartphones, tables, and wearable tech to name a few. In addition, there are a number of diverse programs such as Apptikar. “Apptikar, a play on words ‘App’ and ‘Ibtikar,’ which means innovation [in Arabic], which features a run down of hot apps. Mr. Q, a show I host where I unbox and take first looks at the latest technology, NashraTech [focuses] on latest trends and tech news, and more. We even have a new ‘knock out’ battle show where we pit mobile devices specs against each other.”

Al Haroon mentions that while their content is all in Arabic, it’s a simplified classical Arabic appealing to a broad audience. “Our audience is really from all over the world; however, the majority is from the Arab region. We have large viewership from KSA, Egypt, Iraq, Algeria, and Morocco. About 80% of our viewers are males, and approximately 60% of which are 18 to 24 years old.” 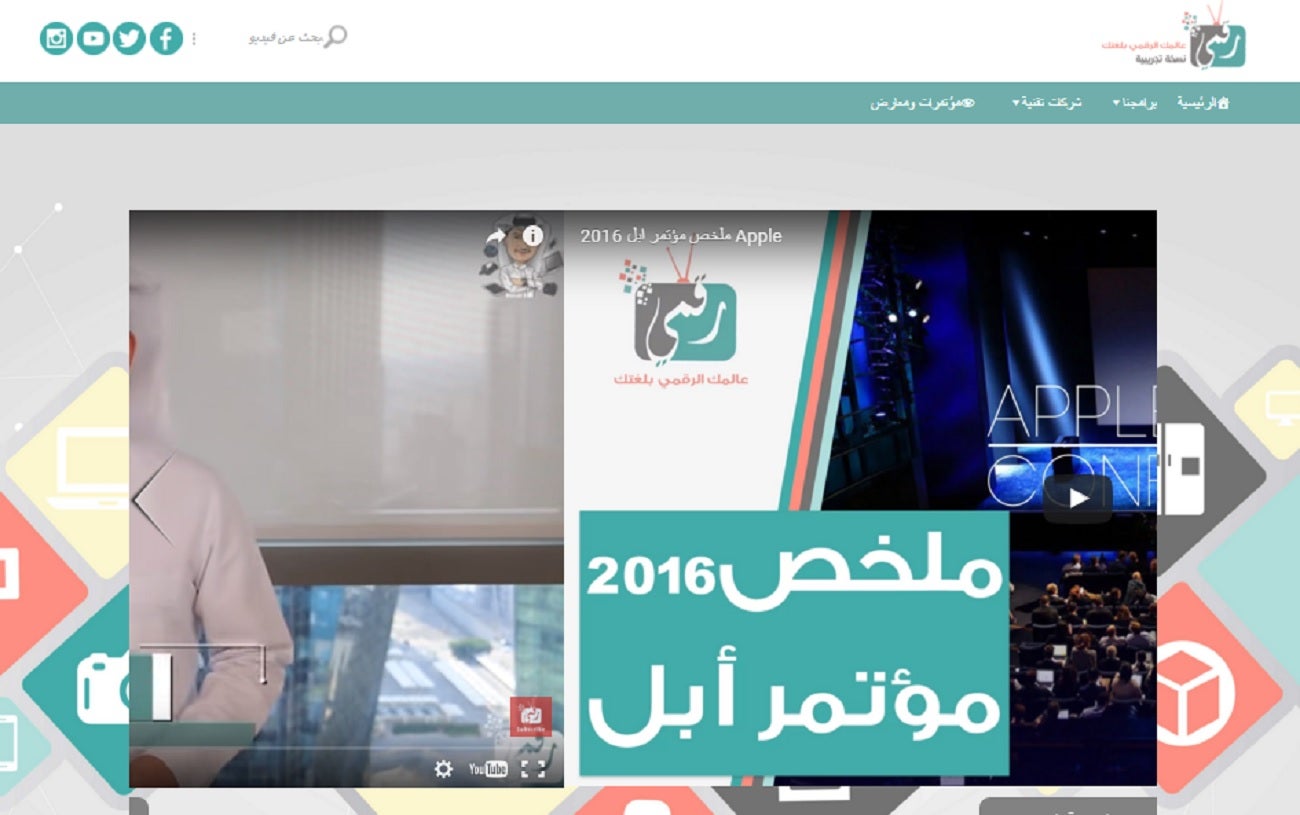 Undoubtedly, the success of Raqami TV is due to team’s dedicated passion. “We're Arabs, we love the latest tech, we're early adopters, and our voice matters. We all believe in the cause, which drives us everyday. There are a number of reasons for why we've been successful: we're doing something that hasn't been done, we're keeping things simple, we're always friendly, we respond to almost every single one of our users, and we capitalized on using existing influential brands like Mr. Q.” Raqami TV’s vision is to become the one-stop shop for anyone who needs information in Arabic on consumer technology and how to use it.

“Our mission is to help create a culture of informed technology and electronics consumers and make Arabic one of the languages of choice to obtain trusted and useful information about technology, and become contributors to a knowledge-based economy.” More importantly, market research shows a lack of Arabic content professionally produced; hence, Raqami strongly believes they are assisting in closing the gap. “All our content is original. We observe the latest trends and product releases and we analyze, write, and produce different shows ranging from weekly tech news show, events coverage, products unboxing and reviews, to how-to videos,” says Al Haroon.

Raqami TV has achieved a lot of positive reviews since it was first unveiled, and Al Haroon adds how they have a lot of ideas and big ambitions, which require investment and development. “I am hoping that we will get the attention of entities and investors looking to support youth, Arabic language, and Arabic media and content. We believe we can take Raqami TV to whole new levels with the right support and resources, in to become the true media powerhouse we are all aiming for. There's less than .05% of content online in Arabic. We hope that our content will change things.”