Investments In Indian Startups Are Back And How!

Here is some cheer for startups this year after funding slowed down significantly in the last quarter of 2015. According to a report by venture capital and startup research firm Xeler, Indian startups raised $1.73 billion during January-March 2016.

Compared with just 114 deals during the three months ended December 2015, there were 344 investments during January-March 2016. As many as 388 startups raised funds in the first three months of 2016. 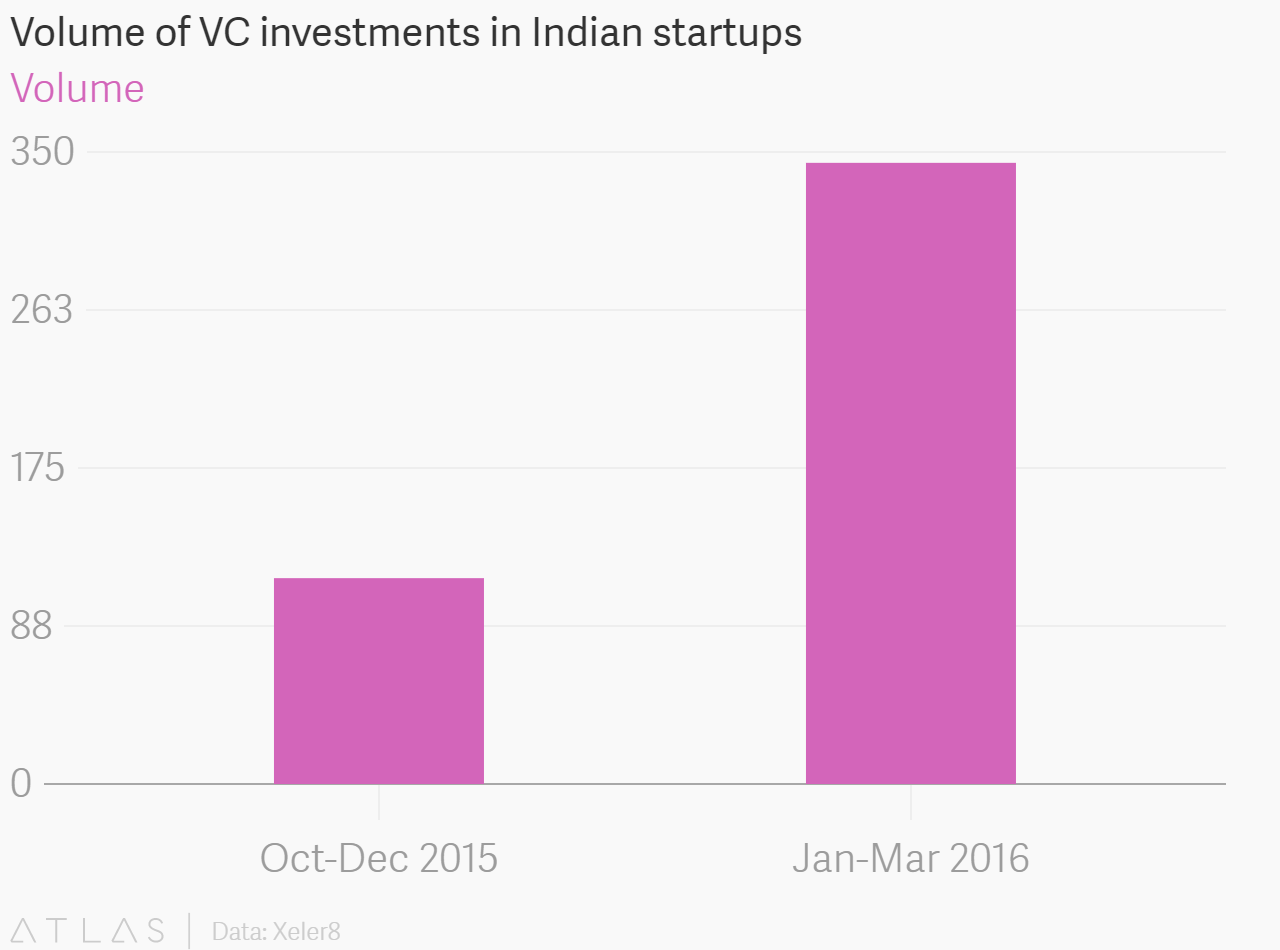 "On an average, we have seen at least 4 startup fundings per day between January to march 2016," Xeler said in a report. Read full report here.

eCommerce, SaaS and health tech have emerged as the top performing investment segements this quarter with a cumulative investment of over USD 810mn across 103 startups that accounts for 47% of the cumulative deal value, the report said.