By Erika Widen April 19, 2016
Opinions expressed by Entrepreneur contributors are their own.
You're reading Entrepreneur Middle East, an international franchise of Entrepreneur Media.

Mohamed Abu Issa may be better known for his exploits as a quad racer (who, by the way, holds the distinction of being the first rider from Qatar to complete the Dakar Rally in South America on a quad bike), but this Qatari national is also a businessman- he’s the entrepreneur behind the soon-to-open OxFitness Lab in Doha, an enterprise that, interestingly enough, was born out of a personal need. “I dedicate a lot of time training and managing my lifestyle to be as efficient as possible for both my sporting career and business career,” Abu Issa explains. “I struggled a lot when I began training heavily to manage my nutrition, diet and training. I used professionals from all over the world, but I was not getting optimum results as not all areas supported each other.” For instance, he notes how his diet for weight loss was not concurrent with his muscle building. As a result, he become increasingly frustrated and hired a full-time trainer and nutritionist- and the outcome was positive. “The results were outstanding, and my riding rose to another level,” he says. “I can’t explain the drastic difference of having all the elements of training and lifestyle managed in one place. It was at this point OxFitness Lab was born, and my passion for sports developed this unique concept.”

Qatar currently has a world-class training facility for athletes called Aspire. It is a sports academy, a learning environment comprising of the largest sports dome in the world. As an elite sports institute dedicated to developing young athletes to their full potential, the facilities offer state of the art equipment for the purpose of sports training. However, Abu Issa wanted to create a facility for the mass market and provide the public and amateur athletes access to knowledge on training and lifestyle. “This led to the three core pillars of OxFitness Lab being created,” he says. “They are OxHealth (managing your well-being), OxTraining (achieving your goals) and OxLife (building your lifestyle).” According to Abu Issa, one of the unique aspects of the fitness lab is its one-of-a-kind training, jointly aligned with a five star service. “It was due to this that I wanted to hire a general manager from a luxury hospitality background, which will ensure our members the best possible service and hospitality. This was [a] challenge– as to recruit from top level positions in established firms is tough for a startup with no brand recognition and just a concept in place.”

But Abu Issa wasn’t going to cut corners- he was keen on building OxFitness Lab as a facility where the genuine care of their members and team is top priority. Each of the lab’s members will have a personalized program, which not only considers their needs and health goals, but also enhances their lifestyle and wellbeing. “We pledge to provide the finest collaborative personal service and facilities, within a motivating and innovative environment,” he declares. “We are the only center that covers in depth a wholesome approach to lifestyle and wellbeing. We are an innovative fitness concept that integrates health, training and lifestyle in a dynamic and motivating environment.” 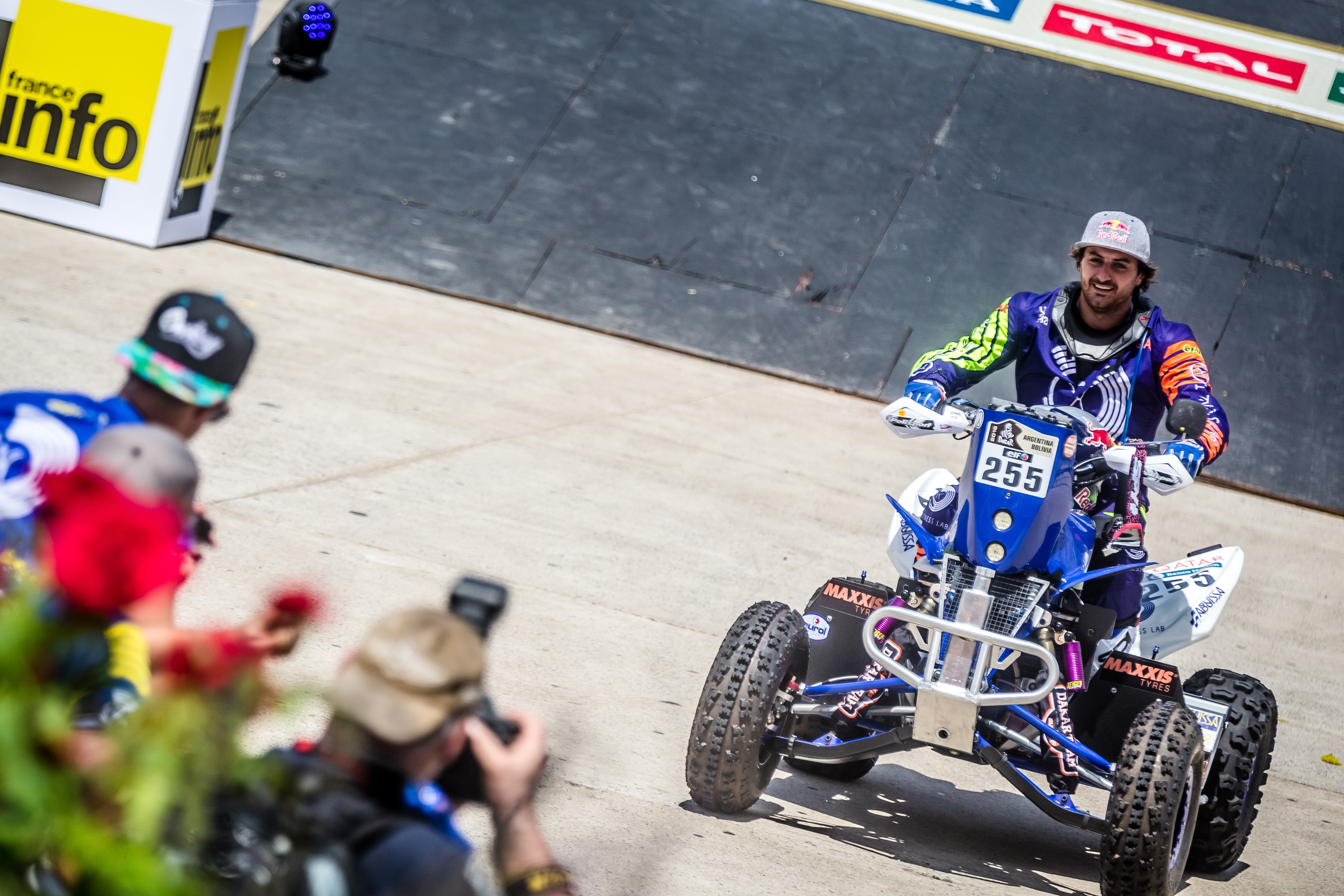 As for what the OxFitness name signifies, Abu Issa reveals that he and his team went through several brainstorming sessions with their branding agency to come up with that- they knew from the start that the facility would be more than a conventional gym or fitness center. “The importance of diagnosis, testing, science and more importantly development in our concept gave us the idea to include Lab in our name,” he explains. “This is something we certainty wanted to include. The Ox part of the name comes from oxygen, which is not only key to survival and a hugely important aspect of any training; it was also a style we implemented in the design of our facility. Our facility has a very unique design with minimal straight lines, lighting and features.” As for his business’ viability in the Qatari market, Abu Issa believes that health and sports have a vital role to play in the development of the country. He notes that there are many challenges when encouraging the local population to eat healthy and live a more active lifestyle, and “despite this, the country is making large investments to raise awareness of its importance,” he says. “And I think this is exactly what needs to be done. Startups and businesses in the sport and health industry are also supporting this.”

With that notion in mind, OxFitness Lab can be said to be aligned with the country’s National Vision 2030 as well, since human development is stated as one of the four development pillars within the vision, regarded as a drive for a healthy population. “We support the National Vision by not only providing a service to our members, but by also educating them and creating a hub for knowledge sharing, we hope to develop an ever growing and sustainable health conscious community that will continue to be developed through generations to come,” Abu Issa says.

With respect to Abu Issa’s juggling of roles as a racer and an entrepreneur, he reveals that besides being a dedicated professional athlete, he has always had a keen interest in business. “Coming from a business family always gave me a drive to be involved in business,” he says. “I studied business and marketing in London as I was determined to develop my knowledge before starting my own company.” Unquestionably, he claims to be interested in the family business; however, he has always been determined to start a business on his own. “The concept for the fitness lab came along at the perfect time. I was coming towards the end of my degree in London, and I was becoming more and more involved in Qatar’s sporting community with my racing career, going from strength to strength, and becoming a Red Bull athlete.” But starting up his enterprise was not an easy process, he admits. “The biggest challenge, as with many startups, was creating the right team to support in the development and implementation of my concept.”

In terms of advice for his fellow entrepreneurs, Abu Issa underlines the importance of taking an idea and placing together a business plan first, known as phase one, and if the idea is feasible, then go ahead and start working. “As young Qataris, we have such great opportunities here in our country, and one bit of advice I would give is to just get started,” he says. “It is tough starting your own business and there are many things that will go wrong as well. But as many hurdles as you have to overcome, you will never get past them if you don’t start.”

As for Abu Issa himself, he doesn’t plan to stop on his startup pursuits with OxFitness Lab. “As a keen entrepreneur, I am always keeping my eyes for new opportunities,” he says. “Along with the racing and fitness industries, I am also a keen investor and advisor in the technology sector. Technology is a very exciting and fast-paced industry with opportunities for great returns. The projects I am involved with will hopefully all be going live in the first half of 2016.”

Racing to the top: Mohamed Abu Issa on his passion for motorsports

“I have a passion for motorsports for as long as I can remember,” says Mohamed Abu Issa. “I used to do a lot of horseback riding in my youth, but when I got my first small bike at the age of five, that changed everything. I started to enjoy it more and more; my older brother was already into motor sports at the time, and as you can imagine, I always wanted to compete with him.” Thanks to his brother’s patience and support in teaching him everything he knows today, Abu Issa soon found a passion for motorsport embedded within him. As a result, he continued to develop his skills with the support of his family, until he became a professional quad racer in 2013. “Before turning professional, I had many years of working my way up the ranks. In my first local race, I finished last and I started to have second thoughts about moving my hobby and passion to a competitive level. However, I decided to push on and keep trying. I still remember to this day how disappointed I was and I never wanted to have that feeling again. So, I got straight back to practising and developing my bikes.”

As a professional quad racer, Abu Issa has competed in the Cross Country Rally World Cup. “In my first year, after a lot of learning through the races and a serious crash in the last race in Morocco, I finished as Junior World Champion, and second in the world in the senior category. I couldn’t believe how it felt for all my efforts to come together, and deliver such a great result in my first professional series.” At the end of the series, he started to develop his team as he was heading to compete in one of the world’s toughest races, known as The Dakar Rally. In 2014, Abu Issa competed in his first Dakar Rally. “What an experience,” he remembers. “It was so tough and new to us all. We traveled with 10 to 15 people as part of the team, including the team manager, Sebastian de Groot van Embden. It was a big change from usually attending races with friends or local supporters.” The Dakar Rally was for a 14-day period, and Abu Issa recalls how they covered approximately 10,000 kilometers of South America, including Argentina, Chile and Bolivia. “The whole team including myself slept in tents every night and we experienced some very tough conditions including altitudes of up to 4,800 meters and freezing temperatures. Each day, I raced for an average of 12 hours and also studied my road book for two to three hours.”

In the end, Abu Issa finished in first place in the junior category and fourth overall. “I was overwhelmed and honored to make Qatar proud in such a highly accredited event,” he says. “I went on to compete again in the world championship finishing in second place for the second consecutive year. Since my first Dakar, I have competed twice but I had to retire from both due to technical problems. However, after a lot of testing I think the bike is ready, and there is a good chance for [me to compete again] next year.”