In 2011, Wael Ghonim anonymously created the We are Khaled Said Facebook group in solidarity with a young Alexandrian who was tortured and killed by police, igniting mass protests during the January 25 Revolution in Egypt, which also eventually got Ghonim secretly detained for 11 days. With the Arab Spring behind him, Ghonim then went on to launch Parlio with co-founder Osman Ahmed Osman in 2014, which the former Google MENA employee created as an online space for meaningful discussions around world issues.

“We started Parlio with a mission to create an online space for thoughtful conversations around the world's most critical issues,” Ghonim and Osman wrote in a post. “We were concerned about how today's social media experiences are designed to favor broadcasting over engagement, posts over discussions and shallow comments over deep conversations. So we decided to do something about it.”

Parlio was established with US$1.68 million in seed funding from VC firms Betaworks and Founder Collective, Yahoo! CEO Marissa Mayer, Aramex founder and CEO Fadi Ghandour and other investors, and the site has since hosted civil conversations on topics that include race and free speech, the 2016 U.S. elections, gun control, and the refugee crisis debate. 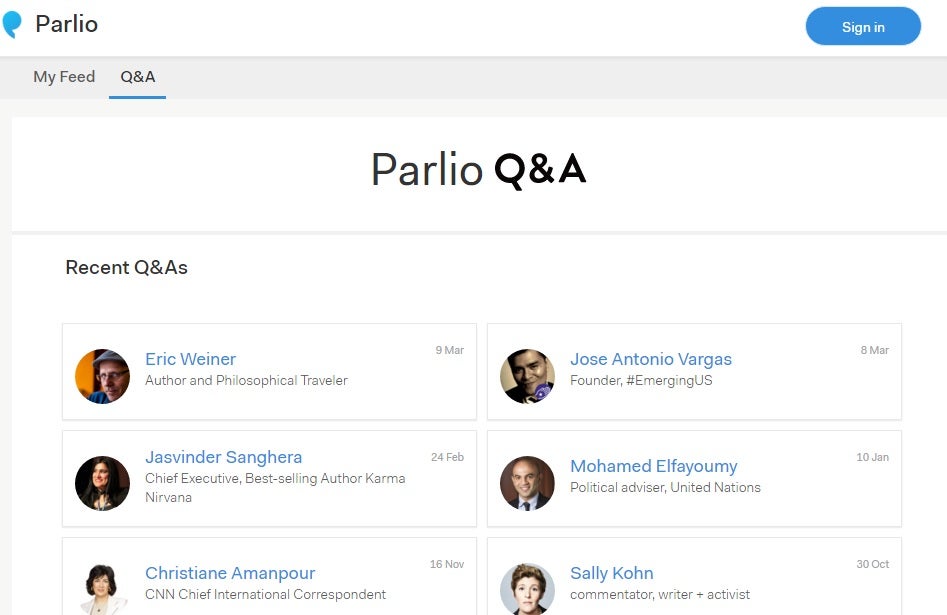 In March this year, Q&A website Quora announced its acquisition of the startup, with Parlio’s founding team and operations joining Quora too. As Quora’s first acquisition, and with a similar mission of sharing knowledge from a diverse perspective, perhaps it’s a step towards welcoming discussions on every angle. A few months ago, Quora had also launched Writing Sessions, a feature competing against Reddit’s Ask Me Anything feature, where users can ask public figures anything (but it can bring forth trolls, too).

It’ll be interesting to see how the new partnership will evolve, as Parlio prides itself on maintaining discussions wherein people are encouraged to listen and be welcome to civilly disagree and discuss. Given the acquisition, users won’t now be able to post new content on Parlio, but the site would still stay active with published content, with some to be republished on Quora. Now that Parlio has joined Quora, it can get exposure from the Q&A site’s 100 million unique visitors and perhaps, Quora can have the push it needs to be a better platform of discourse.

This Company's 7-Year Journey From Kitchen to Acquisition

10 Factors To Consider When Making An Acquisition

Acquisition vs. Ideation: Is Acquisition Entrepreneurship Your Best Bet?