Businesses across much of the globe now have an additional collaboration tool to help keep employees productive, in the loop and organized.

Today, the popular workplace productivity tool Trello announced its web interface is now available in a total of 21 languages, with more than 47,000 new words translated.

To reach that staggering number, the company crowdsourced the translations to a group of 520 volunteers. The translators joined Trello boards to stay up to date on the progress of deciphering every page on the site and had a glossary to help guide their thinking. It took four months to complete all 16 languages.

The team behind Trello decided to have a more aggressive global strategy after seeing extensive growth in international markets. Trello boasts that its service is used by people in every country, with 75 percent of its traffic and 45 percent of its revenue drawn from outside the U.S. After expanding to a particular country, the company reports that signups in that locale triple or quadruple. For its initial international push, Trello launched with French, Portuguese, Spanish and German.

To attract these users, however, the Trello team has to do more than be conversant in a given nation’s native tongue -- they have to learn the behaviors of its international demographic. In Latin America, for instance, they are considering how Trello might make its mobile app the sole means of access, as many people don’t have access from a desktop.

The company has also adapted its marketing strategies by country, rather than language, because potential new users are more accepting of marketing campaigns that are in line with their national tastes and customs. “Just having the product available in the local language did not spur organic growth,” wrote Trello's VP of marketing in a blog post outlining lessons from the company’s initial international expansion. 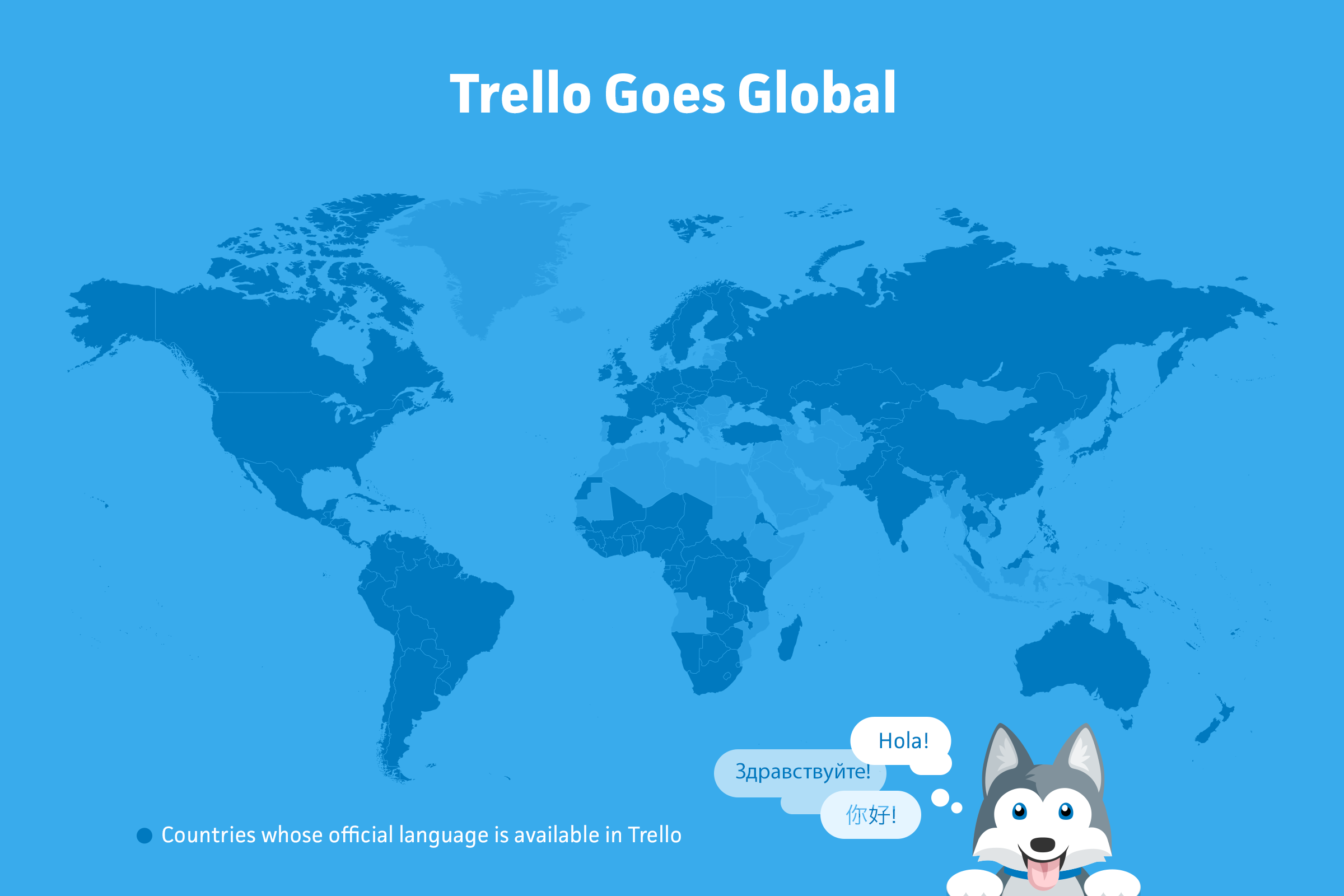 A list of the new language settings Trello has added via crowdsourcing is below. As for those curious about what “Trello” means in English, it’s a variation on Trellis, which was the tool’s internal code name before its launch. Who knew?

Related: Why Learning A Foreign Language Can Make You A Better Entrepreneur