This 29-Year-Old Entrepreneur Was Rejected by 35 Potential Employers. Now, He's the Co-Founder of a $1 Billion Startup. Here's How.

When Dan Kan was a senior in college, he applied for about 35 jobs, most of them in finance. By the time he graduated in 2009 from Claremont McKenna college, Kan had been rejected from all but two of those jobs.

"I remember distinctly when I was graduating that I was going to go into finance. Like, "Oh! This is the path. Everyone goes into finance.' You make a lot of money," says Kan, 29, during a phone conversation with Entrepreneur.

With hands full of rejections from the finance world, Kan had two opportunities: teach English in Korea or work at a startup in San Francisco called UserVoice, a platform which helps companies collect user feedback. "I went for the startup," says Kan. 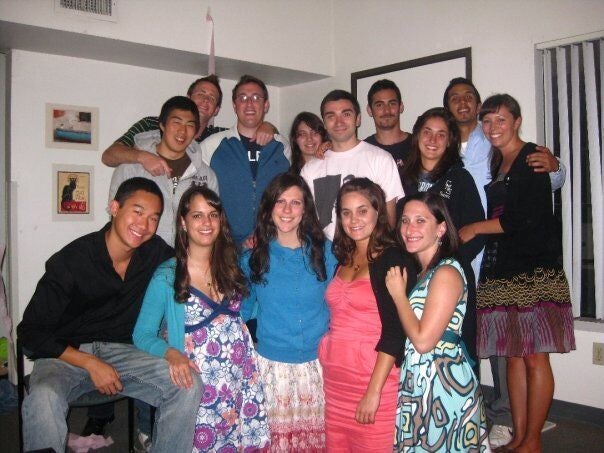 Today, about seven years later, Kan is the co-founder of Cruise Automation, a startup that General Motors bought in March for $1 billion in a cash and stock deal.

So how does a wannabe finance college grad land at the top of one of the hottest startups in Silicon Valley? A bit of luck, the right connections, a healthy appetite for risk and a remarkably unflappable demeanor. Kan knows he has pulled a lucky hand, but he's also played his cards right.

Startup juju runs in the family.

Kan grew up in a family of entrepreneurs. His mother started her own real estate and mortgage broker business in Seattle in the 1990s, when Kan was a young kid, around 10 years old, before the days of Google Maps. Dan and his brothers would scan and photocopy pages from giant map books, tape them together and plan out routes for his mom to take to all of the houses on her routes.

Dan's older brother, Justin, is also an entrepreneur. Justin moved to San Francisco after graduating college and started the online video platform Justin.tv in 2006, which later became Twitch. Throughout his life, his family has always been a source of inspiration and support to Dan. Even now that he is a co-founder of a unicorn that just inked a $1 billion deal, Dan still shares an apartment with one of his two brothers in an adjoining apartment with their third brother. 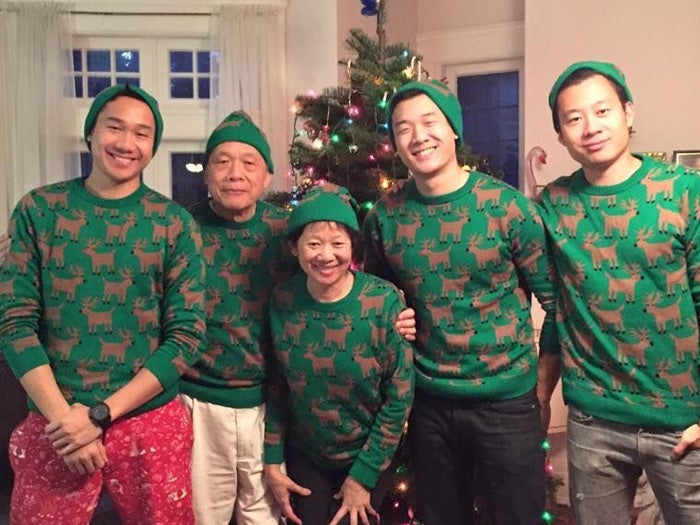 Dan says, quite modestly, that his connections helped him get his foot in the door of Silicon Valley. "I wouldn't be here without my brother or the other guys at Twitch. That's probably the most important thing," he says. "Not just having an idea or executing on an idea -- it's all about the connections that you have and the people you know and the people who support you."

A network of support will get you to the starting line, but you don't build a billion-dollar-startup without some serious determination. Dan is persistent. Tenacious, even.

"Dan has a fearlessness that is such a critical component to a startup being successful. People think of startups as risky, but often inside of them there is a lot of fear of failure. Dan is that voice in the room that says, "What if?' to challenge everyone to reach a little higher," says Nabeel Hyatt, a partner at Spark Capital, which led Cruise's series A investment, in an email with Entrepreneur. 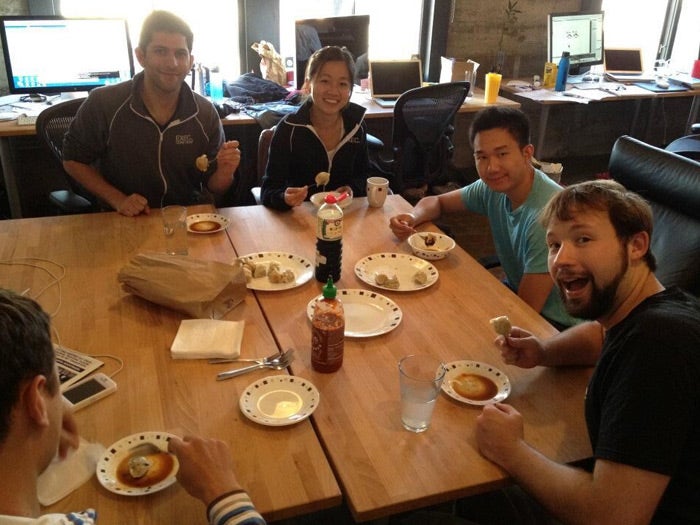 The Exec team eating dumplings at the office in 2012.
Image credit: Daniel Kan

He's not just a dreamer, though, says Hyatt. He's also willing to do the work. "Dan also just has amazing follow-through skills, he makes sure things get done, which is what enables him to be fearless with the team," Hyatt says. "He has the follow through to back up his ambitions for himself and the people he works with."

After a couple of years at UserVoice and encouraged by his older brother, Dan started his own company -- a couple of times.

First, in 2011, Dan launched Appetizely, a company that built iPhone apps for restaurants that pushed coupons to attract customers at periods of low traffic. Dan had built about 30 apps before Apple called saying that all the Appetizely iPhone apps had to be combined into one because the functionality was so similar. Dan decided that if he couldn't offer each restaurant its own app, it wasn't going to be attractive to restaurants. Within a few months of launching, he shut Appetizely down. 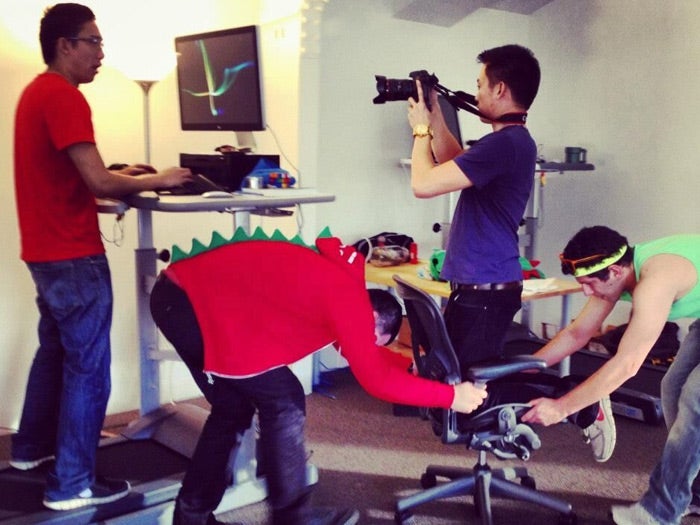 The Exec team in 2013 making a music video we made for being nominated for a Crunchie award.
Image credit: Daniel Kan

"We started off as a service that would allow you to do anything, with the push of a button, have someone run your errands or do your laundry or whatever," says Dan. "And we slowly turned into a house cleaning business. For me, that wasn't really what I was passionate about." In 2014, he sold the startup to San Francisco-based on-demand service company Handy, which has since become a leader in the space.

Throughout the stops and starts, Dan's commitment to see a project through never wavers. "At Exec, he was willing to scrub toilets for clients. At Cruise, he was willing to go out on mapping car runs in the middle of the night. He's a hard worker through and through," says Tristan Zier, the current head of mapping operations at Cruise who also used to work with Dan at Exec, in an email with Entrepreneur. "He's got the grit required for early stage startups."

Zier isn't alone in his observations of Dan's startup savviness. "Daniel has always been a guy with a ton of bold ideas, and a lot of confidence in being able to execute on those ideas and bring them into existence. He's always thinking about ways to make products and experiences better than they already are," says Amir Ghazvinian, a lifelong friend of Dan who was also part of the Exec founding team, in an email with Entrepreneur. "You always know that when he is working on some aspect of a project that it's going to not only get done, but to be very well executed."

When Dan decides to do something, he does it. "Dan is one of the only people I've been around who will say "let's do it' and actually take the necessary steps to carry out the idea," says Emma Jones, a friend from Claremont McKenna College who later worked with Dan at Exec, in an email with Entrepreneur.

After selling Exec, Dan was looking for his next move. He had known Kyle Vogt for years because Vogt was part of the founding team for Justin Kan's Justin.tv and Twitch. Dan interned with his brother and Vogt for a summer when he was still in college. 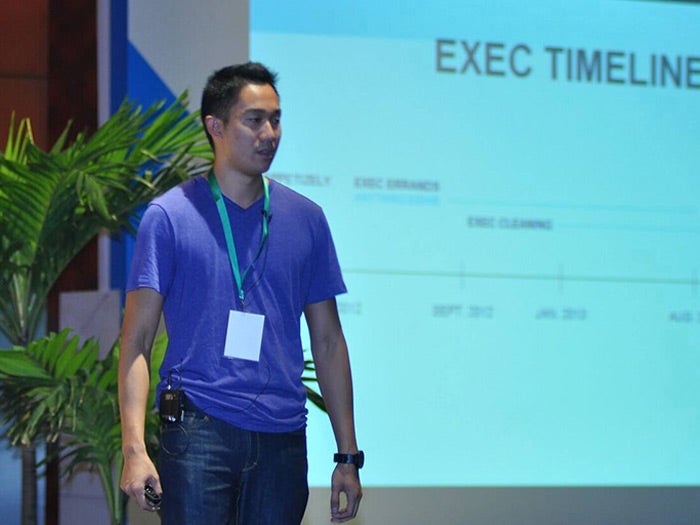 Dan speaking about Exec and entrepreneurship at a conference in 2014.
Image credit: Daniel Kan

Vogt had been obsessed with the concept of autonomous driving since he was a teenager: "This is his actual passion," says Dan, who got excited about autonomous driving by association and joined Vogt to begin working on Cruise Automation in 2014.

A unicorn is born.

Shortly after GM agreed to buy Cruise Automation for a cool $1 billion, the San Francisco-based startup that specializes in autonomous driving technology took down most of the information about the company and its technology from its website, other than a dozen or so job postings now that it's part of the Detroit automaker's umbrella. And Dan, for his part, says he has to stay mum about the technology now that Cruise Automation is part of General Motors. But the technology must have been pretty hot for GM to write such a giant check.

The $1 billion gets split between Dan, his better known co-founder and the CEO of Cruise Automation, Kyle Vogt, the other 40 Cruise Automation employees working at the startup when it was acquired and the early investors. (Jeremy Guillory and Vogt have sued each other over the former's involvement in the founding of the company.) Still, it's a flush deal. Dan is leaps ahead of where he would have been seven years out of college if he had taken a job hustling spreadsheets at even the most prestigious Wall Street bank. 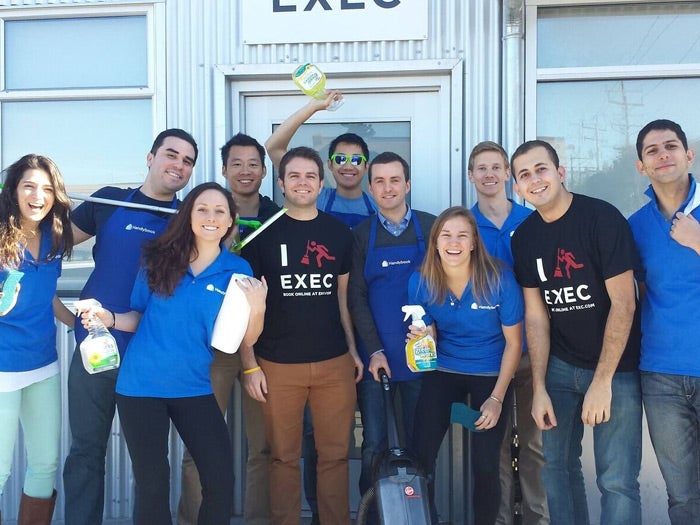 When the Exec team was acquired by Handy in 2014.
Image credit: Daniel Kan

Dan's also something of a mini celebrity, at least in the entrepreneur community. This reporter caught Dan, the first time, on the phone before he was about to go on stage to speak at Penn State's College of Information Sciences and Technology Startup Week. The kid who couldn't land the job he wanted at the end of college is now the touted, glamorized success story.

"I would definitely say that I am risk seeking a lot of things," says Dan. His surgical pragmatism is disarming in its simplicity: when he encounters a problem, he isn't dissuaded. He just finds a solution. "The way that I approach it is that every problem, or every situation that can give you stress, is just another problem that you have to solve. So if you can think about it rationally, step back and say, "OK, what can I do to make this work?' That is how we approach everything at Cruise and how I approach everything in my life." 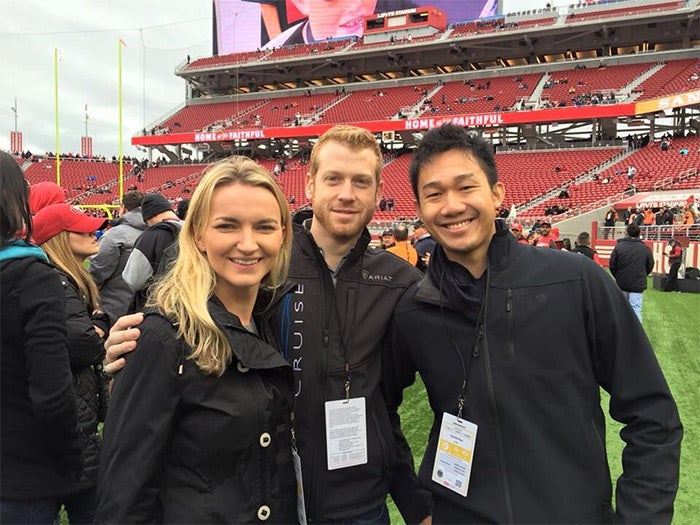 Dan with Kyle and Tracy Vogt in 2015. Kyle is cofounder of Cruise and Tracy is his wife and founder of Scuptescapes.
Image credit: Daniel Kan

His perpetual chill hasn't gone unnoticed. "He's highly analytical, so you know every idea will be evaluated logically and fairly, and he comes up with solutions that take into account all aspects of whatever problem he is facing," says Ghazvinian. "He's never daunted by a problem of any size. Even when problems inevitably arise, he never gets flustered. He just recognizes the situation and comes up with a plan of action to solve the problem one step at a time."

Related: A Look Inside An Unlikely Journey: From Olympic Skier and NFL Player to Tech Entrepreneur

But oh, look at him now. Driving right along. With no hands. 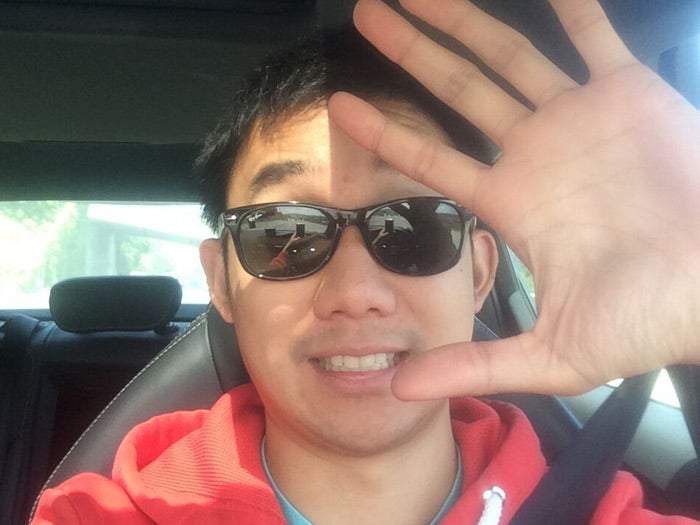 Dan taking a selfie in a self-driving car in 2014.
Image credit: Daniel Kan

"The big thing is, for me, it was unexpected. But now I can't see another way that I can have a bigger impact on the world," says Dan. "And that's a big thing for me is really doing something that I enjoy and that I want to be doing."

And to those dozens and dozens of banks who rejected Dan? "Thank you," says Dan. "Oh, absolutely."