A Clean, Carbon-free And Safe Ride To Work

By Sneha Banerjee May 6, 2016
You're reading Entrepreneur India, an international franchise of Entrepreneur Media.

Founded by Sanjay Krishnan, Lithium Urban Technologies Pvt Ltd, which is barely a year old company, is making an effort to incorporate a change in the way Bangalore’s corporate workforce travels to work. Keeping in mind the deteriorating climate change situation across the globe, the company is offering 100 percent emission free green mobility solutions through its fleet of electric cars for corporate.

Britain's retail giant Tesco partnered with Sanjay’s company in Bangalore to replace its fleet of diesel cars with more than 40 Mahindra Reva E20 eco-friendly electric cars last year.  These cars are not only environment friendly, but also ensure the safety of Tesco’s employees. The cars can be tracked by both Tesco and Lithium’s network 24X7 hours. Lithium has also been using cutting-edge cloud-based technology for bringing transparency, ensuring security and safety of employees and on-time commute of employees, leading to overall cost effectiveness for companies. 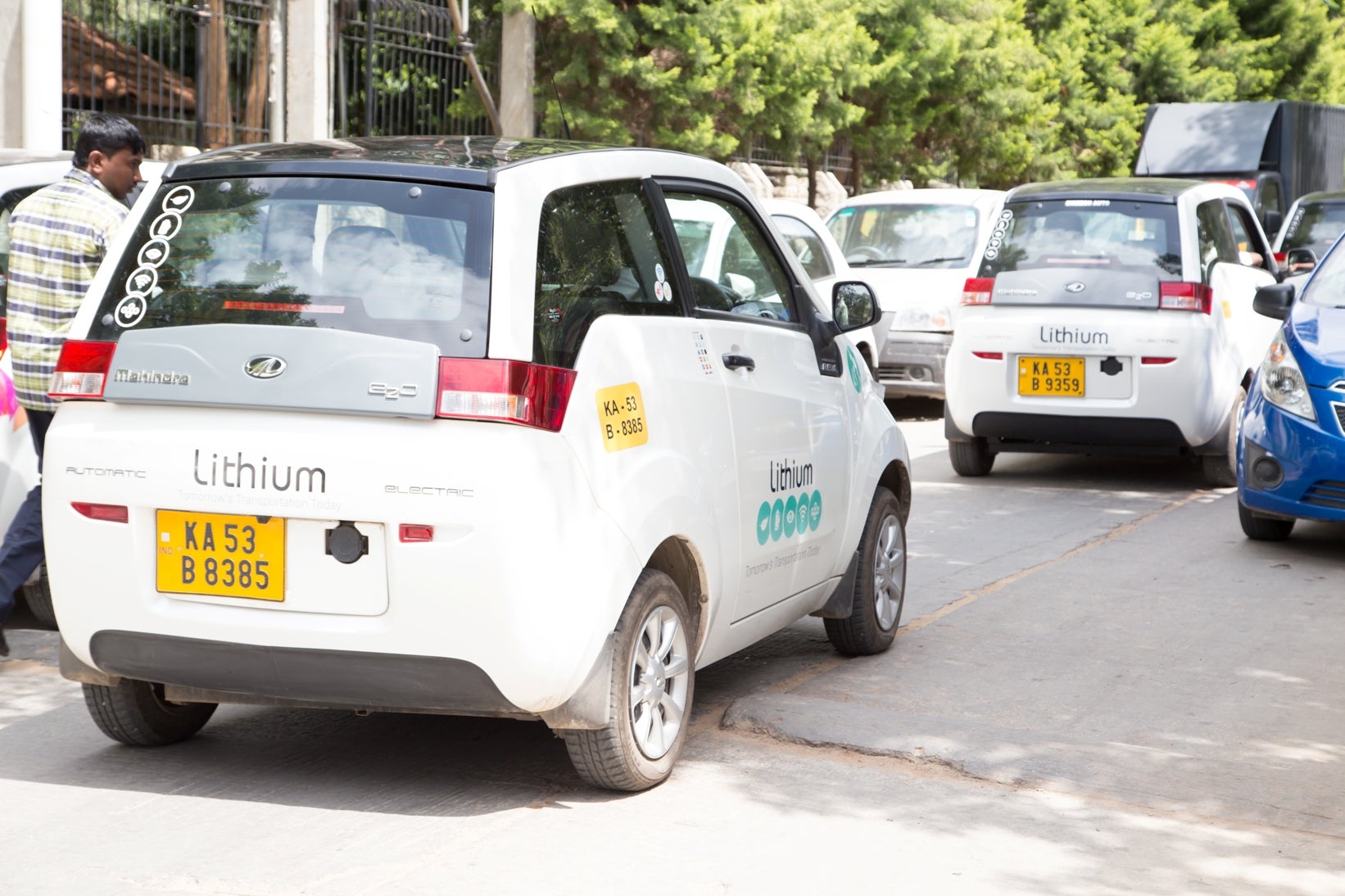 Inspired by Tesco, many other MNCs are now trying pilot programs with Lithium’s cars. The company has about 200 vehicles and 400 drivers driving these green vehicles. The company has covered almost 3.5 million kilometres till date. The company also plans to expand in other major cities across the country.

A car running on electricity, which costs Rs.7 per unit, could bring your per kilometre cost down to 85 paise!

Lithium does not work on per car basis. It signs business contracts with clients under whom it provides cars and drivers and technology. The charging infrastructure is also set up by Lithium in the client’s premises. Therefore more usage of cars by corporate will lead to more savings for corporate.

In an effort to curb the alarming rise in pollution in India, the Delhi government adopted the odd-even vehicle rule this year. The capital city, which is considered to be the most polluted city in India, implemented this rule in the beginning of this year. There are more than 1 million employees who travel to work every day in Bangalore which utilizes 200,000 vehicles per day. These horrifying statistics need to be brought under control and offering pollution free vehicles can be one of the most effective solutions.

Sanjay feels electric vehicles is the way to go if the government is trying to reduce its dependency on imported crude and other petroleum or products. Although he feels the Make In India project is a bright spot for his sector, Sanjay is fully aware of the fact that it is not going to bring in global automotive majors to make electric vehicles in India very soon. Sanjay feels the government should allow some kind of imports in this sector initially.

Here's a Chance to Invest in the Future of Engine Technology

Watch a Tesla 3 Scare Off Vandals Kicking Its Charging Port