Rustam Singh
Sub-Editor- Entrepreneur.com
home
May 23, 2016 3 min read
Opinions expressed by Entrepreneur contributors are their own.

The market place at a regional level works on several different parameters as compared on a macro length, such a nationwide or an international level on a local level is surprisingly short. It is vital to understand regional markets and then start from the bottom rising upscale to a macro national level. It is common to note how MNCs or franchises make the fatal of imitating a tried and tested international style of marketing and targeting its customer base. Regional markets already have their own trusted brands, method of selling, decade’s worth of trust and a customer base that’s simply too loyal to budge the comfort of familiarly. Therefore, it is important to understand the basis of such loyalty and how regional marketing works to best capture it.

Even in the digital web space, regional markets have a very different pattern from local markets. In a recent summary of surveys conducted on digital marketing regionally, the following vital bits of information were revealed: 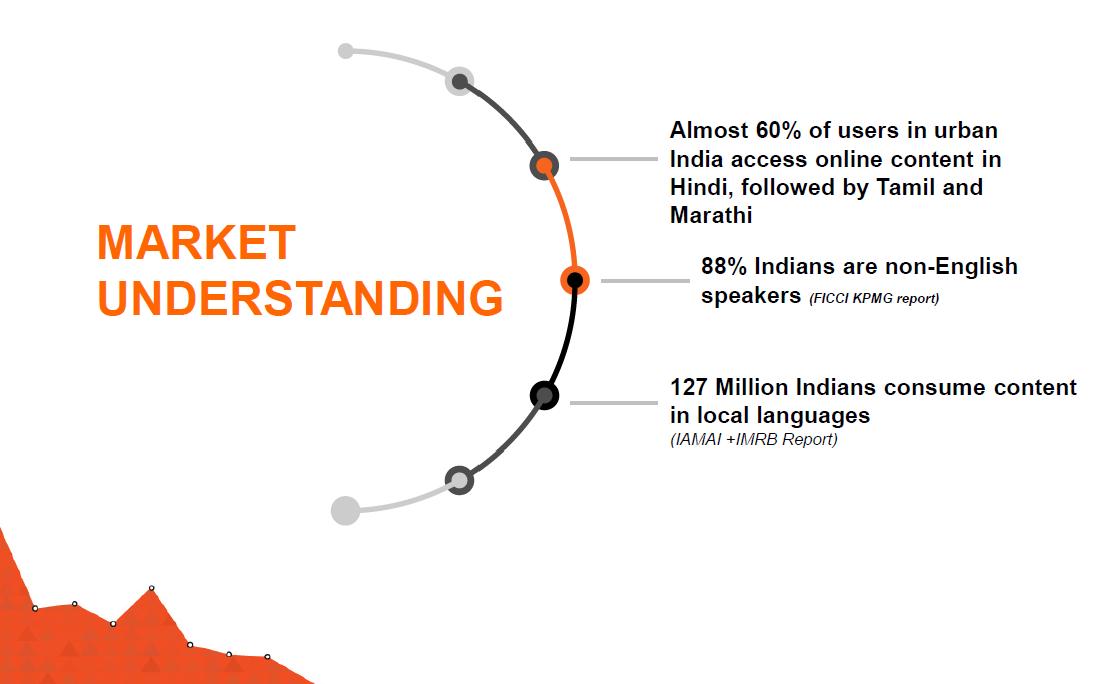 If these statics don’t make you re-think how you should be utilizing local languages in your website, app or portal, then nothing would. For a majority part, customers and consumers in India relay on local languages. 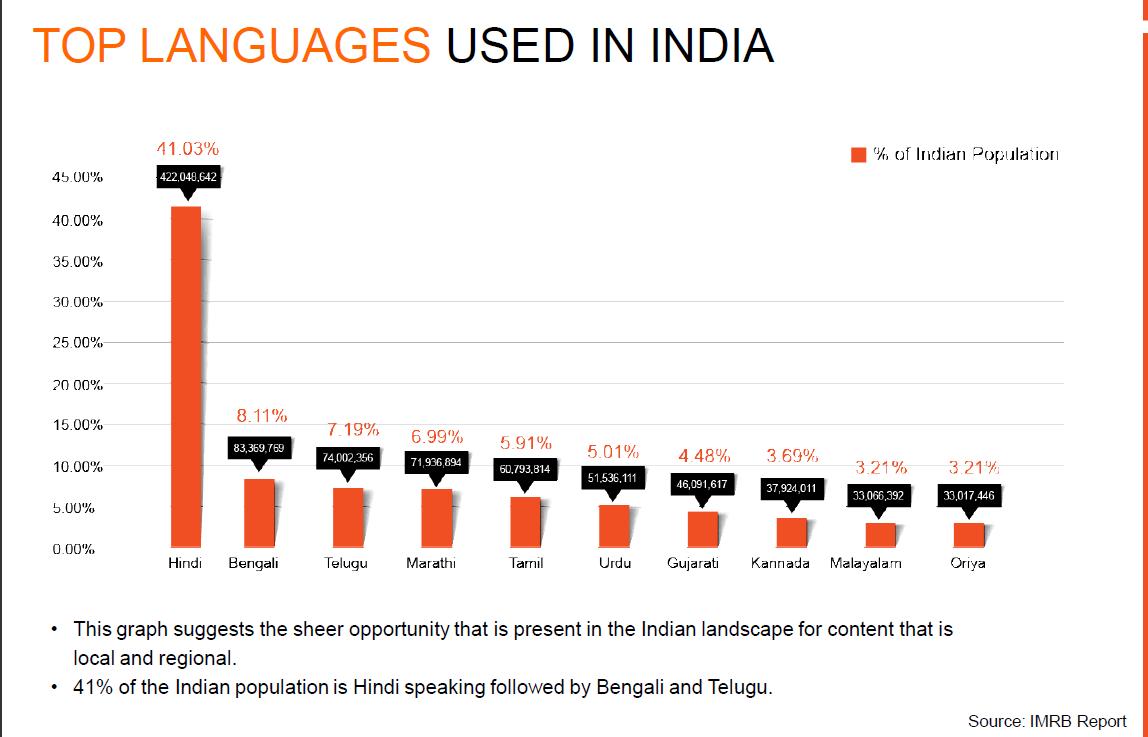 The internet in its totality runs on English. This makes sense on the surface of it – language’s primary purpose is to communicate with others, and if your language is restricted to a smaller audience then the purpose of communications is ruined. So while English is a universal language and efforts should, in theory, be made by everyone to adopt it for the sake of simplicity, people have a lot of religious, cultural, national and self-pride associated with their language and this switch takes time.

As expected, Hindi remains the most popular regional language, followed by Bengali, Telugu, Marathi and finally Urdu. F41% of the Indian population using Hindi is a very large statistic that’s difficult to ignore for entrepreneurs and start-ups alike. 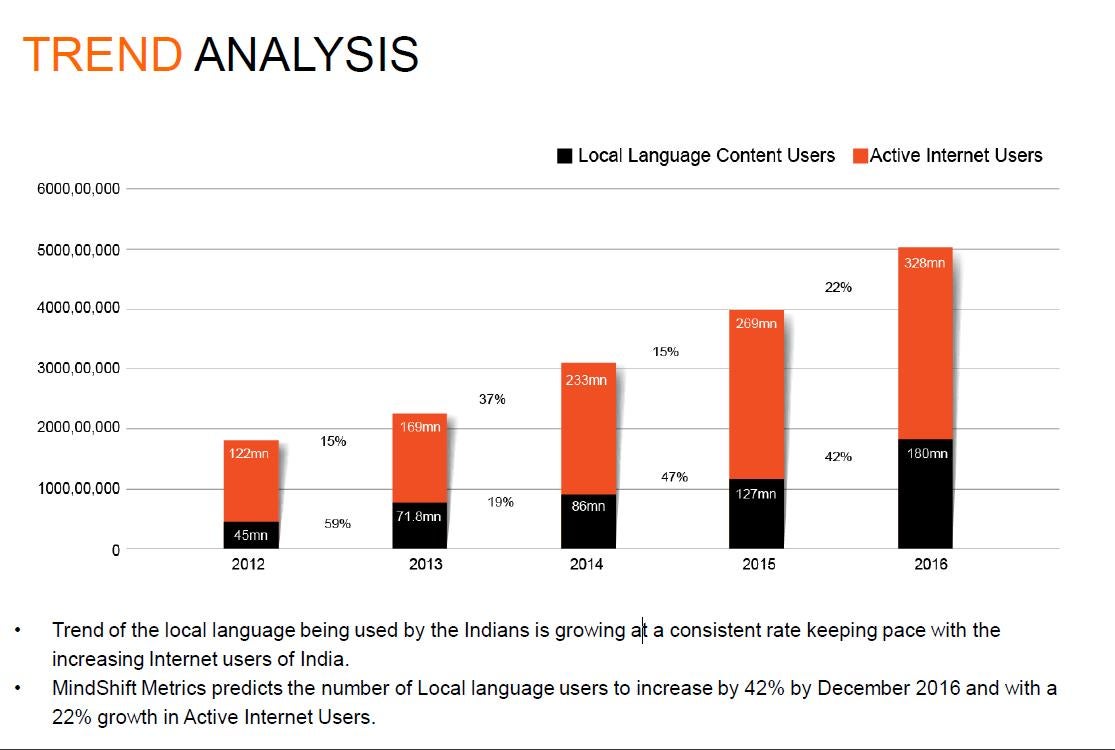 Trend of the local language being used by the Indians is growing at a consistent rate keeping pace with the increasing Internet users of India. This is important for those establishing their start-ups right now or in the near future to consider.

According to MindShift Metrics, the number of local language users can increase by 42% by December 2016 and possible have a 22% growth in active Internet users.

How do these statics support your understanding of the Indian marketplace? Let us know in the comments on our official Facebook page Entrepreneur India