Eric Beach, 38, is co-chairman of Great America PAC, the California-based committee that has fast become one of the most dominant players in a crowded and competitive field of political action committees supporting Donald Trump. Recently, Entrepreneur had a long-reaching phone interview with Beach about his PAC, which has raised $3 million since forming in January, and has a plan to reach $20 million by the National Republican Convention and $120 million by the general election. What follows are excerpts from that conversation.

"Most people look at super PACs like it is people trying to buy elections. I don't look at it like that. It is people doing their patriotic duty to support candidates who they believe will be best for our nation. I could be worth $10 billion, but under the campaign finance rules, I can only give Donald Trump $5,400. So if I have the means to give him $5 million, then why shouldn't I be allowed to exercise my freedom of speech? That's what super PACs give you the opportunity to do."

The importance of PACs for Republicans

"Republicans don't have the unions, and the unions get to take dues from their employees without even asking and spend their money on politics. About 85 percent of that support goes toward Democrats. For Republicans, the only way for outside money to come in is really through people who have built businesses, like people who read Entrepreneur, people who know that the tax rate is too high and have to actually balance a checkbook. They can be billionaires, and can also be small-business owners. People of all means who say, 'I am going to spend whatever I can afford to do my patriotic duty because I care about my country.'"

Great America vs. other PAC's

"I keep seeing these retread of consultants and donors who run the same old ads or use the same tactics. They don't understand what is going on with Trump on the GOP side and even Sanders on the Dem side. This is a movement. These recycled consultants and media continue to suggest we need to just pick the lesser of two evils between Trump and Hillary. That's not us. We will focus on Donald Trump's ability to help grow this party and truly make it a big tent party. We missed an opportunity in the last several years to grow the party because our elected officials didn't govern as they campaigned. Yes, people are angry. Yes, people feel underrepresented. And yes, Donald Trump represents the little guy who wants to 'Make America Great Again.' Pun intended." 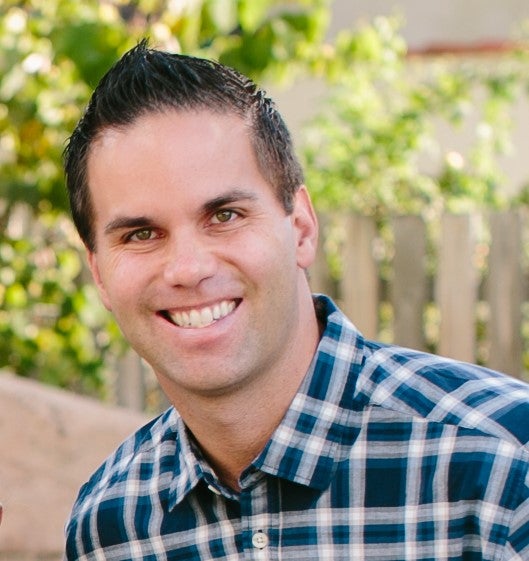 The rules between PACs and candidates

"I've been doing super PACs for about 15 years, the rules are very complex, but one rule that is very simple across the board is that my staff and Donald Trump's staff can not coordinate on strategy. I hired Ed Rollins, who ran Ronald Reagan's reelection campaign in 1984 when he won 49 out of 50 states. He's my lead strategist. He's the best in the business. Any strategy that we would carry out would be much like a campaign strategy, we just can't coordinate with the Trump campaign. Our strategy is second to none and turning blue and purple states into red states is the name of the game."

The path to Leading PACs

"I'm from the state of Maryland and I played football at Towson State University and was student government president for two years. I got my masters at GW in political management. My dad was a D.C. firefighter. I just always had an interest and a knack for politics. When I came out to L.A., I was working at UCLA football camp and I got a call from then-mayor Dick Riordan. He was running for governor of California. And so instead of trying to be a college football coach, I went on and became an operations guy for Dick, then worked for Bill Simon and the Arnold Schwarzenegger recall election in 2003, which essentially changed my life. Since then I've worked with Rudy Giuliani, Newt Gingrich, Rand Paul and in that time I've come across donors both big and small."

"People love success. In business, investors want to put their time and resources in a winner, and it is no different with a president. I don't have to like everything Donald Trump says, but I can tell you that I respect his opinions. And at the end of the day, he is going to help do the things that other elected officials aren't courageous enough to do, and it is going to help improve the lives of Americans. And I think he is going to dominate Hillary Clinton because of that fact."

"I have spent time with him prior to me doing the super PAC. I've met him before with Rudy Giuliani and then recently in December in Las Vegas. I think he is a man of tremendous character. I think there is something to be said about someone who doesn't drink, doesn't smoke and is devoted to his family. I think those are traits that should be emulated by a lot of husbands and fathers out there."

"I really enjoyed Arnold Schwarzenegger's candidacy and he did some great things in California. I think if the rules allowed for him to be president and if he was out there with his celebrity, it'd be as entertaining as hell. I'd probably be torn between Arnold and Donald, but I tell you one thing: I'd have my popcorn ready."