Stay informed and join our daily newsletter now!
Will be used in accordance with our Privacy Policy
David Murphy
August 1, 2016 3 min read
This story originally appeared on PCMag


Noise-cancelling headphones can be great, especially if you don't want to deal with the noise of an airplane, a busy New York street, or a loud coffee shop. However, the main problem with noise-cancelling headphones is that they aren't very smart. They block out all noise regardless of what it actually is. And that can be an issue if there are some things you need to hear among the cacophony: a siren approaching in the distance, someone tapping you on the shoulder to tell you about something important or your order.

Flicking the noise-cancelling feature of your headphones on and off is way to handle this problem, but it's a bit cumbersome and it doesn't really help you for unexpected sounds you might want to hear. There's a better solution -- or, at least, there could be. According to a report from CNET, Amazon was recently granted a patent for noise-cancelling headphones that can intelligently separate noise you don't want to hear from sounds you do want to hear. It does so by automatically disabling the noise-cancelling aspect whenever it detects certain frequencies, sound patterns or even special keywords. 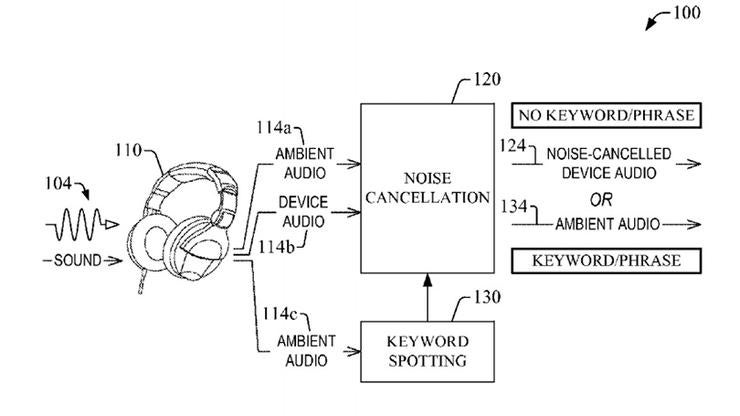 10 of the Most Surprising Top-Reviewed Products on Amazon