By Sandeep Soni October 2, 2016
Opinions expressed by Entrepreneur contributors are their own.
You're reading Entrepreneur India, an international franchise of Entrepreneur Media.

The Fastest Humans on Planet

Why Kenya has been the holy grail for producing world’s fastest runners has always been a topic of great study but there’s never been a definite answer to it. In recently concluded Rio Olympics, Kenya- the one-sport nation won 12 medals in Athletics. That’s because of a mix of factors including Kenyans constant pursuit to break out of life of poverty and unemployment with farming as the only option to survive on. In fact there are stories of how kids run barefoot to their schools and other places that makes them natural runners. Also, with almost no infrastructure to train, Kenyans only have their incredibleamount of  focus, passion, and intensity to bank on to become running legends. Its government is now focusing on promoting sports tourism to uplift its economy. Moreover, an American entrepreneur – Weldon Kennedy’s start-up Enda has made Enda Iten – the first Kenyan running shoe to tap on immense opportunity given its large pool of athletic talent.

Located in the far north of the northern hemisphere, Finland, where temperature plummets to even minus 30 and where Winter is the longest season in most part of the country, became the basis why Nokia (based in Finland) engineered its mobile phones to be extremely sturdy and durable to withstand any weather conditions. In fact its legendary 3310 modellaunched in 2000 was considered to be the
world’s most indestructible phone along with the likes of 3720, 6250, Lumia 920, etc., launched later  touted to be the most rugged phones and all weather proof.

For many entrepreneurship means a disruptive business plan, at least a few paid customers, future growth in excel sheets etc., which thrives in the developed world. But surprisingly they aren’t the most entrepreneurial. However for few, those who start small businesses to provide for their families  and themselves are entrepreneurial too, and this should be the true measure of entrepreneurship. The nation that vindicates this thought is shockingly the landlocked nation of East Africa– Uganda. As per  UK’s apex B2B business directory and lead generation company Approved Index, Uganda ranked first withan entrepreneurship rate of 28.1 percent of adult population, starting business out of necessity because of unemployment as the biggest factor. US however stood at 41 while India was
ranked 15th in terms of least entrepreneurial nations.

When it comes to mobile payments, that is the new retail payments frontier, instead of the US or UK,
the world surprisinglyhas Kenya as its leader. While the bigger reason behind this has been its collapsing infrastructure in thelast decade, there has also been a significant risk of theft and loot as carrying money while traveling has never been safe. Hence, Safaricom – Kenya’s telecom company in 2007 introduced its mobile payment service called M-Pesa which transformed the country’s dynamics of paying for goods  and services, and transferring money, thus bringing financial servicesonto the mobile of large unbanked population.

“Kenya skipped an entire generation of landline phones. The country started only withmobile phones.  Because of terrains and sparsely populated areas which could be connected wirelessly only led to  proliferation of mobile. Also there was riskto carry cash hence mobile payments became the default   wayof transactions,” says NishithRastogi, Co-founder and CEO, Locus.

China – the world’s most polluted country because of industrial coal burning and vehicles’ emissions. The impact has been so severe recently that its cities like Beijing had to shut down its offices, schools, etc. The severity of the problem has given way to probably the wackiest business idea in recent history that is, selling fresh canned air. Start-ups like Canada-based Vitality air, Australia-based Green and Clean Air, and UK-based Aethaer harvest air from highland and countryside regions that is compressed in a can.  The cost however can be a constraint for e.g. Vitality Aircosts around Rs 1500 per bottle. 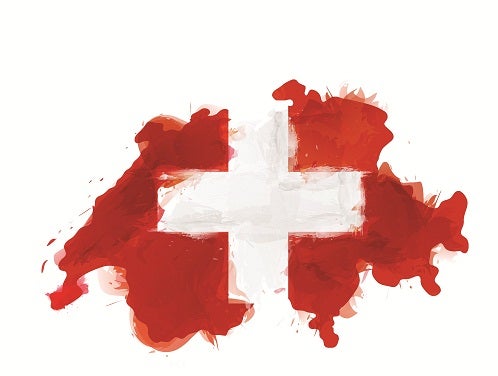 Amongst the most beautiful nations in the world, Switzerland is also the most innovative one. And that’s the title it is holding onto since last six years as per the annual Global Innovation Index study by World Intellectual Property Organization. The country famous for ‘Swiss Alps’ has always lacked raw materials which according to the country’s global financial services company Credit Suisse Group forced Switzerland to look for innovative ways to develop sources of income. It says that its highly skilled and rich refugees that were actually French immigrants between 16th and 18th century formed the basis for Switzerland’s rich innovative culture.

The Oldest Humans on Planet

The land of the rising sun, Japan has for years been the nationwith the longest life expectancy. As per World Economic Forum’s last year released Global Competitiveness Index, Japan stood second at 83.1 years after city state Hong Kong at 83.5 years of life expectancy. As per a study this year by UK-based medical journal, BMJ, “Balanced consumption of energy, grains, vegetables, fruits, meat, fish, eggs, soy products, dairy products, and alcoholic beverages can contribute to longevity by decreasing the risk of death, predominantly from cardiovascular disease, in the Japanese population.” This has led life insurance market in Japan to come up with insurance products for elderly even as consumer  technology and healthcare firms expandtheir portfolio of healthcare devices like hairing  implants,wheelchairs, and homecare services.

Looking for New Status QuoAmericans are

known to be lifelong learners investing time and money in learning new things that helpsthem perform  better in their personal and professional tasks. This includes reading a lot, meeting and networking with people,or taking up courses or training programs. In fact Americans follow up for information on a particular subject they come across that they are unaware about. This is among the central
thoughts behind country’s dense entrepreneurial culture and population that has made it the hub for innovative technology start-ups.

Making the Move from Medicine to Entrepreneurship