With No Partner in Sight, Twitter Faces Tough Choices

Technology and media companies including Salesforce, Disney and Google looked at the company but ultimately passed on buying it.
Next Article Add to Queue

Get a glimpse of how to use Facebook’s marketing resources to your business’s advantage.
Reuters
October 21, 2016 4 min read
This story originally appeared on Reuters


The apparent lack of interest in Twitter Inc. by potential suitors may force the social media company to consider a route anathema to aspiring tech startups: a major restructuring and cutting some its nearly 4,000 employees.

The popular but money-losing micro-blogging service spent aggressively on product development and marketing in recent years, betting that it could afford to post losses as long as it attracted new users.

But that growth stalled this year after it exceeded 300 million active monthly users, less than a fifth of Facebook Inc.'s users and below Facebook's Instagram.

Earlier this month, Twitter hired bankers to explore selling itself. Technology and media companies including Salesforce.com Inc., Walt Disney Co. and Alphabet Inc.'s Google looked at the company but ultimately passed on buying it.

The aborted sales process -- and the company's strategy as an independent company -- will be back in the spotlight when Twitter reports earnings on Oct. 27. The company declined to comment.

"It’s going to take some bold moves here," said David Hsu, a management professor at the University of Pennsylvania's Wharton School, suggesting job cuts may be an option. "It takes a very lean staff to maintain the core Twitter as an advertising and messaging platform," Hsu said.

According to SunTrust analyst Robert Peck, Twitter could cut 10 percent of its workforce and save about $100 million a year.

Major layoffs, though, could hurt the company's image in San Francisco, where the competition for engineering talent is fierce. 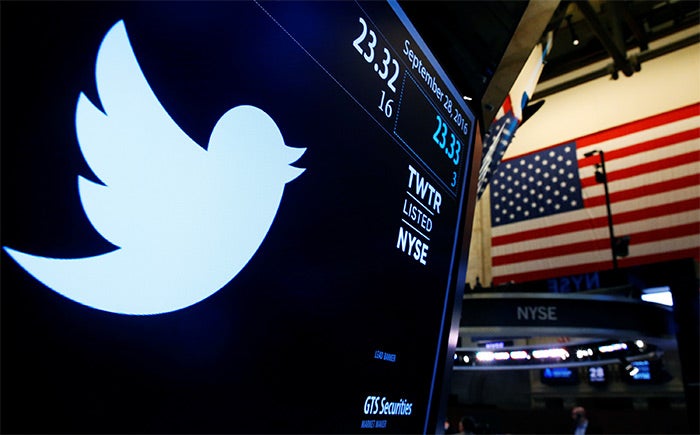 The company may look first at cutting sales and marketing, an area in which it is spends more than twice as much as its rivals to earn each dollar of revenue.

"Twitter's cost structure was originally built to grow into a much larger user base," said Peck. "But with user growth stagnating, the company likely needs to reduce excess costs."

In the first six months of this year, Twitter's sales and marketing spending totaled $473 million, or about 40 percent of its revenue. By comparison, spending in that area accounted for 19 percent of revenue at Yahoo, 15 percent at Facebook and 12 percent at Google-parent Alphabet, according to a Reuters analysis of quarterly financial reports.

Twitter also spends more, proportionately, than its peers on research and development. First-half spending on R&D accounted for $334 million, or 28 percent of revenue, compared to 24 percent at Facebook, 23 percent at Yahoo and 16 percent at Alphabet, according to a Reuters analysis.

Private equity firms that examined a buyout of Twitter last year were turned off by the amount of equity-based compensation that would have to be paid out to employees in a deal, according to sources at the time.

Activist in the wings?

If Twitter does not slash its costs, activist investors -- who have aggressively pushed U.S. companies in recent years for better cash management, leadership changes and new strategies -- may see Twitter as an appealing target.

"Carl Icahn -- Twitter needs you," Bronte Capital's John Hempton, an investor known for short-selling, or betting against stocks, wrote in a blog post earlier this month, referring to the well-known activist investor. Twitter "should be fixed with extreme prejudice by a disinterested outsider before it is sold again to a strategic buyer," he added.

Companies often resist activist campaigns, and sometimes a proxy fight takes place, where the investor tries to replace board members with its own nominees.

On rare occasions, companies invite friendly activists to get involved before they become hostile. Last month, hard-drive maker Seagate Technology Plc. invited ValueAct Capital in as an investor, selling a roughly 4 percent stake to the activist hedge fund. ValueAct received an observer board seat as part of the deal, but no voting power.

Twitter could also explore ways to bring in an outside strategic investor to assist in a turnaround. But finding the right company to invest in Twitter without it looking like a desperate move could be tricky, private equity executives said.

Whatever Twitter does, it needs to act fast. Former high-fliers Zynga Inc and Groupon Inc, which now trade at a fraction of their initial public offering prices, stand as startling evidence of how quickly an internet star can fade.

(Reporting by Liana B. Baker in San Francisco and Jim Finkle in Boston; Additional reporting by Greg Roumeliotis in New York; Editing by Eric Effron and Bill Rigby)

BTS, AMLO, Bad Bunny and López-Gatell Among the Most Popular Tweeters in Mexico This Year