Check Out This Self-Driving Minivan Made for Millennials

Millennials are growing up, regardless of whether they want to admit it.

By Angela Moscaritolo January 4, 2017
This story originally appeared on PCMag

Yes, you just read that correctly. The car maker reasons that millennials are growing up, or they will soon, regardless of whether they want to admit it. And at that point they'll want a tricked-out minivan, because babies.

Chrysler's Portal concept is customizable and was designed to grow with you. If you buy it as a single person, you can opt to have just one seat inside, for instance. If babies come along, you can order up to five more seats, which offer "hammock-like comfort" and "amazing legroom," as Engineer Ashley Edgar, one of four millennials the company sent on stage to show off the vehicle, explained. 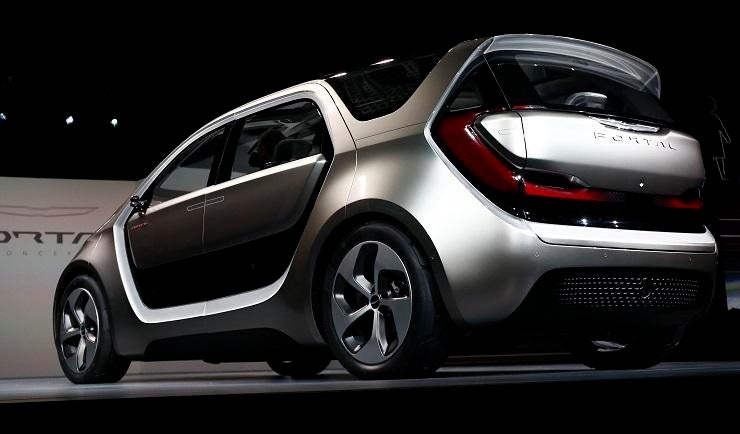 Inside, Portal is supposed to look like a really cool studio workspace with lots of natural light pouring in. There are several windows and every passenger has their own sunroof.

Chrysler wants people to see the car as a "third space" after your home and work, Edgar said. On the inside, the "steering wheel" isn't a wheel at all. The control is supposed to look like something out of a racecar or luxury jet. And when the car is in self-driving mode, this control tucks away flush with the instrument panel, so it's completely hidden.

If you're always misplacing your keys, no worries: Chrysler has a solution. The Portal uses biometric technology to recognize you as you walk up. It'll greet you and open the door, then automatically adjust to your preferences, playing your favorite music and setting itself to your preferred temperature, for instance, based on your personal cloud-based profile. 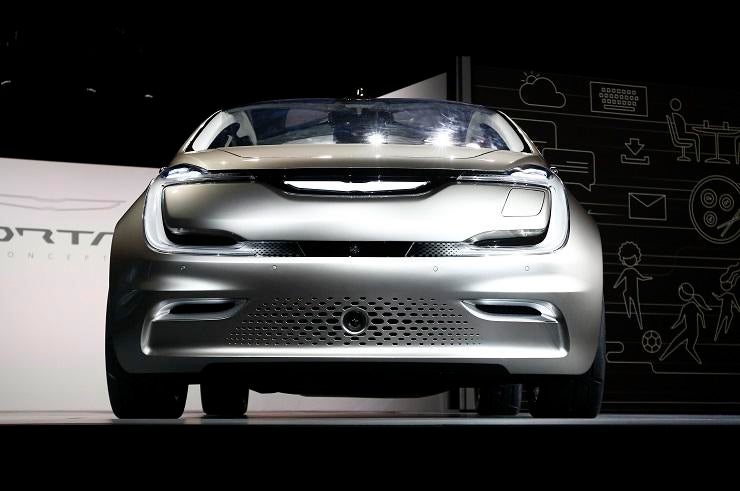 Eight docking stations are placed throughout the vehicle, so everyone can charge up their gadgets. The car is also "device agnostic," so it will grow with you and adjust to your needs over time, said User Experience Designer Emilio Feliciano. So, new parents can plug a baby monitor in the back and access the video up front, he said. When the kid gets a little older, you can plug in a Baby Einstein tablet, and over time the little one may graduate to an Xbox or PlayStation. The car will support all these gadgets.

In terms of aesthetics, the vehicle was designed around the doors, which open away from each other, towards the front and back of the vehicle, forming a 5-foot-wide portal for which the car was named. Around the doors is a border of light, which can be customized to a number of different jewel tones, similar to what Uber is doing with its color-pairing beacons. When the car is in autonomous driving mode, the border around the doors will default to a standard color so other people on the road know what's up.

As for range, Edgar said the vehicle was designed for road trips. It sports a 100kW battery pack, which offers more than 250 miles of range and it charges 150 miles in just 15 minutes.

Edgar said the team wanted to design something that millennials see as an "object of desire." The company may have just achieved that. Minivans aren't known as being particularly sexy, but this isn't your average minivan.