The NeuV's artificial intelligence can also detect the emotions behind your driving choices.
Next Article

The NeuV, or New Electric Urban Vehicle, is a 2-seater that looks kind of like a Mini with doors that shift up 90 degrees. Given that private vehicles today sit idle 96 percent of the time, Honda thinks the NeuV could "function autonomously as a ridesharing vehicle" and earn you some extra cash, said Yoshiyuki Matsumoto, President of Global Research and Development. The concept car could also sell energy back to the electrical grid during times of high demand when it's not in use.

The NeuV also has a bunch of cool artificial intelligence features: it can detect the emotions behind your driving choices, then make new recommendations based on your past decisions. It can also check on how you're feeling; if it senses that you're blue it may suggest upbeat music. 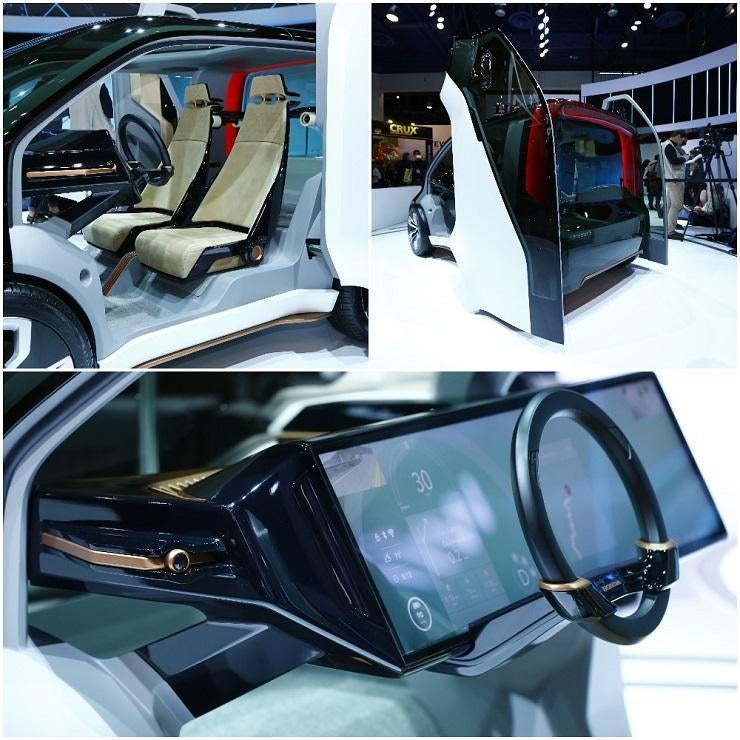 "Our goal is to create something new that advances mobility and makes people's lives better," Frank Paluch, president of Honda R&D Americas, said on stage here.

The auto maker also showed off a self-balancing motorcycle. Matsumoto said the company created the motorcycle to "give people joy of riding, while greatly reducing the possibility of falling over" while it's at rest. 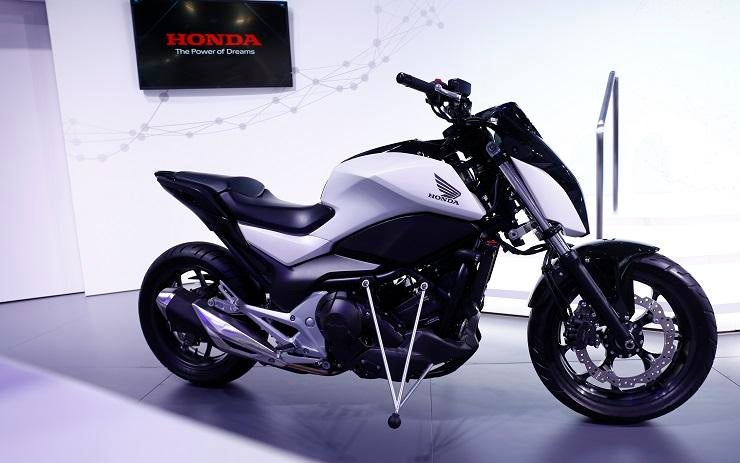 This idea isn't unheard of, but Honda has a different approach. Self-balancing motorcycles from other companies stay upright with the help of gyroscopes, which Honda said can add a lot of weight to the vehicle and change the riding experience. Honda's Riding Assist motorcycle, on the other hand, leverages robotics technology the company originally developed for its UNI-CUB electric scooter to avoid falling over.