With CEO Elon Musk In Attendance, Tesla Officially Launches In The UAE

By tbreak February 14, 2017
Opinions expressed by Entrepreneur contributors are their own.
You're reading Entrepreneur Middle East, an international franchise of Entrepreneur Media.

It's been on the grapevine for a few months now, but now, it's finally official- Tesla is launching in the UAE.

At the World Government Summit 2017 in Dubai on Monday, Tesla CEO Elon Musk unveiled the company's plans for the UAE, along with firm assurance that the UAE government is set on backing the adoption of electric vehicles in the country. Tesla's Middle East website is now live, where customers can log on and customize their car, with an expected delivery of mid-summer this year.

The company is also planning to open Superchargers in Bahrain, Oman, Qatar, and Saudi Arabia, and will launch an Abu Dhabi store and service center in 2018. The Dubai service center will open in July this year, with a retail space opening up in Dubai Mall as well. 26 Destination chargers already exist across Dubai, including hotels and several shopping destinations. 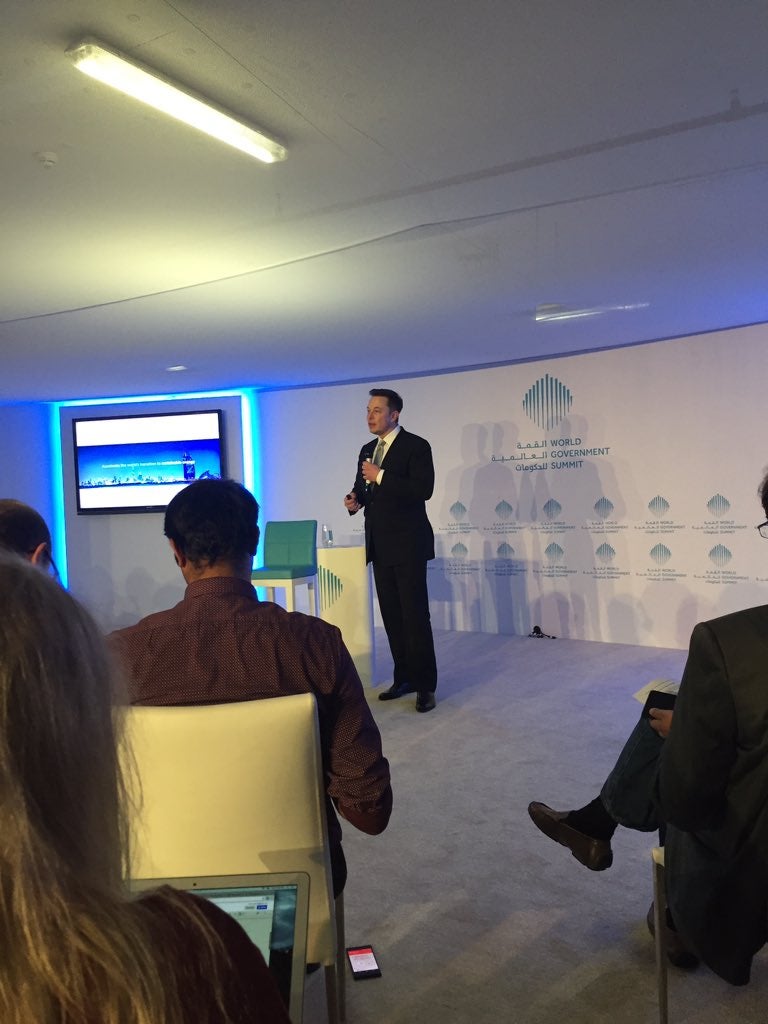 When asked about the challenges this market presents to the company, Musk was frank about consumer adoption, stating that it was more about education people and letting them go for a test drive in an electric car. He also commented that the vehicles have been tested in extreme conditions, so as to withstand high temperatures commonly faced in the region during summer. Musk did comment that due to higher temperatures, there would be a 10-15% reduction in the range delivered on a full charge, simply because more energy will be going into powering the car's air conditioning during hotter months.

Musk also reflected on the fact that petrol is more affordable in the region than in other parts of the world, citing an electric car's low cost of servicing being one of the key driving factors to adopt an electric car. He commented that the company is going to "invest tens of millions of dollars in charging and service infrastructure" into the region, however the company is initially focusing on its operations in the UAE.

While all Tesla vehicles come with Autopilot and driving assistance features, there's no word on whether or not these features will be available in the UAE on launch, given the constantly changing road structure of the UAE.