This Data Dissects Choices of Indians Who Are Anything But Apolitical

India is in election mode with polls kicking off in five states this month - Punjab, Goa followed by Uttar Pradesh, Uttarakhand and Manipur. The BJP and the Congress will be facing a direct battle in Uttarakhand and Manipur. Whereas Goa and Punjab will have a triangular fight between NDA, Congress and AAP, and Uttar Pradesh will have a four-way fight.

Surely, demonetisation will dominate the key issues in the state polls as the upcoming election results will reveal their responses towards PM Modi’s drive against black money. The internet has played a bigger role in impacting the decision - making of the people, with social media, being the biggest influence in the Indian politics. Social media is no doubt one of the most effective mediums for raising awareness of political issues, asking people to vote and promoting political campaigns.

Despite all political differences amongst several parties, the candidates share one similar attribute during their election campaigns: the highly optimized promotions on the social media. The state election isn't the first occasion for which the social media has been used heavily as a political tool, but today it carries a major influence over the results. Have you made your choice for your favorite yet? According to a Facebook data, most people who have liked AAP(Punjab) on Facebook are fans of cricketer Harbhajan Singh, while “likers” of Bhartiya Janta Party and Samajwadi Party like the hit TV Show – Comedy Nights with Kapil. 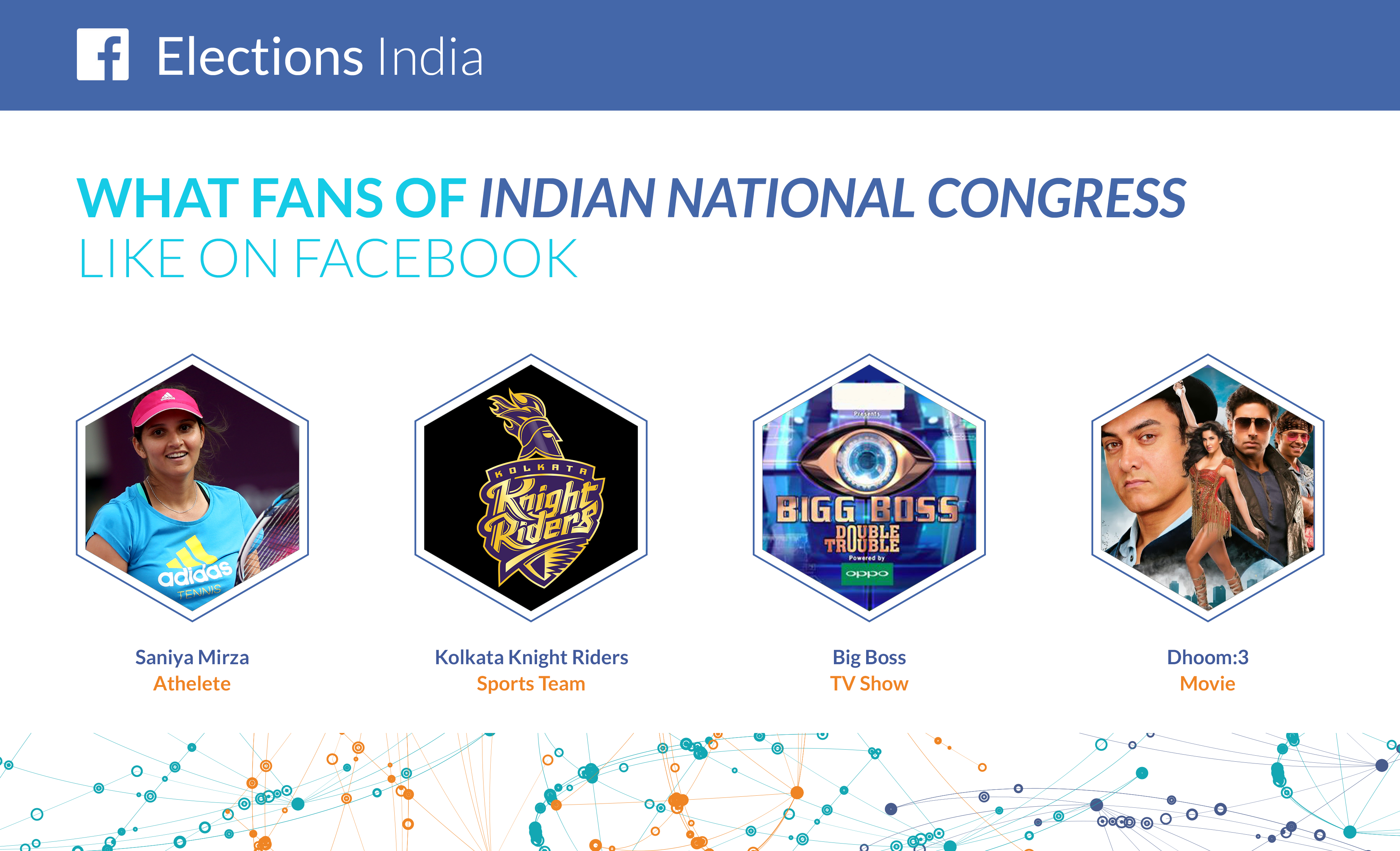 The recent data from Facebook reveals pop culture preferences and compares and contrasts the movies, TV shows, sports teams and athletes "liked" by the many people in India who have also "liked" political parties on Facebook. 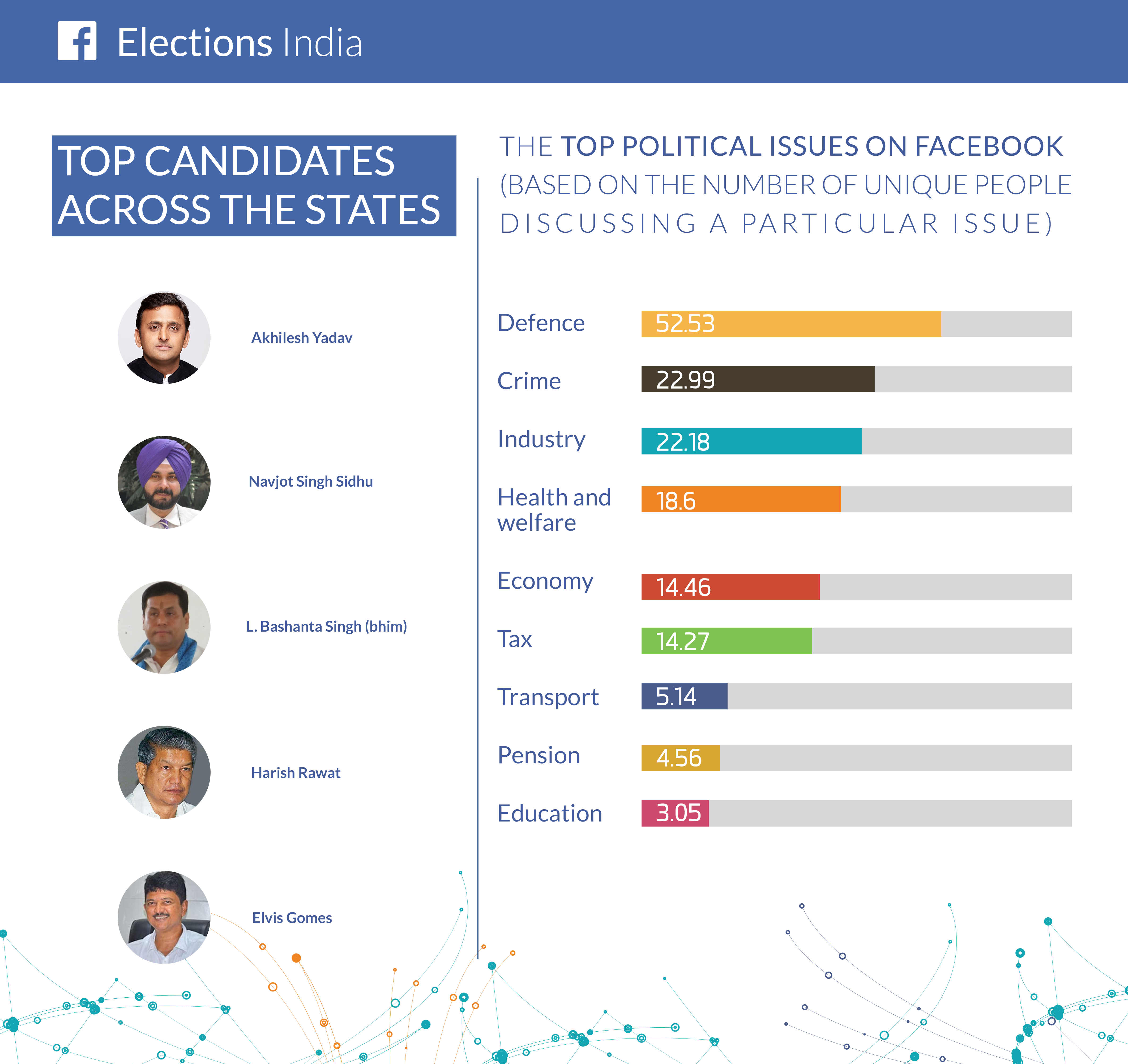 Politically, the most discussed issue on Facebook is defence followed by crime, industry, health and welfare, economy, tax, transport, pension and education. Talking about the list of top candidates on social media, Akhilesh Yadav , the President of Samajwadi Party won this battle hands down in Uttar Pradesh. In other four states like Punjab, Manipur, Uttarakhand and Goa,  Navjot Singh Sidhu, L. Bashanta Singh, Harish Yadav and Elvis Gomes were the top candidates. The data also discloses if these major candiates of each party have sent out a clear message across various platforms.