At Florence's historic cathedral of Santa Maria del Fiore, the authorities have come up with a distinctive way to tackle the rampant problem of vandalism and defacing of heritage structures with graffiti. The Opera di Santa Maria del Fiore, the organization in-charge of preserving Florence's monuments, is inviting tourists to leave a lasting mark on the cathedral (yes, you read that right), but on a digital surface. “To leave a mark on monuments is an anti social and childish behavior, while the will of leaving a mark, a keepsake, is just part of the human nature,” reads the Autography's website- the app powering the tablets installed within the Campanile di Giotto and Brunelleschi’s Dome.

According to Italian news organization The Local, the signs next to the tablets read: "If you - virtually - leave us a message, we will preserve it: just like a masterpiece." True to its word, the devices allows visitors to leave a digital message at one of two points - one on the way up to the top of the cathedral, and another on the way back down. Offering an option to users to customize the background and writing tools (paintbrush, spray pen etc.), visitors can now register their presence with messages that are stored online, and will also be printed annually to be kept in the monument’s archives. Not surprisingly, messages “that contain insults, unauthorized material or judged inappropriate,” will not be allowed, says the Autography website. 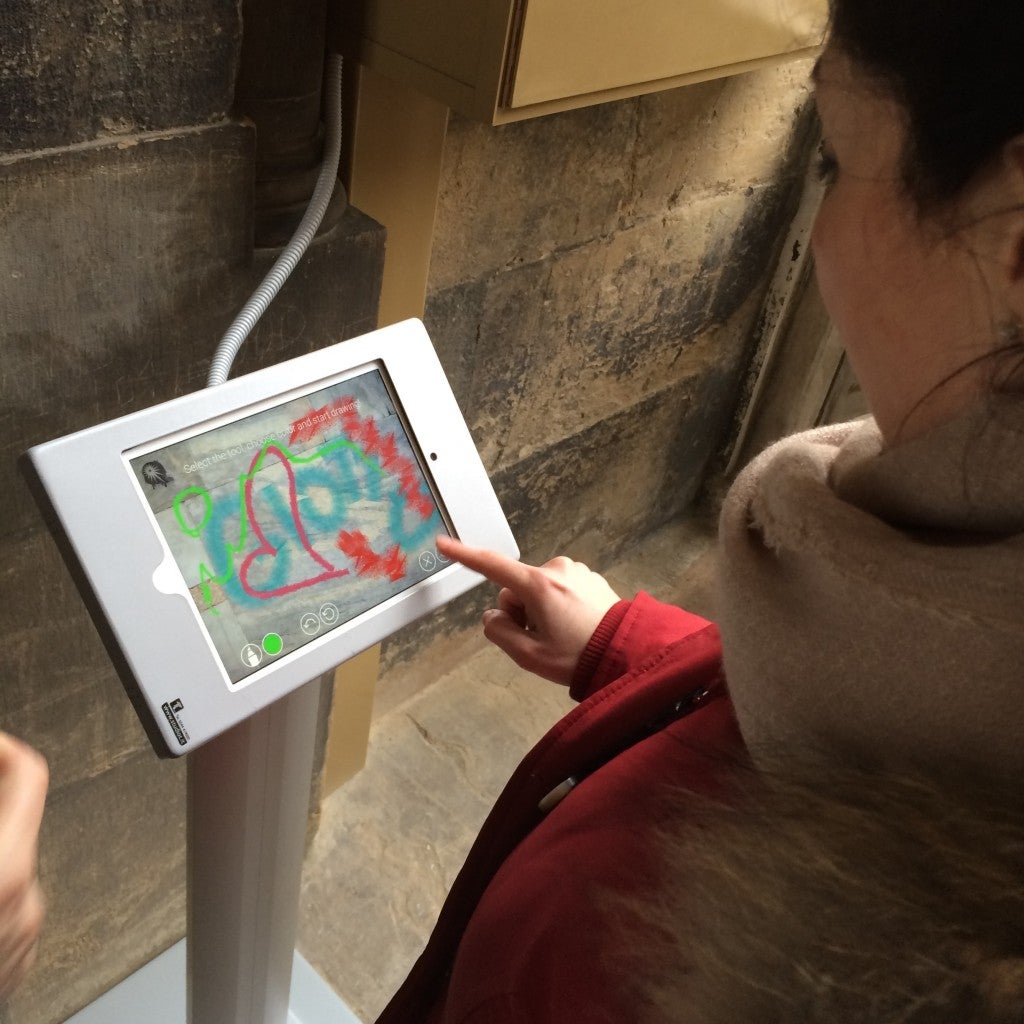 The Autography powered tablet at Florence Cathedral.Image credit: Opera Di Santa Maria Del Fiore.
Interestingly, The Local also reports that having launched almost a year earlier, this digital campaign has “proven successful at the bell tower,” with over 18,000 digital messages been left already, and the authorities reporting “a noticeable decline” in graffiti left on the walls of the heritage structure. As quoted in the report, a statement by the Opera reads, "The idea was to raise awareness among visitors about vandalism, but also give them the chance to leave behind a record, an everlasting sign of their passing through, without damaging the monument."

From symbols to doodles, graffiti left behind by visitors has been a key problem for conservators world over, who are working to restore historic monuments. Emerging as an idea by Alice Filipponi, the marketing manager of Opera di Santa Maria del Fiore, the Autography digital tool is a step towards change, creating a win-win situation with a mission “to preserve visitors’ testimonies while avoiding any damage to the monuments and the artworks.” Given the impact observed at Florence, it shouldn’t be long before we start seeing this technology at other historic sites. So the next time, you are at Florence, you may not have to think twice about scrawling, “I was here,” but make sure you just do it on a digital surface.