SXSW 2017: What You've Missed, From Fun Stunts to Disappointments

Make sure you're in the know.

Couldn’t make it to SXSW this year? We’ve got the highlights.

Despite reminders from SXSW (and yours truly), some folks didn’t get the message that Uber and Lyft left the Austin market months ago. These folks either didn’t know or didn’t remember that these companies opted out of the city after a vote last May preventing them from operating with only their own background check systems in place. The discovery, to some, was an unwelcome surprise.

What a disaster for #sxsw ... like going back to stone ages. Rent a car! Find parking! More traffic! Ugh. #austin https://t.co/0FLZABD0SA

And some had no patience for their lack of preparation.

Of course, others pointed out that the city had existed just fine without ridesharing for centuries, but no matter.

Austin TX was settled in 1835, nearly two centuries before Uber and Lyft made human habitation possible. How? Doesn't add up

Saturday is a busy day for the festival, but that day’s nearly constant rain heightened folks’ sense of crisis. Unfortunately, what could have been a boon for RideAustin and Fasten, the two local ridesharing companies, was anything but, since, as Recode reported, both struggled with outages. The situation drove home how Uber and Lyft have helped set expectations for ride access and experience -- as well as how enhanced visibility at a festival such as SXSW isn’t always a good thing for emerging brands. 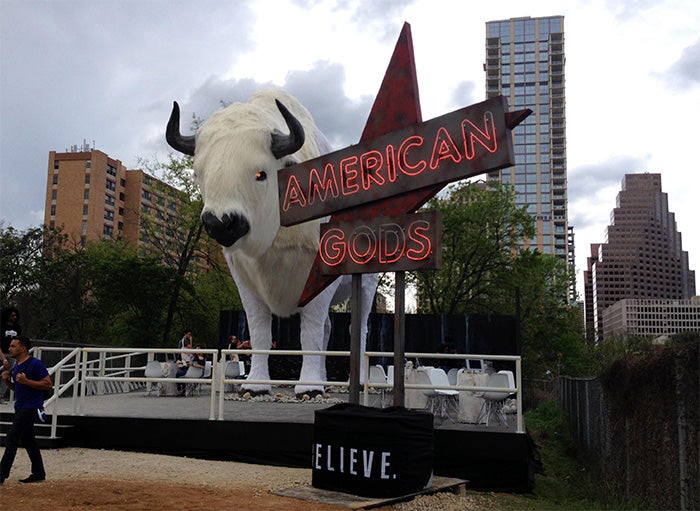 SXSW always hosts a number of silly, clever and downright amazing booths and exhibits every year. This year’s class included a magical white bison and a nap room with a xylophone. We collected these moments and more in a photo gallery -- you won’t want to miss it.

Related: Our Favorite Photos from SXSW (So Far)

Amazon created an immersive experience to promote a number of its original shows, including The Man in High Castle. To that end, it designed a bar designed to evoke an underground radio station, launched an actual radio station to complement the show’s content and pushed the hashtag #resistanceradio. Those not at SXSW misunderstood, thinking the hashtag was a response to the current political climate, not a fictional one existing in an alternate universe grappling with the Third Reich.

#ResistanceRadio ? Good luck outpacing @rushlimbaugh @marklevinshow @seanhannity @toddschnitt @theblaze and others. The airwaves are ours.

Tumblr founder David Karp announced support for Planned Parenthood in a new campaign, #TechStandsWithPP. Karp said in a statement after a session with the group: “Technology has become instrumental in the fight for fairness and equality across a range of issues. It has the power to influence public debate, mobilize communities, and -- most importantly -- offer creative solutions to help people receive better care, no matter where they live or who they are. Finally, the tech industry owes its success to the brilliant people it employs and the communities it serves -- and we cannot take their health for granted.” 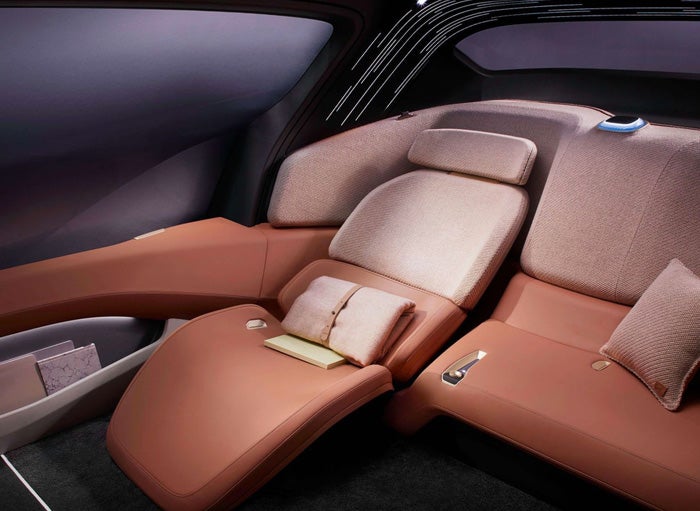 Chinese automaker Nio debuted the Eve, a self-driving concept car that seats six and an interior that looks more like a living room. It features a variety of seat shapes to better allow working and reclining and an AI personalized to the driver’s habits and activities. This concept was announced along with a commitment by the company to make autonomous vehicles available by 2020.

SXSW 2017: The CEO of This Futuristic Automaker Makes Time for Art -- Maybe You Should, Too

Smart Money Podcast: How Nerds Choose the Best, and Paying for College

5 Innovative Global Initiatives to Invest In