Repel Into an Active Volcano Via Google Street View

Thanks to Google, anyone with a computer can explore the remote country of Vanuatu's jungles, black sand beaches and even peer inside an active volcano.

By Angela Moscaritolo March 16, 2017
This story originally appeared on PCMag

Unless you're a world traveler, there's a good chance you'll never make it to Vanuatu, an archipelago of 80 tiny islands located more than a thousand miles off the coast of Australia. But now, thanks to Google, anyone with a computer can explore the remote country's jungles, black sand beaches and even peer inside an active volcano.

"Starting today in Google Maps, we invite you to join us on a journey to the edge of one of the largest boiling lava lakes in the world on the Vanuatuan island of Ambrym," the web giant wrote in a Wednesday blog post. 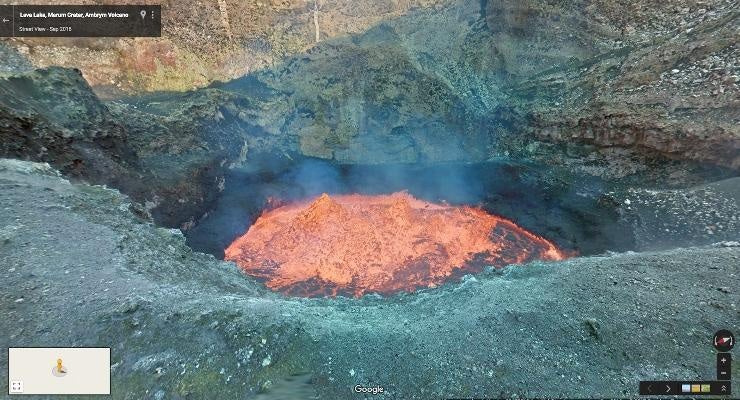 To get the incredible images, Google partnered with explorers Geoff Mackley and Chris Horsley, who repelled 400 meters into the Marum crater with a Street View Trekker strapped on their backs that collected 360-degree imagery of "the molten lava lake, which is roughly the size of two football fields," Google said.

In a statement, Mackley said standing at the edge of the volcano, feeling the heat on his skin, was a "phenomenal" experience. "You only realize how insignificant humans are when you're standing next to a giant lake of fiery boiling rock," he said. 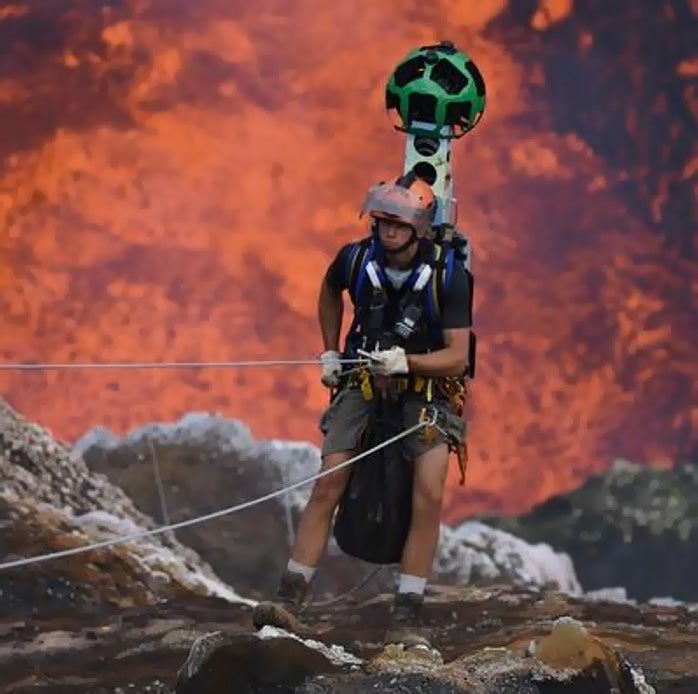 Google maps landmarks all over the world -- from the Grand Canyon to Mt. Everest -- but this is the first time the web giant has taken its Street View technology beneath the Earth's surface. The tropical island of Ambrym is home to two active volcanic cones called Benbow and Marum as well as more than 7,000 people who have "learned to live in harmony with this beautiful yet deadly natural phenomena."

Google spoke with a local village leader, Chief Moses, who explained that his people "believe that the volcanoes Marum and Benbow are devils … We believe that Benbo is the husband and Marum is the wife. Sometimes when they don't agree there's an eruption which means the spirit is angry so we sacrifice a pig or fawel to the volcano."

Vanuatu in 2015 was hit by Cyclone Pam and natives have been rebuilding the country's infrastructure ever since. Now, "Chief Moses and his village are ready to welcome travelers back," Google wrote. "He believes making Vanuatu more accessible to the world is a key step in the island's recovery and ability to establish a sustainable economy and preserve its culture."