The 4 Roles of Accountability Within Your Company

To be sure everyone knows what they're responsible for, you need to assign one of these four roles to every employee in every project.
Next Article

The following excerpt is from Riaz Khadem and Linda Khadem’s book Total Alignment. Buy it now from Amazon | Barnes & Noble | IndieBound or click here to buy it directly from us and SAVE 60% on this book when you use code LEAD2021 through 4/10/21.

When determining accountability within your company, there are two groups that should be held responsible. First, process indicators should be pushed down to the lowest appropriate level. This gives the power to act to the right person, thus empowering all levels of employees. In many organizations, decisions are made at the wrong level, sometimes several levels removed from the person whose action can impact the indicator. This not only creates confusion but distracts teams from meeting their individual goals.

The four roles in accountability

There are four roles that could be assigned to the indicators and initiatives. Defining these roles clarifies accountability and ensures that each person in your company understands how their actions impact the indicator. Each person with influence on an indicator will have one of these four roles.

1. The role of direct influence or CSF

The person with the greatest direct impact on moving a process indicator, at the lowest level in the organization, is accountable for the indicator. The indicator becomes the person’s critical success factor (CSF). The CSF takes the value of the indicator.

For example, if the indicator is “percent of customer returns” and John is the person in charge of production at the lowest level of the organization with the greatest direct impact, then John’s CSF is “percent of customer returns.” Further, if the status of the indicator is 5 percent for a particular month, then John’s CSF will also have a value of 5 percent.

Let’s take another example: “percent of undesirable turnover of salespeople.” This is an indicator that measures how fast you’re losing your sales talent. The person with the most direct influence on this indicator is the sales manager. Therefore, this is his CSF. If the status of the indicator is 10 percent for a particular month, then the CSF will have the same 10 percent value.

2. The role of cross-functional influence or CIF

Consider the two examples above. In the first case, “percent of customer returns” could be impacted by different functions, including the shipping supervisor, salesperson and marketing supervisor. As such, each of these individuals will have “percent customer returns” as their CIF, and the status of their indicator will be the same as the status of the CSF, that is, 5 percent.

In the second example, “percent of undesirable turnover of salespeople” could be influenced cross-functionally by the HR manager, who will have the indicator as a CIF, with the same value of 10 percent as the owner of the CSF.

When the roles of CSF and CIF are clarified, the owner of a CSF knows the company expects results from them, and this is motivating. The owner of a CIF knows that they’re expected to collaborate to influence the result. However, the CIF owner will also realize that it’s important to not take over the role that the CSF owner must play. Through the process of involvement, everyone understands their role and agrees with it. This increases collaboration.

3. The role of management influence or CMF

The third role is that of management influence. If you impact an indicator through your role as a manager, then the indicator will be a critical management factor (CMF) for you. A CMF measures your success at influencing results through the people you manage. For example, as a sales manager, the total sales of the six salespersons reporting to you would be your critical management factor. It is a CMF because you don’t do the actual selling, but you influence the sales through your salespeople.

If you’re a manager, you’ll also have individual CSFs for your job. Beyond watching the total consolidated number as a CMF, you have a unique contribution to make that’s measurable. For example, as a sales manager, one unique contribution and CSF for you could be “percent of your salespersons over quota.” This encourages you to pay attention to all your salespeople and help them achieve their quota, and it contributes to a long-term development of your resources. Another CSF could be “percent of salespersons that achieve 120 percent of their quota.” This encourages you to pay attention to the high-performing salespersons who work to increase the overall sales.

Related: How Accountability Can Be Your Competitive Advantage

4. The role of dotted line influence or CIM

The fourth role is the “dotted line” influence. This role is called CIM, which stands for critical influence management factor. It implies the management influence over the work of an individual in a different function (dotted line). To look at an example of a dotted line influence, let’s imagine a large department store. In the men’s department, there’s a boutique line of sunglasses. The salespeople are selling a mix of products, including the boutique line of sunglasses. The salespeople report to the sales manager of their department in a solid line for the total sales in their areas. They could have a dotted line reporting to a director in the store responsible for the sunglass category. So the measurement “$ sales of sunglasses” would be a CSF for the salespeople, a CMF for the sales manager and a CIM for the category director. 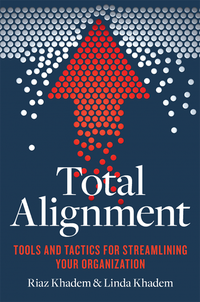 3 Reports Every Manager Should Have

Accountability: The Crucial Inner Work that Leads to Success

Want Accountability Within Your Team? Start at the Top

10 Telltale Phrases That Indicate Somebody Isn't Telling the Truth