iPad Pro Is the Fastest Tablet Ever

The A10X Fusion is the most powerful processor we've ever tested; it's significantly faster than Qualcomm's latest chipset.

By Ajay Kumar June 15, 2017
This story originally appeared on PCMag

It goes without saying that the iPad Pro is the fastest tablet Apple has ever made. That's to be expected; it's the latest and greatest slate powered by the powerful new A10X Fusion processor.

The question is how much more powerful is it? 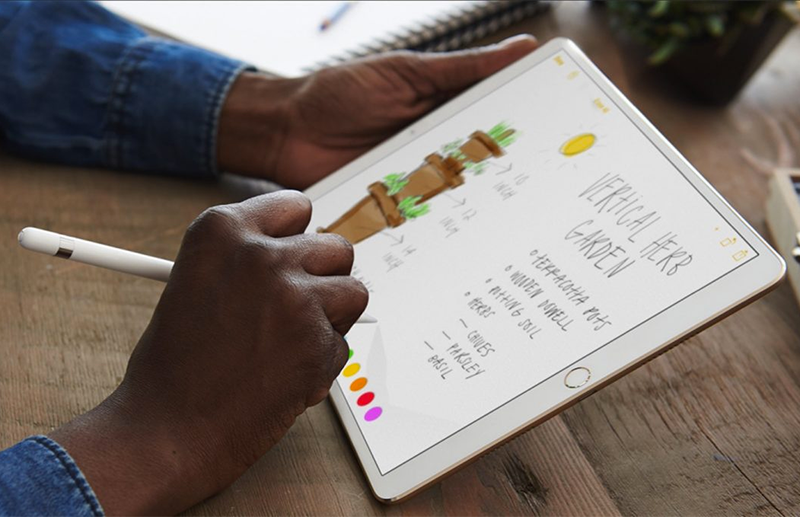 We also tested the iPad Pro using Geekbench, a measure of single-core and multi-core CPU performance. Apple has typically excelled at having fewer, faster processor cores, while Qualcomm loads its chipsets with more cores and multiple low-power cores to improve multitasking and battery life.

The bigger gap is with the iPad (1994) and mini 4 (1086). On GFXBench suite, this translates to 208fps on the T-Rex offscreen test, again a modest improvement over the 12.9-inch iPad Pro (170fps), but a big jump over the iPad (82fps) and mini 4 (48fps). The Tab S3 does no better than the iPad in this test (83fps), making the iPad Pro 60 percent faster than its primary Android competitor. On the iPad Pro, demanding games will be smoother and provide sharper graphics and better textures.

What all this boils down to is that the new 10.5-inch iPad Pro's A10X Fusion processor will be slightly faster than the A9X in speed, graphic performance and web browsing, but the gap between the two isn't big enough that the average user will notice.

Where the iPad Pro really excels is compared with A9 and Qualcomm Snapdragon-powered tablets. There, the new iPad Pro is between 30 to 50 percent faster, showing how far Apple's new chipset has come compared with the previous generations. If you own an older, non-Pro Apple device or an Android slate, you may want to give some serious thought to an upgrade.

Upgrade Your Workstation with Refurbished Apple Products on Sale