Elon Musk Gets Verbal 'Approval' for NY to D.C. Hyperloop

Elon Musk says he received 'verbal govt approval' for The Boring Company to build a Hyperloop that would rocket you from New York to D.C. in 29 minutes.

By Chloe Albanesius July 21, 2017
This story originally appeared on PCMag

How would you like to rocket from New York City to Washington, D.C., in 29 minutes via an underground tunnel? Elon Musk wants to make it happen.

The Boring Company via PCMag

The increasingly busy entrepreneur tweeted yesterday that he had received "verbal govt approval" for The Boring Company to build a Hyperloop underground tunnel connecting New York, Philadelphia, Baltimore and D.C. It would send passengers flying between the Big Apple and our nation's capital in less than 30 minutes.

"City center to city center in each case, with up to a dozen or more entry/exit elevators in each city," he said in a follow-up tweet. 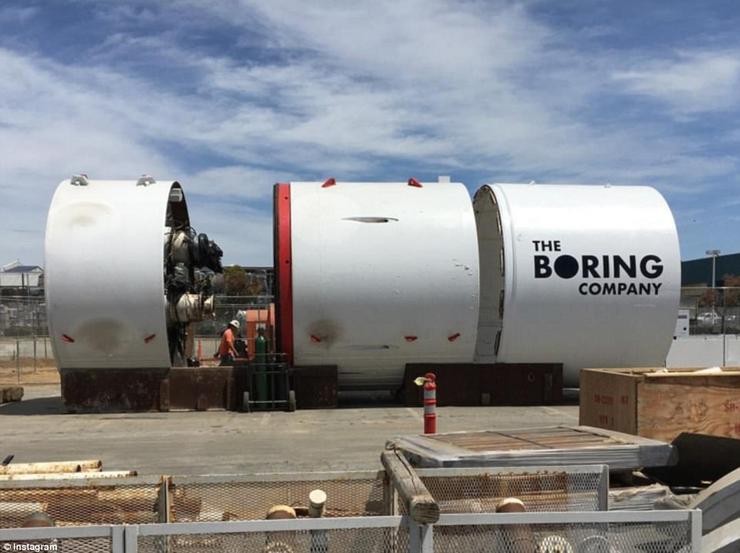 Musk did not reveal which government entity had approved the East Coast project, though he mentioned later that the City of Chicago "approached us about doing a high-speed tunnel from O'Hare to downtown." When a reporter commented that announcing a verbal agreement was "premature ... unless you're drumming up support for the project," Musk responded that "Support would be much appreciated!"

"If you want this to happen fast, please let your local & federal elected representatives know. Makes a big difference if they hear from you," he wrote. "Still a lot of work needed to receive formal approval, but am optimistic that will occur rapidly."

Musk's Boring Company is named after equipment that will bore underground tunnels intended to alleviate above-ground traffic. He first talked it up on Twitter in December, and while some took it as a joke, Musk is serious and ready to dig. In April, the Boring Company posted a video offering a first look at the underground transportation system it's hoping to develop. Drivers would pull their car onto a metal platform on the side of the road, and the vehicle would then be lowered into the underground tunnel system.

"First set of tunnels are to alleviate greater LA urban congestion," Musk tweeted today. "Will start NY-D.C. in parallel. Then prob LA-SF and a TX loop."

The Hyperloop, meanwhile, is another Musk moonshot. He first proposed it in 2013, outling a system whereby passengers would be transported at super high speeds via tubes that are constructed above or below the ground. At the time, Musk said he was too busy to pursue the project himself, and called on others to make it a reality. A few companies have made some progress, but there's still work to be done.

Musk's plans for the East Coast were met with skepticism, especially in New York City, where commuters there are in the midst of the "summer of hell." Multiple commuter train lines are not running into New York's Penn Station on weekdays until September so repairs can be done, pushing people onto PATH trains and ferries. The effort will also require coordination between several states rather than just California on the West Coast.

If anyone can do it, it's probably Musk. His SpaceX commercial spaceflight firm is currently shuttling cargo to the International Space Station, while Tesla is now producing its more affordable Model 3 electric sedan. And of course, he's eager to blast off to other planets, particularly Mars. But first, the moon?

During an appearance this week at the International Space Station Research and Development (ISSR&D) conference, Musk called for a moon base "to get the public real fired up" about space travel, NBC News reports.

"Having some permanent presence on another heavenly body, which would be the kind of moon base, and then getting people to Mars and beyond -- that's the continuance of the dream of Apollo that I think people are really looking for," Musk said.