Apple's Newest Products Are Here: See The iPhone 8, iPhone 8 Plus And iPhone X

By tbreak September 13, 2017
Opinions expressed by Entrepreneur contributors are their own.
You're reading Entrepreneur Middle East, an international franchise of Entrepreneur Media.

After months and months of waiting, the iPhone X, the next-gen iPhone 8, and iPhone 8 Plus are finally here to take on the industry. The iPhone X is definitely the star of the entire keynote, but do not count out the remaining two smartphones, as they can easily lure customers that still appreciate the previous-generation design and cosmetics. 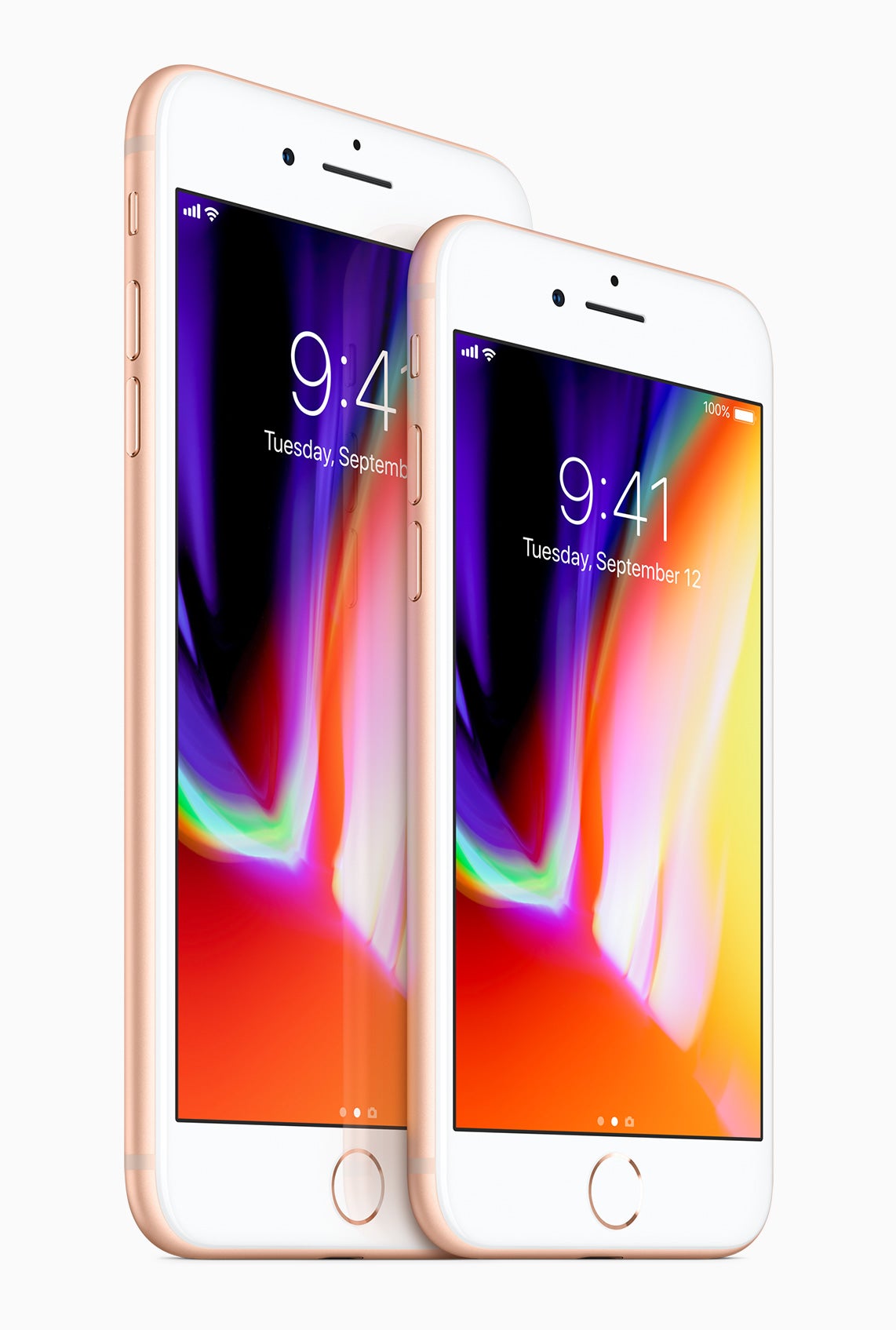 The iPhone 8 and iPhone 8 Plus will be shipped with an aluminum and glass body, making them compatible with wireless charging pads. With this immaculate yet unchanged smartphone design, both phones are also water and dust-resistant, just like their predecessors. The upgrade that you will notice is that the stereo speakers are better than the iPhone 7 and iPhone 7 Plus, being able to emit sound 25% louder.

The devices' A11 Bionic chipset is made using the advanced 10nm FinFET technology, with Apple stating that the new chip features 4.3 billion transistors, and a 6-core CPU. Two of them will help to deliver raw performance, while the remaining four will be more focused on light tasks.

Apple was kind enough to share some comparisons with the A10 Fusion, saying that the performance cores are 25% faster than the previous-gen chipset, while the efficiency cores are 70% faster. The GPU present in the chipset is said to be 30% faster, and the A11 Bionic itself is made for augmented reality.

Both iPhone 8 and iPhone 8 Plus get new 12MP sensors, with the 5.5-inch phone retaining a dual-camera set up. Apple says that its new image signal processors (ISP) deliver faster low light autofocus, a better pixel processor, and for the first time ever in an iPhone, there is hardware multi-band noise reduction.

These new sensors will process images and videos faster, allowing for swift imaging and video recording sessions. The wide-angle lens has a f/1.8 aperture while the telephoto lens has a f/2.8 aperture. The new lens is also able to take in additional light in order to process better low-light images.

Apple has also introduced a new and improved Portrait mode that will use a depth mode to select different kinds of lighting effects. This is currently in beta form, so expect future software updates to roll out a polished version. As for video recording, both the iPhone 8 and iPhone 8 Plus can recording 4K footage at an astounding 60FPS. For slow-motion recording, you can get 1080p video at 240FPS.

In addition, both the iPhone 8 and iPhone 8 Plus will get the following features: wireless charging, LTE advanced, fast-charging, and a Bluetooth 5.0 chip. Available in silver, space gray, and gold, the devices have storage capacities starting from 64GB and going up to 256GB. The iPhone 8 will start at US$699, while the iPhone 8 Plus starts from $799. Apple says that pre-order timing will commence from September 15, and they will officially be available to purchase on September 22. 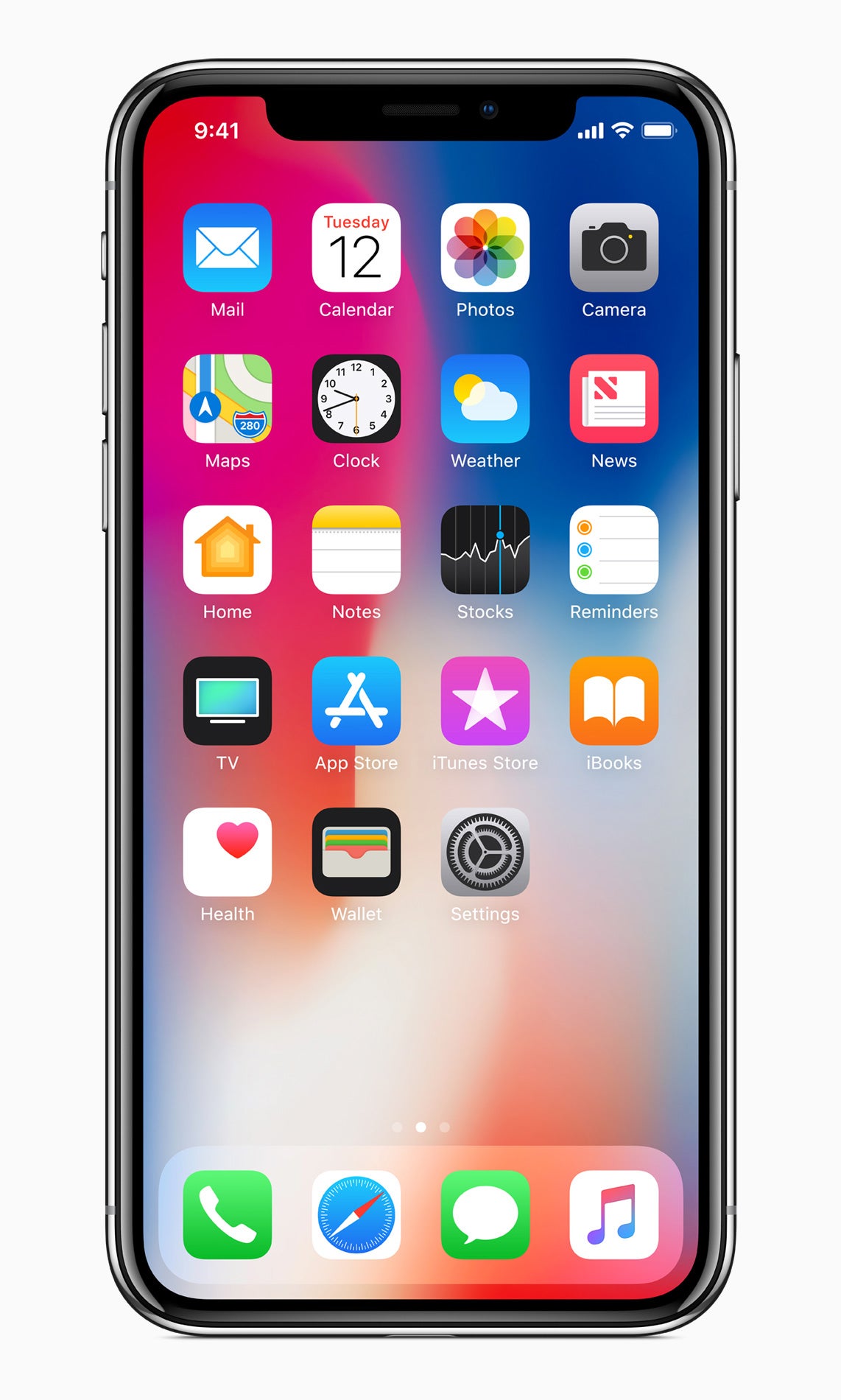 Sporting what Apple likes to call as the Super Retina display, the iPhone X takes advantage of OLED display technology and with a crisp resolution of 2436 x 1125 resolution, it equals to 2.7 million pixels. With a pixel density of 458 PPI, the iPhone X has the highest pixel density for any iPhone.

It is also rocking a bezel-less design, which will definitely upgrade the cosmetics of the phone, and put its competitors to shame. Even with such crisp thin displays, Apple states that the iPhone X is water and dust resistant at a microscopic level. True Tone and HDR-supported display are both features of the smartphone and yes 3D Touch has been retained on the 5.8-inch marvel.

It is equipped with A11 Bionic chipset, same as the iPhone 8 and iPhone 8 Plus. In addition, it will feature Face ID, with which users will be able to unlock the iPhone X with their faces, and Siri will be activated via a double tap on the side button or by speaking "Hey Siri" when near your phone. One change added here is that you will now have to swipe up from the bottom and pause for a second to view the multitasking screen.

If you’re worried about security, Phil Schiller states that the chance someone else could look at your iPhone and unlock it with their face is 1 in 1,000,000, unless you have an identical twin. Comparing it to Touch ID, he goes onto say that there is a 1 in 50,000 chance, meaning that Face ID is far more secure. Additionally, your face data is protected by A11 chip's secure enclave. (And before you ask, Apple has removed Touch ID from this phone altogether.)

The iPhone X gets an optics upgrade in the form of a vertically-mounted dual-camera system. There are 12MP dual-cameras present with larger and faster sensors for superior smartphone photography. The aperture values are f/1.8 and f/2.4 with both lenses featuring optical image stabilization and Quad-LED True Tone Flash. As for iPhone X front-facing TrueDepth camera, it allows for Portrait Mode selfies with Portrait Lighting. For video recording, you have some terrific options at your fingertips and they have been listed as 1080p video at 240FPS and 4K video at 60FPS.

iPhone X will be available in the 64GB and 256GB capacities, and yes, the rumors are true, the flagship is priced at $999 for the smallest storage version. Also note that pre-orders will commence from October 27, and the phone itself will be available on November 3. Unfortunately, this time, Apple has only made two color variants: Space Grey and Silver.

Related: Apple To Work On Original Programming For Apple TV

Effectively Manage Your iOS Data with This Manager