Professional Clowns Blame the Film 'It' for a Drop in Business

Not everyone is happy with the sensation the movie has become.

Not everyone is happy with the sensation the movie It has become.

The latest adaptation of the classic Stephen King novel broke records at the box office last weekend when it opened with an incredible $123.4 million domestically, which gave Hollywood a hit movie after three weeks of pitiful performers. But one line of business that isn't finding the same success is clowns.

The main villain in It is an evil clown named Pennywise who terrorizes the fictional town of Derry, Maine. His particular interest is snatching up children. Needless to say, moms and dads suddenly aren't setting up clowns to come entertain their kids' birthday parties.

In fact, John Nelson, a professional clown, says he's gotten several cancellations in the last few weeks due to the release of It and its marketing of the scary Pennywise.

But now he's doing something about it.

Nelson, who runs Clowns in Town with a partner, has put together a rally outside New York City's Union Square Regal Cinema in New York City to show that clowns aren't all that bad.

"Our hope is to raise enough awareness so when people think of clowns they won't think of scary murderers but people who dedicate their lives to bringing joy," Nelson told the NBC News 4, the New York City affiliate of the network. 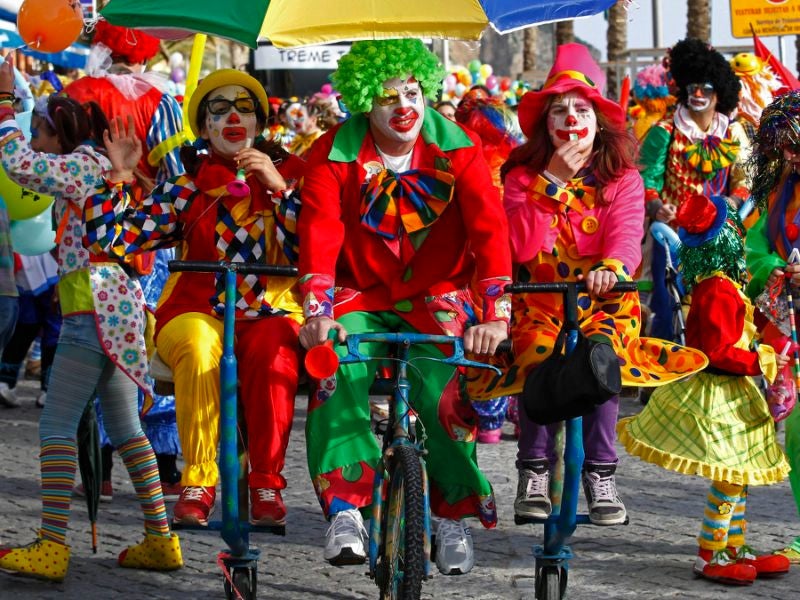 "Last week, my partner and I had six cancellations of birthday parties," Nelson said. "I have heard of reports from other clowns, in New York and other cities, that they have been canceled as well."

Because many clowns do not ask for deposits in advance and are paid on site, according to Nelson, the popularity of It has caused a significant loss.

The movie's release is just the latest hurdle for clowns. Though clowns have been the cornerstone of children's entertainment for over 200 years, in recent generations children have grown more frightened of clowns. According to a 2015 story in The Guardian on the likability of clowns, a University of Sheffield study of 250 children for a report on hospital design suggested children find clown motifs “frightening and unknowable.” And adults are scared, too. There's even a name for it: coulrophobia.