Want to Grow a Photography Business? Look Beyond the Picture.

How to stand out in a crowded industry.
Next Article

In a point-and-click age, almost anyone can manage a decent photo. Heck, I know people using portrait mode on their iPhones trying to turn their tap-to-focus "skills" into a side hustle. But, if you want to start and grow a photography business and have a chance at making a name for yourself in the industry, you must look beyond the picture.

According to IBISWorld, the photography industry has grown 1.7 percent in the U.S. in the past five years, presenting itself as a $10B industry with 235,000 jobs and 195,000 registered businesses. And slow, but steady growth is anticipated in the coming years.

If you want to make some headway in the photography space and be more than a part-time face behind the lens, it's important to have perspective. Your own perspective, that is.

To help you figure out that unique angle, here are some pieces of advice from the artist behind arguably one of the most well-recognized perspectives of portrait photography in the world.

I had the privilege to spend some time with world-renowned photographer Martin Schoeller at the headquarters of Pernod-Ricard in New York City, where he was highlighting his work that's showcased in the company's annual report. We chatted about his beginnings, his artistic perspective and where he suggests young photographers -- or those new to starting a business -- begin.

Have a unique style

Photography as an industry has shifted a lot in the digital age. Whereas you used to have to have some technical knowledge to capture an image -- f-stops, exposure, aperture, etc. -- now all you need to do is take out your phone and you'll get a good picture. For those with true expertise and talent, it's now harder to really stand out. If you want to, you'll need to present something unique.

"It's now tougher for photographers. You have to figure out how to reinvent the wheel, or at least be different from everybody else. Come up with something that's very different; something that feels unique," Schoeller says.

Schoeller isn't the only person advocating this approach. Ron Suzuki, a Military Veteran who started RYMS Photography in 2009, admits that when he started, the technical abilities were important, and he was able to grow quickly because of that. But, now the environment has shifted and it has to go beyond the technical.

"Everyone can take a decent image with a few training sessions on YouTube. The real income today is in transcending the norms of photography. People now pay for a certain style that they know an artist can produce, that no one else can duplicate," Suzuki says.

In the 90s, Scholler was struggling to get his vision communicated to magazine editors. During an era of "huge sets with big production value" he presented the idea of simple, close-up portraits, a juxtaposition hard for those around him to grasp. He started showing close-up portraits he took of friends, but found it difficult translating the vision to editors, who were having a hard time envisioning this style in their publications.

But, he stuck with his vision. In late 1998 Schoeller got an assignment from Time Out to photograph Vanessa Redgrave.

"I took this close-up picture. She has this little smirk on her face and she looked really good. It just changed overnight. All of a sudden, all of these other photo editors saw the picture and they're like, 'Oh my God, this is something new and different from what we normally do.' I went from five jobs to 127 jobs in one year," Schoeller recalled.

While this assignment was a clear turning point for Schoeller, it was anything but an overnight success. This was working for years to get his vision defined, articulated, and communicated.

His advice to those struggling to communicate their vision: Stick with it.

Think of more than just the picture

Getting a portrait taken is often an emotional situation. Those focusing on capturing the human element in photography need to make their work with clients about more than the picture.

"When you're just focused on the pictures, it's 'Hold still. Chin up.' That doesn't make anyone comfortable. I try to get them away from the idea of being photographed." Schoeller says.

"You have to constantly talk to people, entertain them, make them laugh, ask them questions. Oftentimes, I'm just sitting there listening to their answers and I'm not taking pictures. I take a couple pictures and ask another question. It's almost more like an interview situation; like a dialogue that I have with the person."

Alyssa Peek, owner of Peek Photography, knows this to be true for her business. She advises aspiring photographers to view what they do as more than just taking pictures, and to be laser-focused on the audience that they serve to create the best possible experience.

"The product, a headshot, is a commodity. Anyone can take a photo, even a selfie, and use it as a headshot. Which is why the photographer has to offer more than just a photo," Peek says. "I focus in personal branding for women entrepreneurs over 40. It's specific. It's intentional. It's because I know how to create an experience for them that's not just about the pictures -- it's about empowerment and confidence."

Have a unique style, communicate (and stick with) your vision, and make working with you more than about the photographs. Three solid pieces of advice for standing out in the photography marketplace. 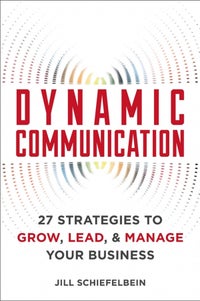 Set up a Professional Photo Studio Anywhere with FlashBooth

Thinking of Starting a Photography Side Hustle? Hone Your Skills With the Help of This Training.

Expand Your Skill-Set and Learn Photography and Photoshop From Professionals Who Have Worked With Marvel, Kanye, and More